The Vancouver-based artist is self-taught, working in a variety of media including but not limited to sculpture, drawing, painting, and sequential art. He often works with needlepoint and discarded cardboard material, typically food packaging items to make sculptures that merge the visual language of folk art and western life. The advertising and labeling often get lost as they become colorful components, making up visually striking sculptures and paintings that are singular in style and form.

While the work tends to speak loudly, the press release is skint in word count. Offering poetic fragments or clues such as “there are seven shades of sugar in Heaven and rivers of vinegar in hell” and “we are Western Chicken, living vicariously by the sea”. 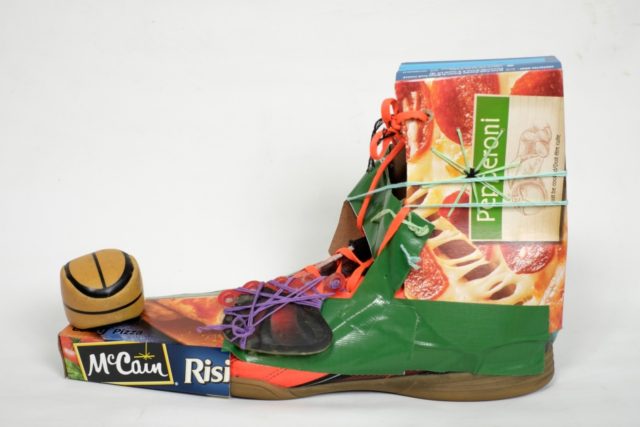