With ‘T.A.G.’, Kulesh has taken the idea of post-digital art and applied it to clothing, and so to the body, building on her ideology of jumping on the “mass wave of digital representation that was washing over us, and using it to our advantage”.

The six-piece collection consists of three outerwear garments as well as three base-layer pieces designed to provide “real world support”. She’s re-worked a men’s fly fishing vest to include 14 pockets, including those designed specifically for smartphones and lined with an electromagnetic protective fabric called Colbaltex.

Similarly, the base layer pieces feature holes at the knee and elbow joints equipped with “Crystal Catalyst 3-Hole Resonators that transform Electro Magnetic Frequencies into harmonious frequencies and foster a ‘stress-free’ environment for your body to function in”. 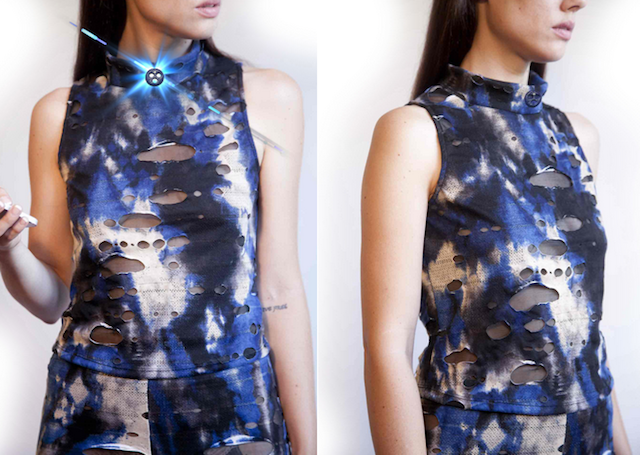