La rue St Michel from Rennes (nicknamed Rue de La soif or Thirst street) has a long history of spilled alcohol, good music and a few fights (even a few suicides), but no-one will deny the amazing attraction that all its bars & paving stones generate. 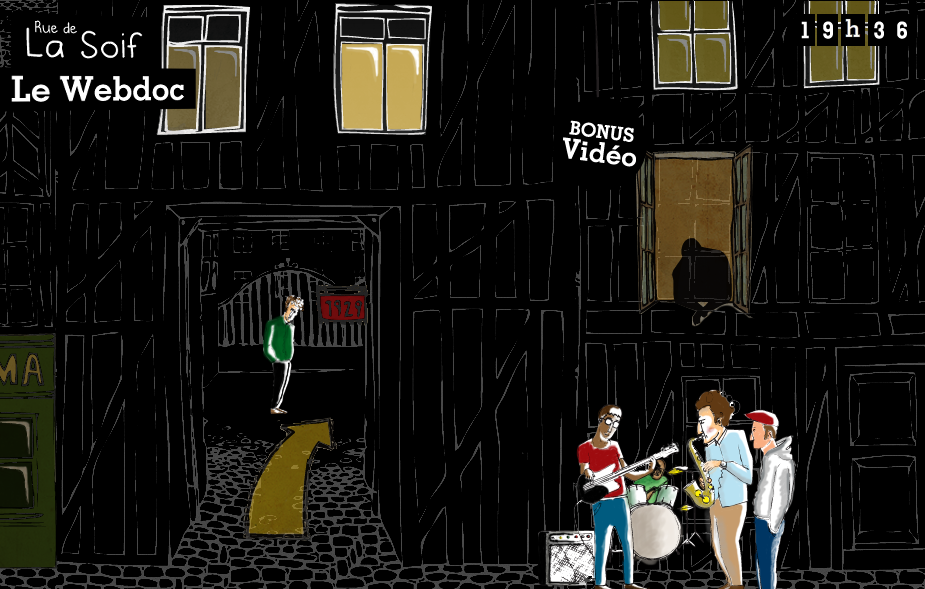 Besides its Saturday food market (one of the biggest in France) it’s advanced music festival “Transmusicales”, those galette-saucisses, the fanfares,  and all the culture & history this city oozes, Rennes has always been a night-life seeker city.

The local newspaper Le Mensuel has elaborated this magnificent interactive Webdoc that despite being in French it perfectly captures the essence not only of the busiest Rennes street but the amazingly positive spirit (well… mostly) of its young passersby.