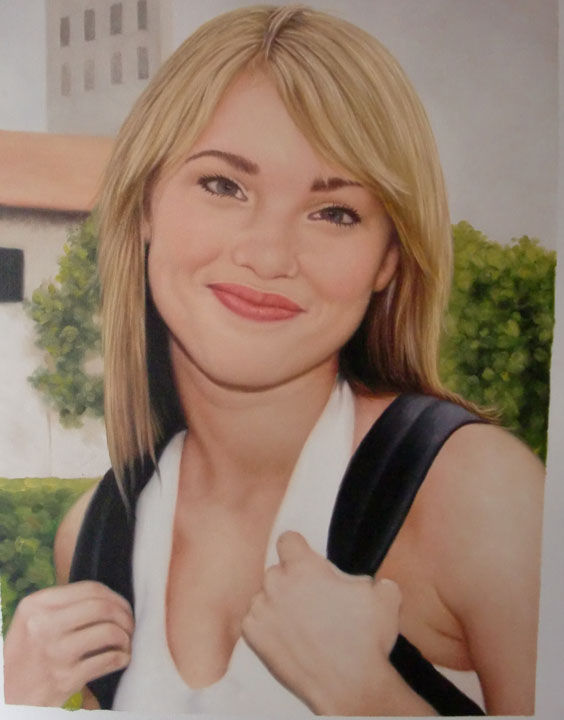 She is the most annoying girl of the Internet indeed, the face that would always appear when you couldn’t find a domain, the smile you simply don’t want to look at because you know you’ve reached a dead point…. the most “infamous girl in the recent history of the internet”.

And Parker Ito loves her, so much he keeps producing & portraying her to the infinite and beyond.

Mr Ito asked orderartwork.com, a Chinese company which makes oil paintings on-demand, to create a series of paintings based on a single image which would be broadly familiar to Internet users—a stock photo depicting a smiling, blonde female wearing a backpack which (amongst its other usages) a “parked domain” company called Demand Media employs to catch the eye of Web surfers who accidentally click to the sites it owns.

The resulting work–The Most Infamous Girl in the History of the Internet–exists as both these made-to-order paintings as well as a heavily re-blogged Web meme.

In regard to the paintings, they might be considered in relation to Warhol’s Marilyn series of silkscreened paintings. Both Marilyn Monroe and “the parked domain girl” are icons of emptiness. Monroe was a blank slate for sexual desire, the parked domain girl is a symbol of sites without content. 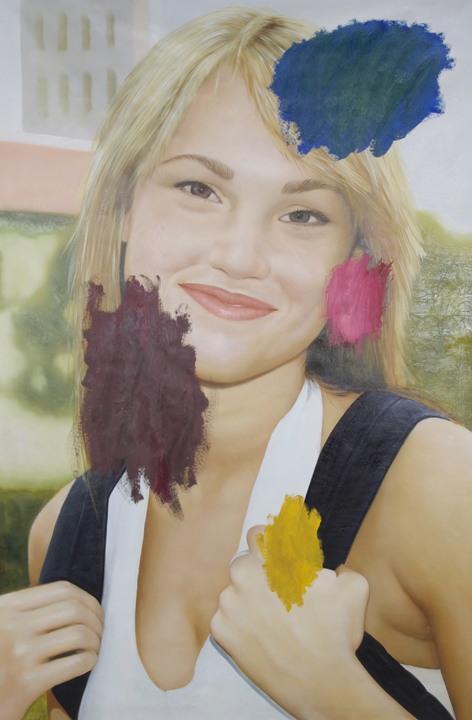 Ito, picks up on the fact that an icon like the “parked domain girl” is not even based on a “real life” star—she’s an icon who short-circuits the previous paradigm of stardom. In the wake of the Internet, pop culture is something consumed and lived amongst; there is no need for pop to reference a real world as the real world is to a great extent pop.

A model posed for the photograph, yes, but that model is anonymous; the parked domain girl’s identity is entirely native to the sphere of pop representation on the Web. By hiring a company to create hand-made oil paintings of the parked domain girl, Ito brings her into the realm of “real life” for the first time.

The rest of the “infamous girl” series by Mr Ito & some of his other pop & sexual art on his even more familiar website.