Despite being published a couple of years ago Peter Bagge’s latest compiled acidity hadn’t been translated to Spanish up to now. La Cupula just published in Spain this very particular view on the always contradictory American society.

Mr Peter Christian Paul Badge has never had a problem when talking about typical “taboo” subjects such as the way the American goverment reacted @ the 11-S, the dominant role of religion in the U.S., the right for gun ownership, abortion, intelectual property… that’s why despite having illustrated for over 30 years now, his works & aggressive (in a good way) tone has never become too mainstream.

“Everybody is stupid except me and other astute observations” (nominated to the Eisner awards) is finally being translated with a bit of a delay (19€), but at least we get those satiric & sometimes too cynical observations we’ve come to appreciate…. his very personal & autobiographic “journalistic comic”.

Peter does all the work himself, writing, illustrating and coloring and with a very 60s cartoony style which hasn’t really evolved since  he published one of his first and most acclaimed comic-books “Hate”. 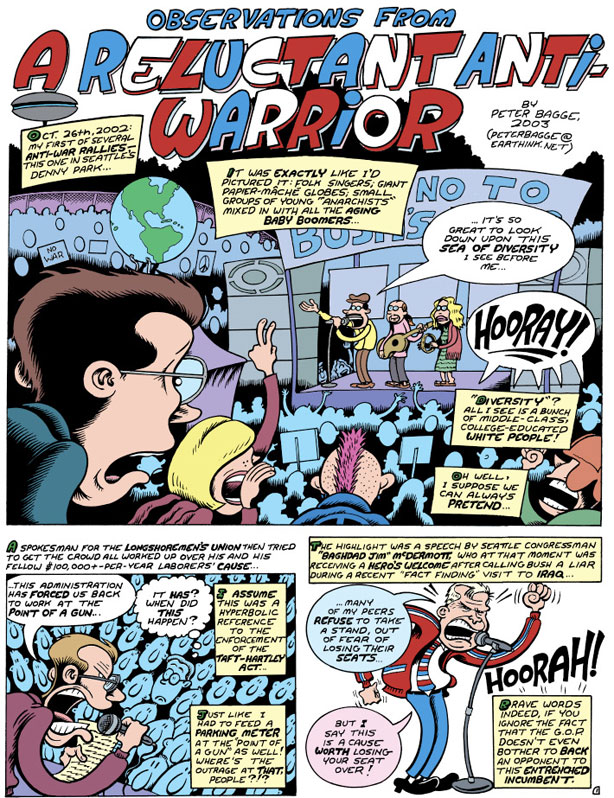 “Bagge cartoons himself as a confused Everyman, perpetually attempting to make sense of a society-gone-senseless. If Bagge is a curmudgeon, he tempers the attitude with a willingness to laugh at everything—even himself. If a documentarian, he is an interpretive and exaggerative one. If a social critic or polemicist, he brings to the table a rare combination of backhanded affection and rambunctious humor”. 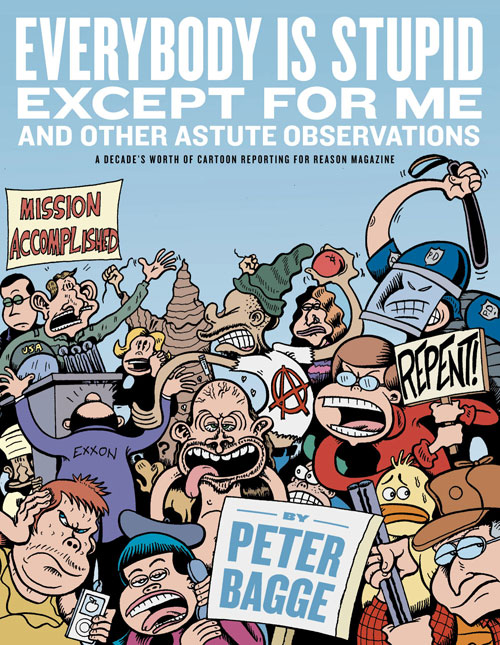