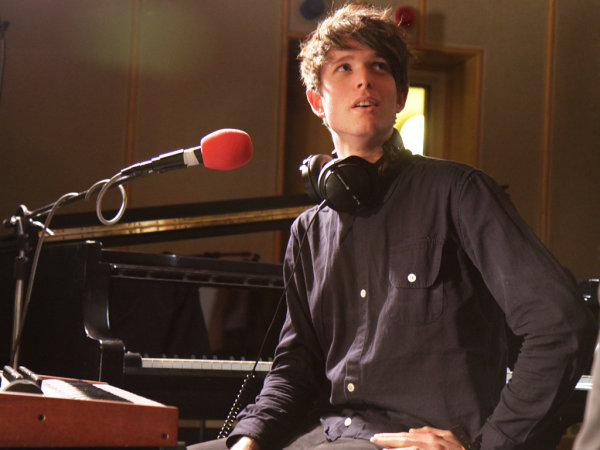 James seems to have enough pedigree to put up with this pressure… at least for the next year or so… having attended the prestigious Latimer School in London being a kid (and not talking about his own father’s influence & education) the young promise started blinking with his launch of debut 12” ‘Air And Lack Thereof’ 2 years ago and the much more welcomed Klavierwerke EP last year; and as if he had been producing sounds for over a decade with the grace of a genious without the sometimes unnecessary eccentricities of Mathew Herbert, Blake is now on everyone’s lips.

(Let’s not forget that “Limit to Your love” – a cover of a song by Feist – went from underground anthem to the B-list at Radio 1 and has become a major hit combining Blake’s always fragile vocals with dubstep dynamics).

JB is enjoyable, not in a pop or electro or any other puristic dubstep sort of way; but it is very enjoyable from you melancholic coach. Taking minimal doses of down tempo, chamber pop and his “new sounds” Blake uses, and overuses an auto tuner for his soft delicate voice and a solid piano base to build up his first creation. Very soul, but a combination which works very irregularly.

From the “experimental” insipid interludes (Lindesfarne I) which by building an atmosphere prior to the much more complete LII it gets us to crack up around his random bings, to the next hit (and single) Wilhelms Scream, there’s a variable repertory of hard to classify pieces (a big on-line battle trying to define JB with a unique style is now in place… he doesn’t have to have one you see).

Let “I Never learnt to share” loop around his guiltiness go in crescendo to a dirty organ mix (becoming one of our instant-favorite tunes from the album), one of the few without his characteristic & long “reflexive” silent pauses. Or let the classic Give me my month” and the following “To Care(like you)” reflect his true potential without the need to hide behind any artificial flavoring, either way you have some good choice here.

A very personal debut album with a solid but tiring game of vocoders & intelligent lyrics that rumbles between the static & lonely minimalism of the latest Brit music. Apparently the album has managed to stay pretty much the same as when he made it in his bedroom turning record companies offers down one after another… a protest album? Nope, despite studying Popular Music @Goldsmiths, one of the English institutions most hardly hit by the new government art expenditure cuts.

Thick texture that gets richer with his natural voice but gets irrational when making obvious comparisons with other solo projects (Antony?)… more to come, so add him to your 2011 Spotify list.

Btw… the album may not come out until next Monday… but you know where to find it on the net right?