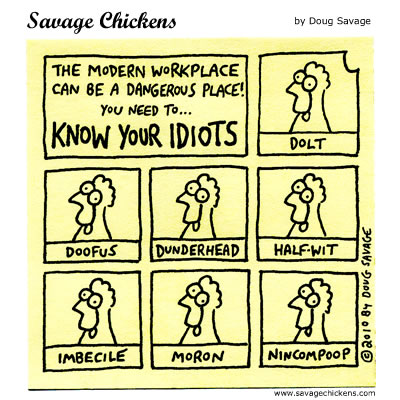 By now you’re probably aware of one of the Internet’s most successful memes: Doug Savage’s irreverent Chickens (a bit like Ravin Rabbids)….

Doug is a left-handed office worker who one day released all his irony & cartoon potential through theSavage Chickens, at first in the office then on sticky notes using a Staedtler pigment liners, now he posts them on his blog. Stupidly funny, many of you working in an office might very probably identify yourselves with these chickens. 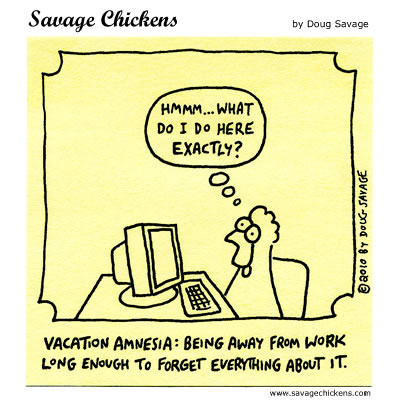 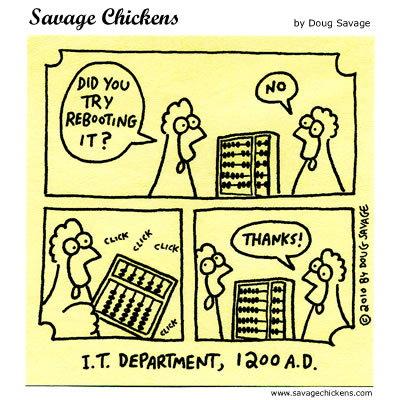 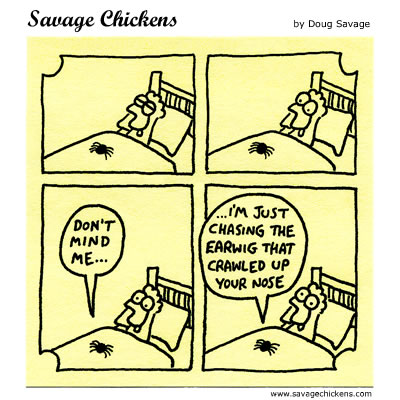 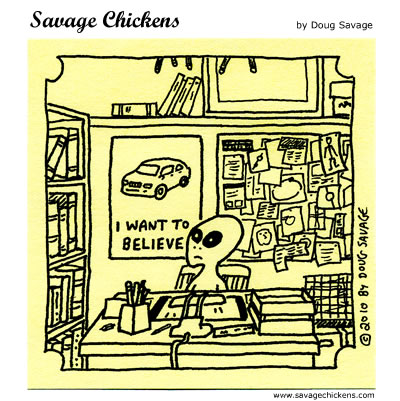 For more chickenologies visit his website… oh! and Doug is preparing a book for next year!