I think: it takes a real asshole to agree to do a poetry review.

I am sitting under a makeshift coconut-shaped hut somewhere down the Mexican coast, flipping through the digital pages of City of God, Harry Burke’s new book of poems accompanied by the architectural drawings of Alessandro Bava. The only rain the blazing week has seen drizzles through the gaps of the straw roof and collects around my toes. Nearing the end of my first sober month in more time than I can adequately understand—and the longest I have been away from Berlin since moving there over three years ago—I am feeling things through a skin so thin the sun leaks through. 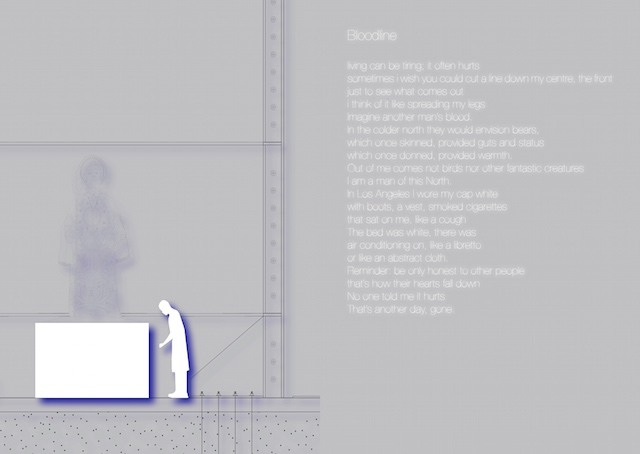 A great writer recently wrote, of her own book reviews, that they were actually “book reviews about myself”, echoing a long-held (and weakly debated) literary conviction that everything a writer does is, in the end, about herself. It applies to other things too, things less transparent; everything is personal, especially the political. And so when I read City of God, all I can adequately feel is my own skin burning through. There is no way to write an objective review, and to disguise it as such feels dishonest in a way that to me is altogether unforgivable. I love City of God because Burke’s pain is my pain, his regrets, his longing my own; I love it because in that moment, I am it.

I had been reading Erica Jong’s Fear of Flying while flying the previous week, but the irony didn’t strike me then, and why would it: it wasn’t irony, it was chance. Besides, it should have been called Fear of Everything, or A Manual on How to Escape Yourself, and I needed it more than I needed the food I had finally begun to eat again, so that when I read Burke’s line “Life is the thing that you make when you’re free,” I looked up at the blue horizon and down at my naked skin and knew I was freer than I had been in a very long time. 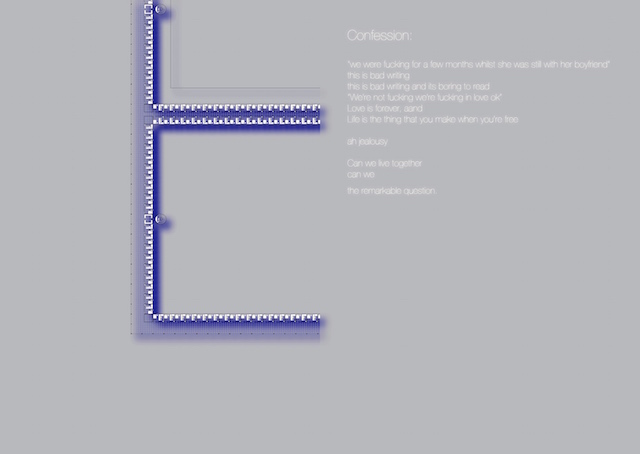 I read the book out of order, jumping from front to back to middle to front, reading certain sentences in isolation, skipping entire poems because in that heartbeat of a moment, the title did not suit me. Which is to say: I read it truthfully, according to my heart. Because I did this, listening to the truth beyond the book, I liked it more every time I read some lonely fragment of it.

Every line in the book brings something. When, in ‘Confession:’, he writes “this is bad writing / this is bad writing and its boring to read”, it is Anne Carson’s “My personal poetry is a failure” and the imposter syndrome that any self-respecting person I know lives by every day. When, in ‘confes’ he writes “if i was a poem i wouldn’t be me / a poem shouldn’t be an apology”, I actually feel my eyes well up. It’s mortifying. But no therapy can bring you that level of understanding, that catharsis, and I stand by that. When, in ‘Wednesday’, he writes “Time is really long : ( / time is like a thing”, you can’t help but laugh at the banality, like in Eileen Myles’s ‘Peanut Butter’ when she describes buying it in the “largest supermarket you know”. Even banality is beautiful, do you get that? When he writes, in ‘romance poems :)’ that he is “just fine and for the most part incorporated”, I decide that this is how I will answer the next time I am asked how I am. Truthfully. And when in ‘9th of October, that time’ he writes “Night doesn’t die / jus (sic) moves away sometimes”, I think of nothing else, and I think of everything I have ever known. 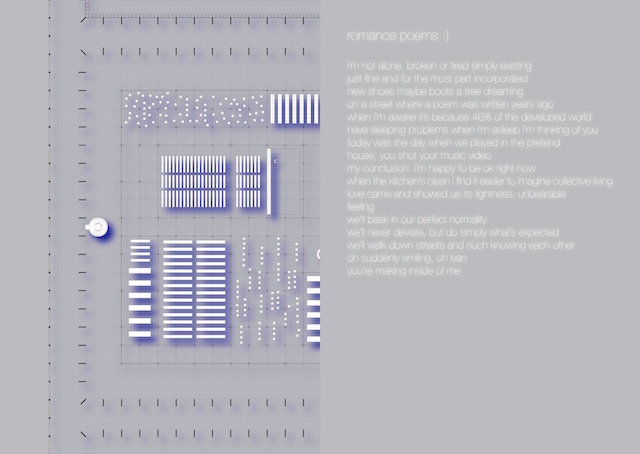 Somewhere towards the end, Burke writes “A pin drops but there’s no gravity in the void” and my sunburnt skin prickles in direct response, and try as I do to reason with myself, in the end I don’t. We are in the City of God, and there is no reasoning with poetry, or the truth. **

City of God by Harry Burke and Alessandro Bava was published by Version House in September, 2014, and is available for digital download.