What happens to an internet musical (micro)genre once it falls out of the spotlight? Does it dissipate into a cloud of free-floating data, or perhaps mutate into new, increasingly-ephemeral forms? Genre identification is, primarily, a tool for music writers. It serves as shorthand or a reference point, casting a cohesive net over the chaos of ever-emerging sounds, threading them into genealogies and timelines. The creator or discoverer of a new genre becomes a mage who symbolically turns word into flesh, and their instincts and premonitions into actuality.

Grouping seemingly disparate artists into a category (even if it requires a certain shoehorning in its initial stages) and giving it a name is perhaps one of the apex moments in the critic’s career. If the label catches on, the writer becomes the pioneer of new lands, forever entwined with the genre, as Simon Reynolds became when he noticed a commonality between bands that made music “using rock instrumentation for non-rock purposes, using guitars as facilitators of timbre and textures rather than riffs and power chords”, and called it ‘post-rock‘, or as Mark Fisher later did when he assigned ‘hauntology‘ to an aesthetic that occupied vaguely-shared, spectral terrain of the early 2000s (the Ghost Box label, Boards of Canada). 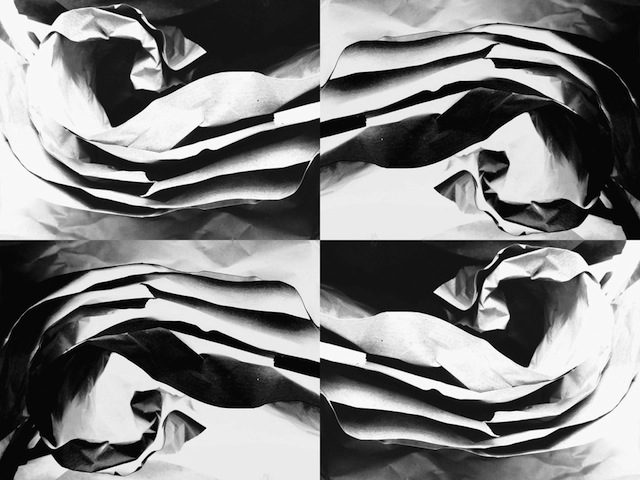 The history of unfortunate attempts to demarcate new genres proves its abiding allure. In the mid-1990s, Melody Maker announced the dawn of ‘romo‘ – a movement said to originate in London clubs, whose denizens attempted to exhume the 1980s new romantic style from its then-current cultural entombment. Simon Price and Taylor Parkes’ hunches were sound (the decade was due for reappraisal shortly afterwards), but it proved to be a false start: the music paper, intending to promote the genre, resorted to the invention of fictional bands such as I Dream Of Wires, whereas genuine romo acts such as DexDexter or Plastic Fantastic barely expanded their promise beyond a demo or the odd single.

The failure of romo was not exceptional: there is a long list of genre labels which never took off, like the brief ‘new wave of new wave’ used to describe a more punk-informed version of britpop, or ‘arsequake’ (aka ‘stoopid’) in which jarring guitars meet Beefheartian absurdist humour. More recently, The Guardian made a bold-but-perplexing attempt to put the myriad of newest musical styles in order, resulting in such contrived terms as ‘ooze’ (“The creepy lo-fi hypnotica made by Salem, Laurel Halo, Hype Williams and Motion Sickness Of Time Travel (…) Sleazy, queasy and distinctly uneasy”) and ‘nightbus’ (“A charmingly apt name for all of the sensitive poshboy quasi-dubstep pleasantness that’s followed in Burial and James Blake’s wake: too fey for the rave but ideal for when you’re riding home – alone – on London’s N68”).

One can argue that the trend for ‘microfication’ began in the 1990s with the expansion of the dance and electronic scenes. The initial categories of ‘techno’, ‘house’ and ‘ambient’ began to pullulate at speeds which made them difficult for listeners and reviewers alike to trace. Many of the eventual, ephemeral, subgenre names were coined by artists themselves who wanted to stress their individuality and progression into new territories, something which the climate of the time still allowed. Hence, within the trance music scene, one could find ‘progressive trance’, ‘Goa trance’, ‘deep psytrance’, ‘hard trance’, etc. ; the vast category of ‘ambient’ included sounds from mild new age to industrial-inspired ‘dark ambient’ (aka ‘isolationism’) – and the current state of affairs is perhaps a consequence of this trend towards splintering.

When Adam Harper (@RougesFoam) published his article on ‘vaporwave’ and ‘distroid’ – microgenres which he announced as a soundtrack for the era of accelerationism – he grouped together artists who, despite a shared interest in recycling outdated 1990s futurism and dismantling techno-optimist dreams, were somewhat diverse in musical terms. Among them were the near-EBM Gatekeeper; shape-shifting ex-Skater James Ferraro, who, after releasing the genius satire of ‘Far Side Virtual’, drifted towards more conservative, hip hop-soaked latitudes; Fatima Al Qadiri, at the time drawing inspiration both from 1990s rave and chopped & screwed hip-hop; and the warped, web-inspired Muzak of INTERNET CLUB/New Dreams Ltd. This congregation, even though it appeared a little squeezed and stretched to fit Harper’s strategy, proved successful; it seemed that by finding parallels and amassing them under a single umbrella, he tapped into the zeitgeist. ‘Vaporwave‘ as a term therefore made the jump from margin to mainstream – ‘distroid’, on the other hand, failed to gain a foothold.

Yet the moment of coinage simultaneously announced the death knell of the genre, or, more accurately, the turning point at which the originators began to lose interest in the aesthetic, while newcomers, now equipped with guidelines (a contemporary take on Sniffin’ Glue’s famous ‘Here’s 3 chords, now form a band’ punk blueprint), began to follow the formulaic, quick-fix procedure. The method was easy: take a piece of relaxation music from the 1990s or a down-pitched, looped excerpt of adult contemporary pop, and connect it with lurid VHS visuals (Callanetics, soft drinks, telephone hotlines, TV shopping) or floating geometric forms in quasi-holographic 3D. The music itself, once the genre’s boundaries had been mapped, took a step backwards: most of the tracks made by Dreams West, Luxury Elite, Infinity Frequencies and other projects associated with the vaporwave label were, even when entertaining or near-haunting, still no more than clones of Oneohtrix Point Never’s ‘Nobody Here’, which itself owed a debt to V/VM’s earlier adaptation of Chris de Burgh’s much-loathed ‘The Lady in Red‘, albeit that the former extracted poignancy from pop schmaltz, whereas the latter attempted to make the banal grotesque. The sparks of critical, punky attitude and biting commentaries on consumerism emphasised by Harper began to exist on a par with pure internet ‘lolz’, thus corresponding with the roots of many microgenres – Reddit, tumblr and 4Chan. Creativity persisted as long as vagueness, anonymity and a sense of elasticity were present, although one could argue that this was a similar state of affairs in analogue times.

“As soon as you name something, it’s going to take off and die”, judged Chaz Allen, aka Metallic Ghosts, when interviewed by Chicago Reader. Such reluctance towards pigeonholing, and the act of distancing oneself from a genre is shared by Alan Palomo of Neon Indian, a project described as ‘chillwave’: “now it’s just a blogger or some journalist that can find three or four random bands around the country and tie together a few commonalities between them and call it a genre”, he complained to The Wall Street Journal. Chillwave – a term coined by Carles, author of the Hipster Runoff blog – was predicted by the WSJ to become ‘the next big trend in music’. Carles claimed that it “sounds like something playing in the background of an old VHS cassette that you found in your attic from the late ’80s/’90s”, but that’s not necessarily true – some associated with the genre are closer to the Boards of Canada branch of atmospheric electronica, whereas others bring to mind the ethereal pop of 4AD.

Yet similarities between particular artists were more aesthetic or mood-based than strictly musical: hints of late 1980s nostalgia, a gaudy palette borrowed from the era’s videos and adverts, the idyllic vision of an ‘eternal California’ beach vista, sunset and youth (hence the popularity of Neon Indian, Washed Out, et al. on the summer festival circuit). Perhaps ‘mood’ is the key factor here, as it powers the choice of films, music and images in the age of tagging. Netflix has introduced the microgenre strategy of descriptive categories, which enable the user to find films according to their taste and frame of mind – instead of searching, broadly, ‘comedies’, one can browse specifically for ‘Japanese comedies about robots’. Likewise, multimedia aggregators such as Pinterest and Tumblr encourage the user to immerse themselves in an atmosphere defined by a handful of tags, rather than thinking in categories per se. This is the means by which the most ephemeral of all microgenres, seapunk, emerged: visual associations (#neon #sea #glitter #dream #mermaid #dolphin #newage) developed into a coherent image. The underwater aesthetic gained mass appeal (e.g. via Azealia Banks), but attempts at attaching music to it were forced and inconclusive.

This turn of events comes as no surprise when one examines the bandwagon phenomenon in music: once initially-refreshing trends enter the wider arteries of the entertainment business, they’re followed by a legion of imitators who tick off the main features of the style, but do so in a contrived, heavy-handed manner. There’s always something intuitively wrong about the copycat. In the early 1990s, this process could be observed in the grassroots ‘Madchester‘ scene, further developed by the music press/business as ‘baggy’. The disturbing madman-clownage and tainted funk of Happy Mondays was followed by the lumpen dance-rock of Flowered Up; the psychedelic, starry-eyed prophetism of The Stone Roses soon found its insipid mimics in Northside. Much later, a similar thing happened to witch house (or ‘haunted house’); a vague genre which came to life due to a Last.fm user tagging disparate artists who shared an interest in a ‘dark’ sound (S4LEM, oOoOO, Zola Jesus), despite drawing inspiration from various sources, and which became an aesthetic as momentarily-inspiring as it was maligned and expected to swiftly perish. In this instance the label wasn’t invented by a journalist, but it stuck due to circumstance: what may have been tongue-in-cheek, certainly an act of private categorisation, evolved into a fully-developed genre thanks to the media machine (“The NYTimes just did an article discussing Witch House, so there’s no going back”, complained Todd Pendu of PenduSound). This state of affairs lasted for around two years, with elements of witch house being thoroughly digested by the ‘indie mainstream’ (blogs and tumblrs, fashion, photography), the peak of which was achieved when the characteristic mood of distortion and digital spookiness was borrowed by Chino Moreno from nu-metal band Deftones – and blended with a conservative post-grunge rock song.

What happens then to a microgenre once the charm of being ‘the new new thing’ evaporates? It remains to be seen whether the seapunks of today will, decades on, be found arguing over the exact boundaries of the style, acting as caretaker-archivists in the same passionate manner that followers of northern soul or jungle do nowadays. There is a cyclical nature to the genre process, from coinage to curation, with the boundaries themselves sometimes re-appropriated or redefined. Lately, many acts who were initially labelled ‘witch house’ or ‘chillwave’ have been re-described using vocabulary from 20 years earlier: terms like ‘shoegaze’, once referring to woozy guitar indie, have now been attached to a sound based on distorted samples and drum machines. Likewise, another obscure term, ‘darkwave’ – reserved in the 1990s for synthesised, often theatrical goth rock (Diary of Dreams, Deine Lakaien), and as such considered vaguely cheesy, has been revived to describe artists who attempt to rehabilitate the gothic aesthetic and, to an extent, its cold synthetic sound. This move might appear retrogressive and broadly sweeping, but at the same time it stresses genuine similarities and historical continuity. For after all, aren’t most web-based microgenres primarily based on borrowing; on ferreting around in forgotten areas; on revival, recovery, and making the maligned shine once again? **