Angel Haze (aka Raeen Waya) has been through a lot. As the Detroit-born itinerant currently based in New York, the audacious 21-year-old hit her buzz with the choppy, postured welcome of ‘New York’. A fragmented sample from the late Gil Scott Heron’s ‘New York Is Killing Me’, Waya announced her arrival to hip hop by a personal power anthem built from the defeated alienation of Heron’s personal New York. Inverting the original track’s downbeat foundation, she daringly compared herself to mouth-y predecessor Lil Kim and took ownership of a city she’d barely set foot in since her early teens as an occasionally homeless product of an Evangelical household. An EP, Reservation, followed in July this year -referred to by some as a mix tape but more a free full length album -offering a glimpse into a rising star’s fearless attitude and boundless confidence. 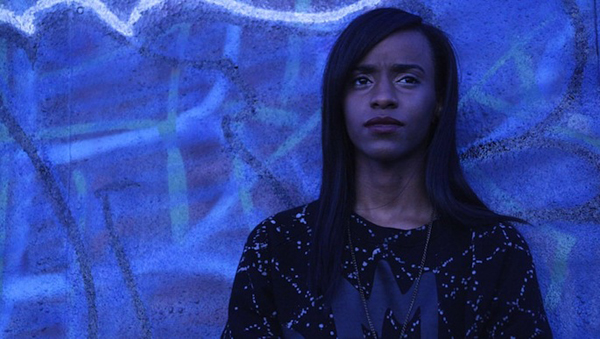 It could very well be that postured audacity that saw London be the first to embrace Angel Haze over the US might  have happened after signing to Universal Republic, attesting to her disdain for rap, her love of poetry and maudlin admiration for Eminem. Yet, by Reservation, the title lived up to its title by taking her position as an artist to watch before dropping the emotional bomb of Classick last week. Six tracks, lifting beats from the confrontational likes of Eminem’s ‘Cleanin out my Closet’ and Missy Elliot’s ‘Gossip Folks’ where Waya doesn’t even bother to change the track titles, only laying her own flow over the top of the beats, adding another dimension to the existing social comment with something even more explosive.

There’s an incredibly insightful account of the cycle-of-abuse in misogyny of ‘Bitch Bad’, and power anthems laid over the tracking of Lauryn Hill’s call for self-R.E.S.P.E.C.T. in ‘Doo Wop (That Thing)’,  (“never love a man that will treat you like a ho”) before dipping into the emotional soul of Jay Z’s ‘Song Cry’ (via Bobby Glen’s ‘Sounds Like a Love Song’) and the grooving RnB of ‘Love of My Life’. That’s when  the  unassuming warning of “parental discussion is advised” drops out into the jarring pain and anger of a childhood blighted by sexual abuse, revealed in an explicit, confrontational and honest narrative. As Angel Haze confesses, “there’s a story behind every single scar that I show,” it becomes apparent that those scars surface as the postured offensive of the persona we’ve all grown to know, with the triumphant declaration of, “I came from the fuckin bottom”.