Coming up from the wave of 90s New Age synth is 22 year-old Estonian-born artist Maria Minerva (aka Maria Juur). She’s studying full time at London’s Goldsmith’s University and, fueled by the energy of youth, has managed to release a 12” vinyl and a full-length album (on cassette, of course) in 2011, only to generate bigger buzz for yet another album this year, Cabaret Cixous. It’s no surprise ultra cool purveyors of everything weird and American Not Not Fun have taken her on board. Minerva might not be from their side of the iron curtain but it seems like she hasn’t wasted any time absorbing the LA Vampires and Pocahaunteds of the Californian underground and given it her own spin.

It’s definitely the Internet, but it also could be the fact that Minerva’s homeland of Estonia was under Soviet rule –and effectively cut off from Western popular culture –until 1991. That’s a lot of catching up to do and you can hear that she’s been cramming. What has come flooding out is a delicious trip into what David Lynch’s head probably sounds like. 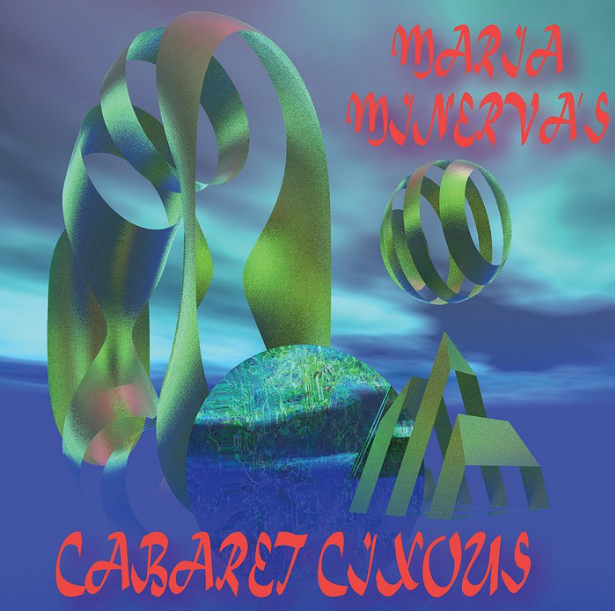 There’s a sense of unease as Minerva chants “she, eternity” in ‘Spiral’ as it winds through the slow tempo and off-key vocals moaned through a crackling microphone. There’s also the requisite relaxed attitude to proper spelling in the jungle drum flight of ‘I Luv Ctrl’, while ‘Laulan Paikse Kaes’ dips into the exotic waters of Minerva’s first language. Her vocals and occasional whoops are strung out with distortion and you can almost see them floating behind her foray into the break beats dominating.

Cabaret Cixous is a young record. It’s by someone at the apex of her education, looking at the world with eyes wide open and responding to that in an affecting, sometimes affected, way. The rules on what is and isn’t an acceptable influence are flimsy (one track features a sample of a lecture on feminist theory) her approach to song structure equally so (there isn’t really any). Minerva fits well in to Not Not Fun’s roster of post-ironic psychedelic pop, to use the term… ironically, but it comes from a far more interesting place. That is, it’s not so much in what does influence her but what doesn’t. Like many eastern European countries under Russian rule until the late 80s/ early 90s, Estonia is one that would have been set back from the global pop world, lending a certain naivety to its engagement with that culture –past or present, ‘cool’ or ‘uncool’. That’s what sets Maria Minerva apart from her US contemporaries; her work really does offer a fresh take on old cheese.

Maria Minerva: Selections from Noble Savage and Tallinn at Dawn by alteredzones

(Cabaret Cixous is out now)