Psychedelic Horseshit is like beer and cigarettes, they both taste crap at first but then you get addicted. Now, I’m sure equine poo isn’t an acquired taste you can just get used to over time, but the band that derives its name from it offers a sound you can learn to love. Like your beer and cigarettes, it doesn’t happen straight away. It takes some committed huffing, puffing and face pulling before the band takes hold of your blood stream, acquaints itself with your brain and you graduate high school realising you can’t live without it. It’s probably appropriate too that the third album of this Ohio ‘shitgaze’ band (their words, not mine) is named Laced –a subtle nod to something you can do with LSD to make your joints more fun and a bad-tasting but highly addictive couple of substances. 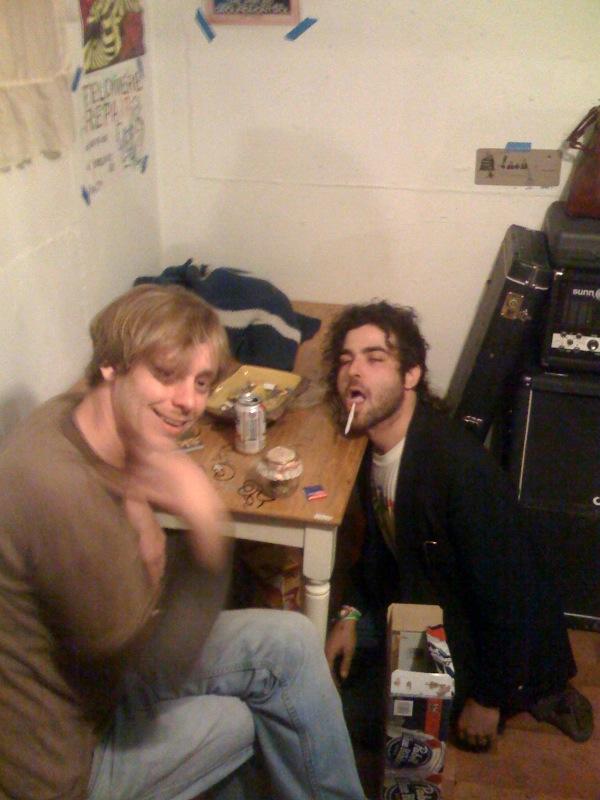 Crude as their name is, the musical approach of front man Matt Whitehurst and buddy Rich Johnston is even cruder. They’ve been associated with the US ‘lo fi’ movement popularised by bands like Wavves, Vivian Girls and Best Coast, but there’s a lot more to Psychedelic Horseshit than two-dimensional song writing and recordings bathed in extraneous noise as a second thought.

They are lo-fi because they have to be and now, in painfully passing through the perilous terrain of being a band with an uncompromising musical vision, they’re ready to reach out of the lo-fi gutter and embrace the light of a clarity and a wider creative scope. That’s if by ‘clarity’ you mean a ferment of everything and anything from the past and the present thrown into the abrasive chaos of noise and sampling, carried by the slacker vocals and bleak Dylan-esque lyrics of Whitehurst.

Psychedelic Horseshit – French Countryside by TheDiscoverialist. Third track from their album coming out next month

Offering elements of early Pavement, along with the disjointed racket of no wave bands like DNA, it’s as if Psychedelic Horseshit have pulled noise rock out of the mire of immersive repetition, turned it into a pop song and then destroyed any structure they may have tried to give it in the first place. Yet, once you get past the wall of severity, their dense and layered recordings are like listening to something new every time and you will listen over and over and over again. Have fun trying to find out which song it is that features a Jackson 5 sample reversed, pitched down and plunged in reverb. Or try and figure out if Tropical Vision is a thinly veiled attack on lo-fi poseur Wavves, as Whitehurst yelps, “I don’t need no waves, don’t need no tawdry swim”. 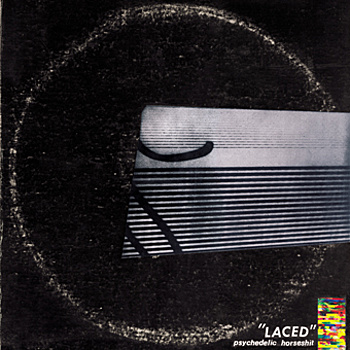 We could go on for days running through the witty social commentary, senseless metaphors and non-sequiturs of Whitehurst’s lyrics exposing the vapid, weird malevolence of the modern age but we won’t. Instead we’ll just leave you with the lyrics of ‘French Countryside’. Imagine it sung over a distorted Tropicana beat simulated by what sounds like everything from a broken radio transmitter to a marine radar set):

“You better say your bit/ and just sit back down.

Honour them, laud them /make their sense.

Better pick a style /so there’s a reference.

Stay in those lines /of what they expect.”

If only they took their own advice.

‘Laced’ is out May 16 and you can stream part of it (as well as pre-order it) on the Fatcat record page.