Spain was one of the last EU members to finally approve a fully ban-smonking law in all public places (up to now restaurants, pubs & bar owners could decide) which is now fully operative since the 1st of January…

Is smoke-ban the first of many big brother state coercive decisions to come? That’s a topic for another day, not today please! Today is all about the young Yang Yongliang. One of China’s newest promises from Shanghai who studied traditional Chinese art such as shui mo painting and calligraphy from his early age and then got very keen on photography. 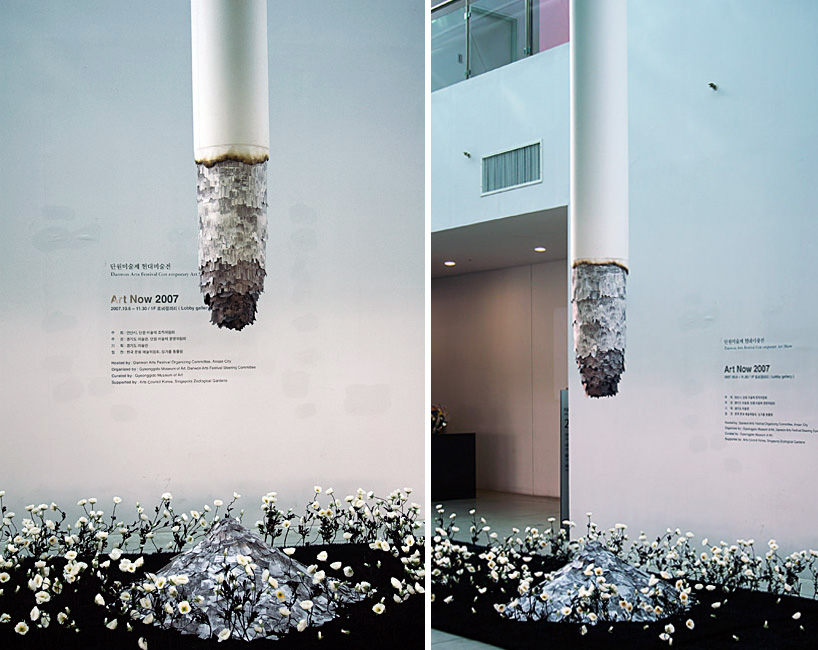 Cigarette ash landscape is a work he presented at the Miami Art now 2007 fair combining a mass of black and white photographs of a city skyline to create this massive hanging lit cigarette. What lies beneath is obviously the ash… a pile of those buildings… rectangular image cutouts fertilizing the fake flowers. 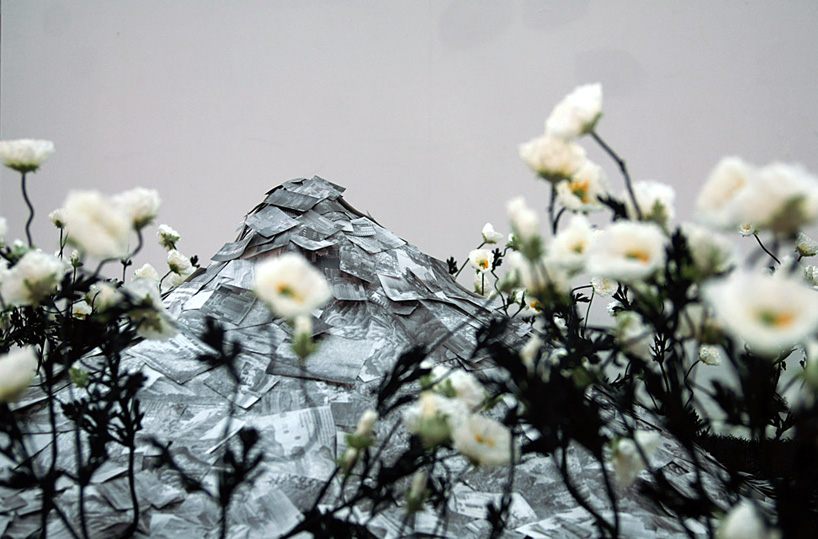 His site is currently down but we’ll tweet you as soon as it’s back on-line, 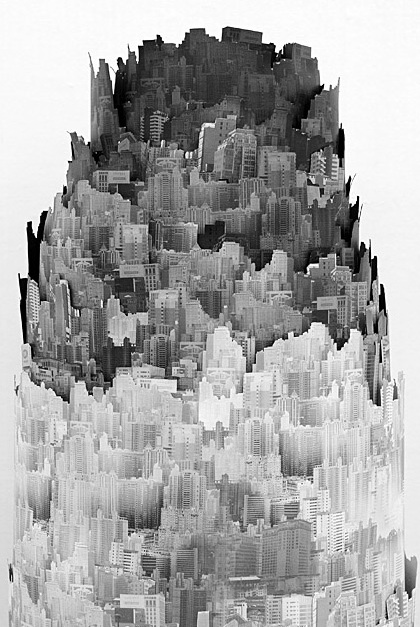