The multiversatile, transdisciplinary moonlighter puts her voice to another of the pOppy sweets taken “From the cradle to the grave”, which we promised back in September we would be reviewing…. but we were not convinced you see…. too much electro-pop coming out of Murphy’s machinery. There are some amazing vibes in that album (like the last Triumph!!!), but the same Juan Maclean formula (despite both being contemporary in time, sound, school & even group of friends) can’t be this elastic. 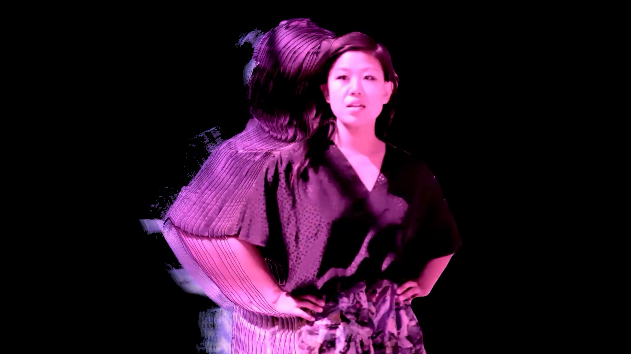 Eoghan Kidney is the director of  the video & has used the rotoscopy technique to take Nancy Wang around Williamsburg, NYC, at least this very retro style is refreshing.

We’ll dance to it, but we won’t rejoice and existentially think as if we were listening the many other voices of DFA