A project he initiated with Philip Koch, writer and producer, (they both worked together in the second part of Transformers and are currently in the 3D animated film Rango) that has been showing around many film festivals around the world this year… 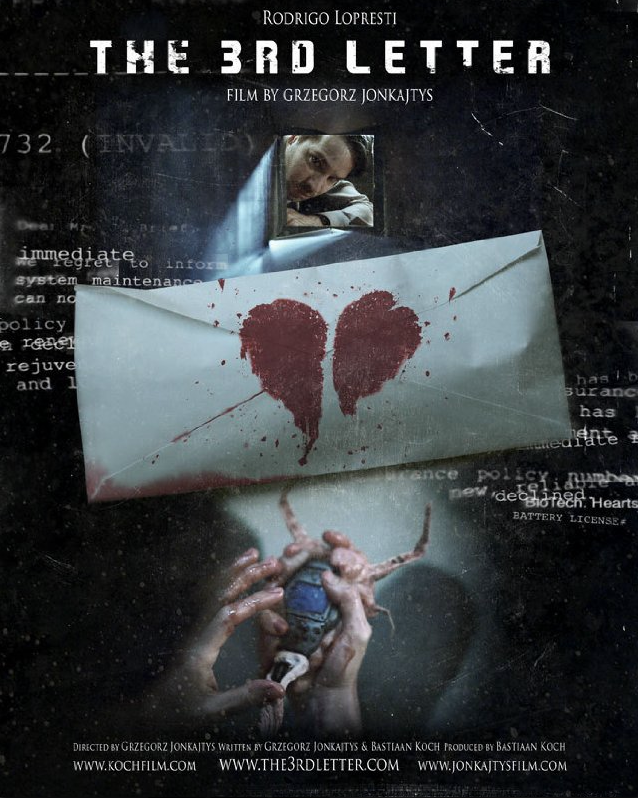 Grzegorz describes the film as a “distinctive dystopian vision where humans utterly depend on bio-mechanical alteration to withstand the deteriorating climate”.

The Argentian actor Rodrigo Lopresti starrs in this short futuristic film as Jeffrey Brief, who has to face this polluted megalopolis world  after having lost his health insurance.. he will unveil the dark secrets behind population control.