Make some room in your diaries and iTunes library (or Spotify playlists) for “Suckers” and their Black Sheeps, Kings of snakes or Roman candles… this vid is from their live performance @ The Bowery ballroom (NY) & first single Black sheep…

They just released their second single “A mind I knew” also taken from their debut album “Wild Smile”, but the psychedelic montage isn’t something we could put on the home page …. could we?

Suckers (ka Quinn Walker, Austin Fisher, Pan and Brian Aiken) have emerged from their homebase at the Glasslands Gallery in Williamsburg, Brooklyn with a sound and aesthetic that garnered critical acclaim both in NYC and in the online community. An easily identifiable pop we’ve heard many times before … TV on the radio, Yeasayer… all from Brooklyn, all just as good.

Now the same people who produced their debut EP (Yeasayer’s Anand Wilder) will start their European Tour later on this month (Oct 18th) with Suckers as their supporting band… and we’ll be seeing them, definitely. 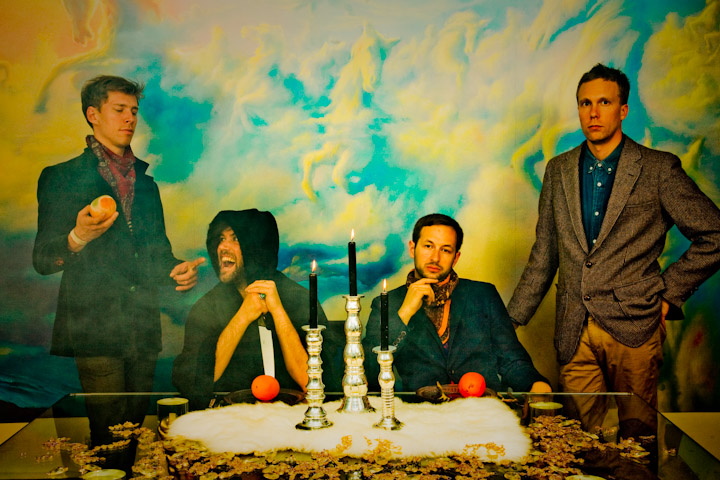 And as a gift here’s their entire concert @ The Bowery Ballroom & their album on streaming, enjoy!