More than 6 million Facebook “friends” like Zara, described by Louis Vuitton fashion director Daniel Piette as “possibly the most innovative and devastating retailer in the world”. A retailing house which within two decades has become the indisputable & most recognizable brand of the Inditex empire, overtaking Gap as world’s largest apparel retailer 2 years ago.

Zara’s Cinderella story has always been a business case study: capable of developing & getting a product into stores within 2 weeks (vs 6 months for its competitors), no advertising other than through its bags, no transferring of production to low-cost countries…. (well the advertising bit is not true anymore)…. 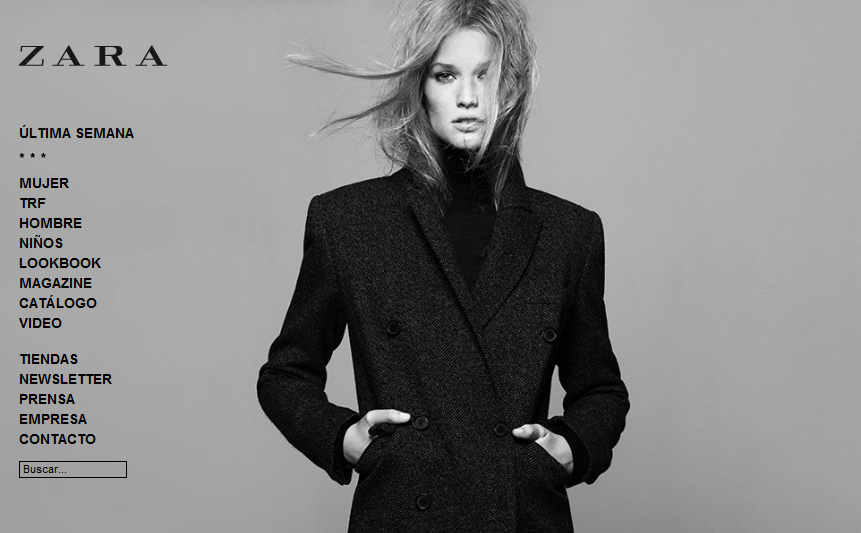 …and yet the clothing giant despite all their copy&paste fashion trend strategy, despite their logistics innovation, is one of the last players to launch an on-line store. They’ve been thinking & planning it for years unsure about the future of the on-line shopping business which always had massive growth expectations that never seemed to materialize.

Take Mango for instance (and their H.E. male brand), another one of those 90s fashion chain success stories. They’ve been selling on-line for a decade now (even their outlet stuff) and last year only 0,79% of their worldwide sales were made through the net.

We don’t need to tell you all the benefits the on-line adventure could represent for Zara. While the apparel retailing sector saw some tough sales drop figures of even 20% in the last 2 years, the on-line sales keep booming, especially for outlet-specialist stores like Asos, BuyVip, Venteprivee or Yoox (ok let’s admit their business model is diferent, but they’re on-line clothing shops after all).  Most of the clothing on-line buyers are professional urbanite women who don’t have time for the traditional street shopping, they’ve now found a store which is open 24h without queues. 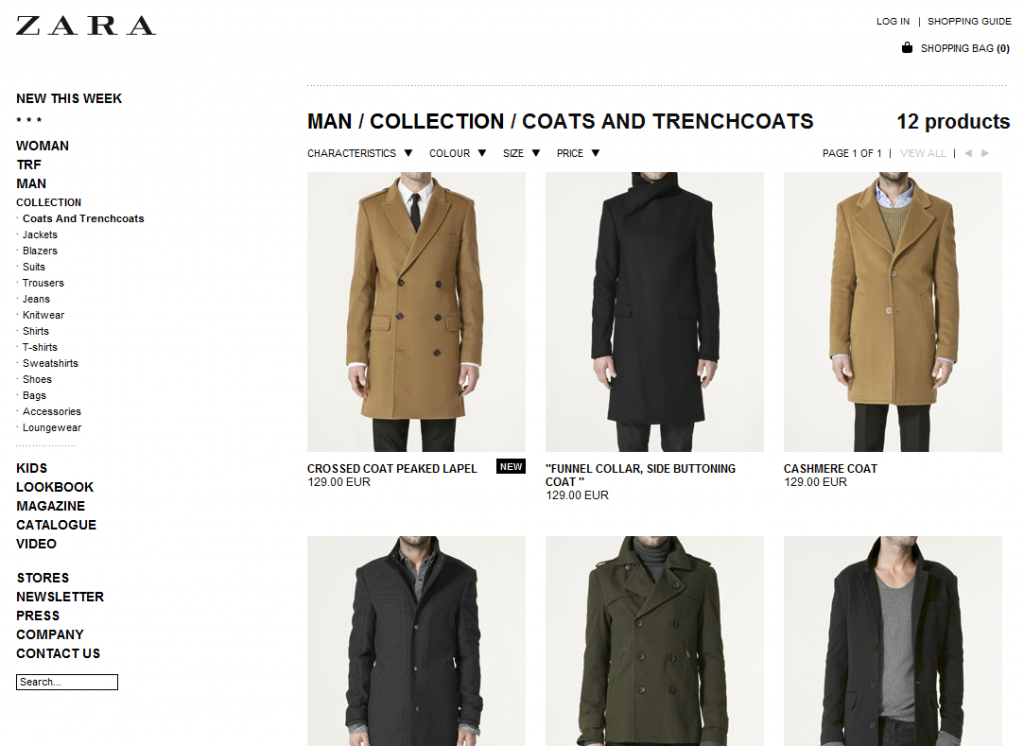 On-line retail is also expected to grow to £94bn ($144 bn) in Western Europe by 2014, from £56bn in 2009, according to consultants Forrester and most observers underline the fact that online stores do not cannibalise physical stores, they complement them with additional sales.

Zara know this, and that’s why they’re hoping to see a 10% rise in revenue linked to its online store, they’ve even released an iPad & iPhone apps, good understanding of new communicating trends.

E-commerce is nothing new for these retailing giants, most of them have been selling in their local markets for several years now. H&M in northern Europe for more than 4 years(7 markets), Gap in the U.S & Canada for nearly a decade, even Inditex had already been experimenting with one of their 8 store brands “Zara Home” since 2007. Others like Uniqlo still need an on-line strategy (on selling in 2 of the 8 markets where present, although they just relaunched their UK on-line store with a funny campaign), or Topshop who is present in more than 30 countries but their on-line store is only aimed at UK & US customers (despite shipping Internationally).

A transactional website is a win-win bid and this summer was the starting point for each and everyone of them to expand their on-line branches. First was Gap on-line and their other brands (Banana Republic, Old Navy…) who expanded to 55 countries later last month; they had managed to hit the $1 billion sales figure last year and have now a unified on-line store for all their brands under their “Universality” strategy (customers tend to mix and match items from each of the company’s brands).

Zara opened their on-line store yesterday, available in Britain, Spain, Portugal, France, Italy and Germany (most of the markets where Gap isn’t shipping & ready to launch yet!). A timid move with very similar prices to those in store. In fact when you buy on-line you can always ask for home delivery (£4) or picked up free of charge at a shop. Apparently they’ll be opening also in Austria, Ireland, Holland, Belgium & Luxembourg before the end of the year aaaaaaaand…. in the USA, Canada, South Korea & Japan next year!

But for us it seems more like a defensive move (just like when they started advertising) and whether they can manage to transform those 6 million facebook fans into customers (H&M have 4.4million & Gap only 780k fans) remains to be seen. And don’t even think about an Inditex global store! Mixing Zara with Pull & Bear, Massimo Dutti or Stradivarius …. well, we don’t think Gap’s “Universality” customer idea would fit for Inditex.

update 21/10/2010: We’re quite impressed that less than a month and  a half after we wrote this article Zara has just passed the 6M fan mark (4.5M was back in Sept 3rd) becoming the 14th most followed brand on Facebook. It seems that their on-line strategy is paying off: their on-line store visits went up by 600% since they launched their story in early September… their most direct competitors (Mango or H&M) barely increased an 80% their number of on-line visits. Not bad for a late runner huh?