Ok this is a music clip… but we haven’t selected it for its boomboom bad French house track, we’re more attracted by the crazy & original underground race which if it were to be any other artist we would probably be staring at bunch of hot half-naked bimbos drinking milkshakes, playing with phallic objects … all wearing black-rimmed glasses….

A funny video directed for the Parisian DJ/Producer Knuckles (now known as Sovnger) shot on the dirty but fast Paris underground with the Olympus i-SPEED 3 in association with International Theatre School Jacques Lecoq. In this case we’re talking about graphic communication student Paul Bryan who brilliantly directed the clip. 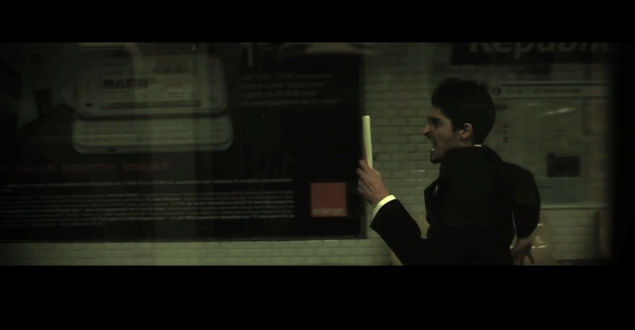 Great Job Paul! (although the slow-mo effect is very typical from the hot-milk-bimbo videos too….)