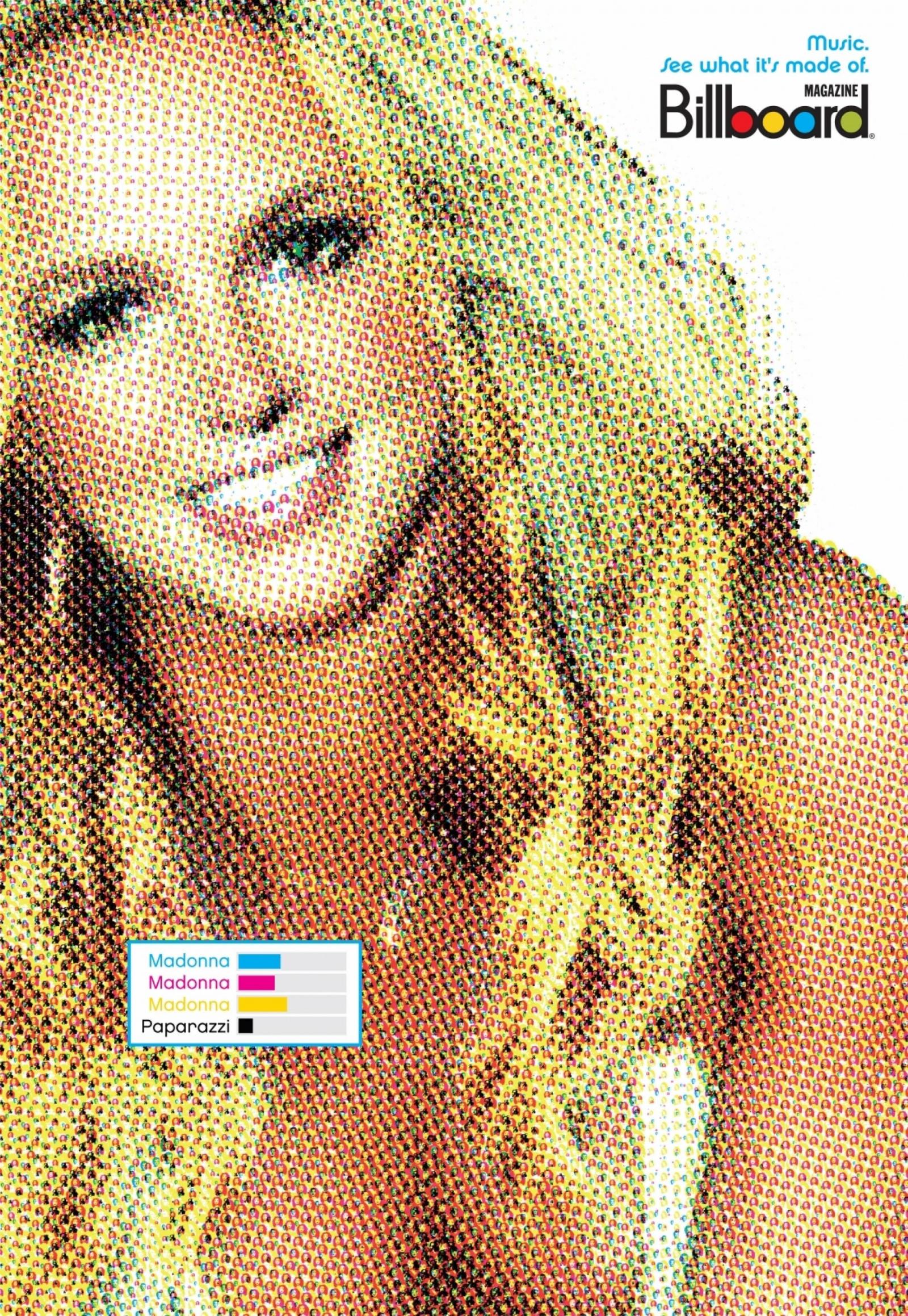 Some creative directors are sometimes so not refined or subtle… this one for Billboard mag  Brazil launched last year “celebrates the influence of music and musicians”… with some very good spotted musical influences….

If you take a closer look at pixelated images of Marilyn Manson, Bono, Amy Winehouse, Britney Spears and Lady Gaga, you’ll discover faces of the people who influenced each of the musicians…. sort of….. the real truth.

The campaign won a Gold Clio and has now won Grand Prix for Press and Gold for Outdoor at Cannes International Advertising Festival. The campaign didn’t stop there as subway users would find a touch panel allowing them to choose their favorite stars and then becoming stars themselves. The panel provided a chance for pedestrians to record their own photograph and incorporate their favourite singers in a picture hosted on the Billboard Yourself Flickr photostream.

and how it was done… developed by AlmapBBDO