You don’t need to watch this trailer to know it’s the new Sofia Coppola film, just by the cheesy-cool soundtrack featuring (again) Phoenix or Julian Casablancas you should have already guessed…

After the extravagant “Marie Antoinette” flop, Mss Coppola comes back with the always promising-never-made-it Stephen Dorff & Elle Fanning. The question is… what will it be Mss Coppola? An introspectionish intelligent comedy “Lost in translation” style or an over-budgeted none-sense Antoinette-like? 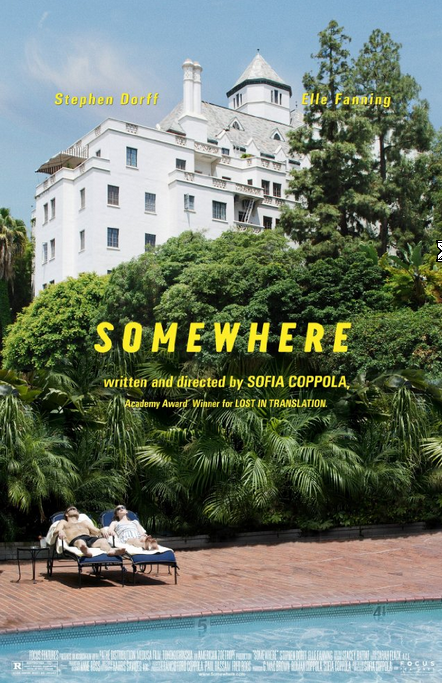 You can always go for an adolescent drama…. In any case we’ll still have Phoenix music as part of the soundtrack… they’re always a safe choice 😉

The film will be presented at the Venice Film Festival in September and released across most European countries that same month. You’ll have to wait in the states until December 22nd to see it :S (the website… http://www.somewherethemovie.com/ still hasn’t come up and is password protected).