[tweetmeme] Don’t get near the balcony, you could try to jump… but you know what they say… when you’re about to die you experience the best trip of your life. And is there a better place than the 8th floor of a neony Tokyo tower block to jump from? 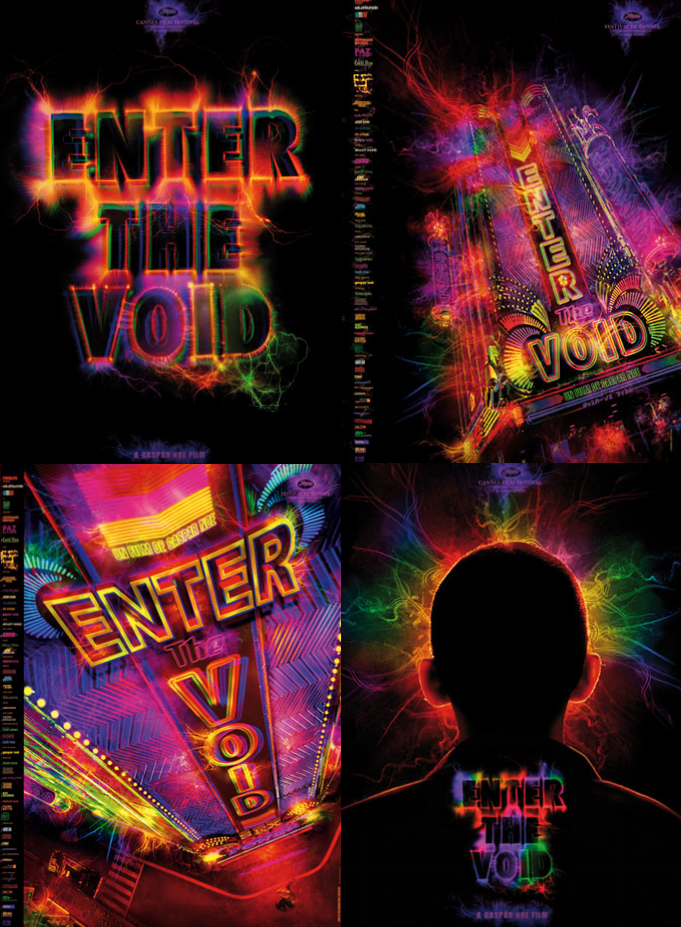 Gaspar Noe’s latest extravaganza is one of the most unconventionally crazy, tiring, addictive, paranoiac & abnormal products of modern cinema; a drug&sex design trip to the western wasted vicious vortex. It borders the experimental category with countless frenzy camera moves which go from first person perspective (Oscar’s eyes), to wormholes or aerial views. Gaspar is not here to tell us a story, he’s designed this 163min blow to provoke strong reactions…. to recreate an immersive experience that replicates the varied states of our consciousness (ok, maybe with a bit of drug help).

We went to Paris so see it a couple of weeks ago, as the film will probably never make it out of France or the film festival circuit & independent cinemas (wait, it’s expectedto be released in the States under IFC Films by the end of the year). In fact only 3 cinemas in Paris where showing it. This is not a film for the general public, this is an exhausting energy bombardment to get high with.

Enter the Void is the story of Oscar & Linda, brother & sister who finally reunite in the busy Japanese capital, a place where any good looking western can have success… become a dj or at least, find a job. He becomes a drug dealer with a huge oedipus complex, she chooses to be a bimbo stripper with no sense of reality… broken toys with a traumatic childhood… an explosive combination which cannot have a happy ending.

Enter the void is based on the Bardo Thodol (Tibetan Book of the Dead) and is structured as a journey through the three bardos that come in the stages between death and reincarnation…. something you don’t easily realise until the end… because you’re weary of the constant drug loop.

Enter the Void doesn’t need that second hour, the whole Tibetan journey, brother & sister promise & the Tokyo underground scene could perfectly fit in in an hour and a half. The visual cortex experience would still have been incredible, even more intense, but the excess of recreation in the visual effects by Pierre Buffin (art director) and the lack of constancy make ETV a rough diamond. The talent & beauty are there but a deeper cut would have made it even more caustic…. although the film has already been cut significantly since Cannes 2009.

On the other hand we must insist in the breathtaking artificial wonderland manufactured by Gaspar Noe’s team with Marc Caro as art supervisor or Pierre Buffin as visual effects director … ambitious and expensive effects with some of the most visually descriptive drug effects seen on the screen so far… a complete range of free camera moves with impossible rotations & suspensions.

We honestly can’t describe the power, sickness, beauty & excesses of this film, a merciless brain rape. You’ll have to experience it by yourself (if you like risky experiences), like a good drug… it will give you a hell of a fix. Although you can get the idea by watching all the teasers on the dedicated film site.

As a Mormon newspaper once said …. “This is the most technically ambitious piece of garbage ever made!”, so if you’re a Mormon or have Epilepsy… then don’t see it, you’ll have an attack.