We’ve been expecting this album for 5 years. A lustrum in which Kieran Hebden hasn´t stopped creating for a single bit…. The Exchange Sessions, Tongues, NYC…. all collaborations with free-jazz drummer Steve Reid, a 12″ vinyl with his friend Burial,  a song for Quantum of Solace’s OST with David Arnold….. as if he couldn’t find the next inspiration for his usually “harmonious” solo albums.

Once considered as the “enfant terrible” of the British electro scene, one of those “talented young artists”, his style and identity have ended up being diluted in the sea of unclassified musicians (although in England anyone that excels a minimum is automatically “talented”). Unclassified in the electro universe, but who needs a tag when you can stand out in so may different (yet connected) styles?

If a few weeks ago we catalogued Avner’s “Lyssna” as a retro-futuristic travel to Blade Runner’s land, today we shall consider Four Tet’s latest album as a hippy trip to an uncertain futuristic utopia. 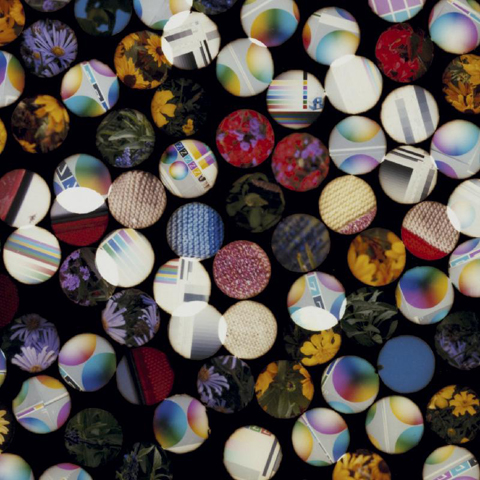 There is Love in You is a proof  of Hebden’s talent as a dreamcatcher and emotion-teller. Nine tracks varying in length from the 12 seconds “Pablo’s Heart” to the great nine minutes of the first single “Love Cry”, a psychedelic folk crossing pouring love into our lifes (if we could recreate the rave-tribal spirit from the 90s around some kind of new electro…. that would be Four Tet’s…. without any acid needed).

But despite being a great introspective album, TILIY can’t match Four Tet’s previous solo albums.  It sounds  even more purified and calculated than Everything Ecstatic or Rounds, well…. the acoustics are still there, the guitar loops and cymbals too but there is less room for “finding himself” and more minutes about “this is who I am” , which is not necessarily better.  Seems like the more time he spends mixing, collaborating & producing other artists, the less spontaneous and refreshing his sounds become. Maybe too reflexive and impeccable for an album filled with references from the 90s…. Orbitals, Underworlds, UNKLEs… the glorious days of British electro history.

Despite always flirting with the dancefloor Four Tet has always kept us dribbling for more accelerated tunes, some of his maxis like “Ringer” confuse us and keep us dreaming about his potential, anyway… real  happiness can’t be reached with techno or house unless smiley substances are around, but with Four Tet’s albums you always have an antidote for those low days.

four tet Kieran Hebden there is love in you
Recent articles