David Burrows, Alex Marzeta, Simon O’Sullivan and Vanessa Page of collective Plastique Fantastique will perform a series of Drone Folk songs played in a loop throughout the evening. Over the course of the night, the group will follow a series of steps, using “chroma-key milk, oil, golf-clubs and projections” to bring fictional character Bi-SON-Oil-MAN to life.

The performance is a new iteration from a previous one commissioned by Lucy A. Sames and Dane Sutherland for CHEMHEX EXTRACT exhibition at Aberdeen’s PVA Gallery.

The Chemhex Extract group exhibition is on at Aberdeen’s Peacock Visual Arts, opening October 20 and running to November 5.

Curated by Lucy A. Sames & Dane Sutherland, the show is the second instalment of their ongoing project Exta which “mobilises mystic intensities and sci-fi rituals, adapting the occult art of haruspicy as a method of visceral divination” and will feature work by Verity Birt, Jamie & Rickie McNeill and Plastique Fantastique.

Taking to the landscape of Aberdeen and looking at its histories and futures, the exhibition looks back, forward, and into, visions of “geotraumatic fantasies over the future – corrupt and feverishly f****d.” The opening night will be host to two performances by Plastique Fantastique and ESTAITIS.

Jennet Thomas will be in conversation with Simon O’Sullivan and George Vasey at London’s Block 336 on October 12.

Thomas, who is currently exhibiting new film The Unspeakable Freedom Device, will be discussing the work with Vasey, a writer and curator at Northern Gallery for Contemporary Art and O’Sullivan, a theorist and artist who is part of collaborative group Plastique Fantastique and also a Professor of Art Theory and Practice in the Visual Cultures Department at Goldsmiths College.

Thomas’ new film creates a narrative that follows two women who “wrestle with the fascination and threat of techno-totalitarian supremacy personified by the all-powerful Blue Lady” and interconnects sculptural and painterly elements through a multi-media picture of an “absurd primitive-future world populated by a cast of uncannily familiar characters.”

Plastique Fantastique is presenting a series of events called After London, as part of a residency at London’s The Horse Hospital from April 4 to 11.

The events come as part of The Horse Hospitals’s broader Collective Intention: Affirmative visions from communes, collectives and cults programme, envisaged as a collection of human and inhuman avatars delivering communiqués from the extreme past and the future. The Berlin-based collective has curated screenings and performances to respond to titles: After London (we believe in the assets we do not believe in), which will take place on April 6, and After London (nothing is true, everything is permitted) on April 9.

The latter hosts a mixture of artists well known to each other and to a discourse of transformation, immersion, spillage, pop culture, synthetics and virtual space. Artists Da Thirst, Joey Holder, Benedict Drew, Plastique Fantastique, researcher Mikey Tompkins and art historian Ayesha Hameed will perform, while Mark Leckey‘s film, ‘LonDonateller’ will be screened.

Both events are accompanied by the same lengthy text that describes “what exactly happened” after London, where “the river is off limits …a boiling sludge …and the sky is off limits too …the bees have the air …nothing inside gets outside …and talk-talk only flies inside …”, and where “after London everyone outside struggles with the flood caused by the comet…”.

See the FB event pages for April 6 and April 9 for further details.**

A new group exhibition and programme of performances, talks, and discussions titled Plague of Diagrams opens at London’s ICA this week, running from August 20 to August 23.

Organized by David Burrows and Dean Kenning in collaboration with Ami Clarke, Andrew Conio, John Cussans and David Osbaldeston, the exhibition examines the function of diagrams in art as “expanded diagrammatic practice beyond the graphic presentation of information”.

Envisioning diagrams as “abstract machines activated through performance or thought”, Plague of Diagrams invites 27 artists to participate in the exhibition and its programme, including performances by Ami Clarke and Plastique Fantastique, as well as participation by Benedict Drew and Joey Holder, among others. 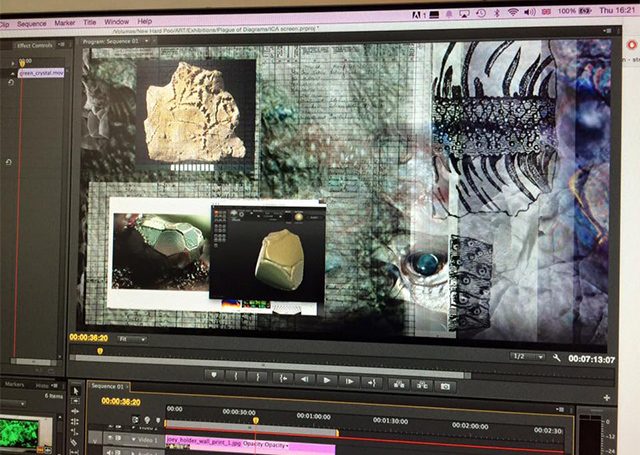 London’s [ space ] studios will be hosting a weekend-long event programme to close out the ongoing Schizo-Culture: Cracks in the Street exhibition, taking place from December 12 to 14.

The weekend kicks off on Friday with an afternoon discussion with Sidsel Meineche Hansen and Josephine Wikstrøm, followed by an evening film screening and talk with artist Imogen Stidworthy about her own practice and that of Fernand Deligny.

The last day of the Schizo-Culture weekend runs from noon to 6pm in an afternoon of “projections, informal drop-ins and schizo-screenings”, including works by Terminal Beach, Sylvere Lotringer, Vivienne Dick and material from the Semiotext(e) archive.

See the event programme for details. ** 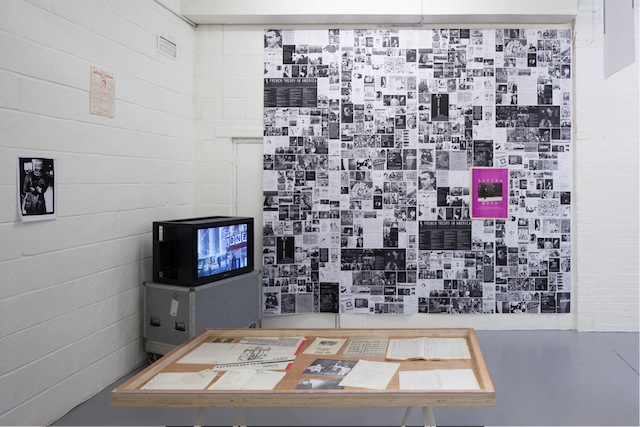 Auto Italia South East is presenting a new exhibition, titled A Horn Of Plenty At The All You Can Eat Buffet Of Nothing, at their London space on June 28. 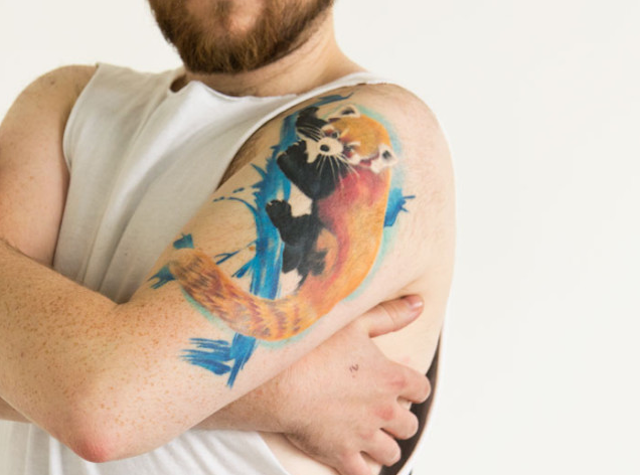 The artist-run organisation –run by Kate Cooper, Marianne Forrest, and Marleen Boschen –has been commissioning and producing new work since its 2007 launch, aiming to provide a comprehensive framework for the development of new approaches to both the production and the presentation of exhibitions.

The new Golden Age Problems project explores this innovative approach with an exhibition of images and objects partnered with narrative presentations and a series of performance events, featuring the works of Forrest and Boschen, as well as those of Benedict Drew, Oreet Ashery, Olivier Castel, and Plastique Fantastique, among others.