The new work includes “spoken and musical elements that looks at the abstracting tendencies of contemporary high finance” and is the final commission of 2017. Exploring an imaginary where “money no longer bears any relation to the production of useful goods or services,” the work also includes a doom metal cover of ABBA’s Money Money Money by London-based band Henge.

The press release includes a short script between a dog, a baby, and two men identified as ‘MAN A’ and ‘MAN B’. The four of them discuss feelings of abandonment and alienation. The title of the exhibition is taken from a new 3D film work produced for the show and centres around a “seemingly aimless sprawling conversation about relationships, aspirations and life decisions as a baby and a dog advance towards the audience”.

The conversation plays with language and image as Theobald explores “conflicted feelings about societal conventions, the repeated cycle of human existence” and the ways that “received wisdom about life, love, death, freedom and personal growth feed back into daily life through depictions in film, television and music”.

Theobald typically works using live performance, video and installation to explore the parallels between stage and life and the discrepancy between expression, appearance and feeling. She often works with a cast of non-professional actors and switches between the role of stage director, choreographer, narrator and performer. 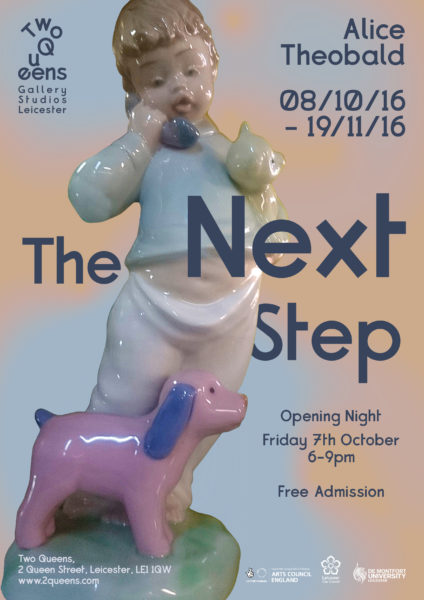 Alice Theobald and Beatriz Olabarrieta are holding a screening at Nottingham’s Primary artist-led space on August 6.

The screening by the London-based artists will consist of “mixing artist films, snippets of TV, interjections from YouTube, and conversations exploring domesticity, conventionalism, aspiration and the absurdity of performance of the everyday”. Theobald will explore different characters and voices using 3D video and incorporate footage of local toddlers and dogs. While Olabarrieta will test ideas around how video can take a role within live performance.

The screening is part of Primary’s Back-to-front-space programme, a series of short residencies that “encourage artists to experiment with different ways of working –either testing out a speculative idea, or developing new collaborations”. Participants are to produce and present work to an audience in any format. 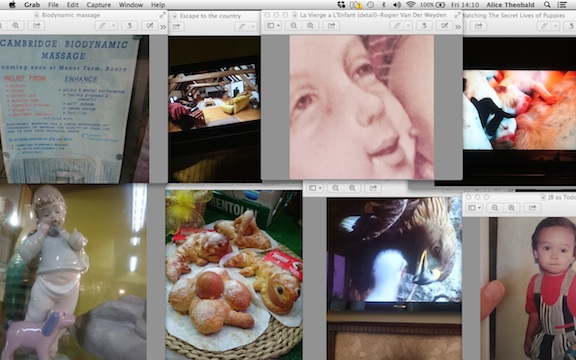 Among the artists included in the group show are Shana Moulton, Rachal Bradley, Celia Hempton, Tamara Henderson, Alice Theobald and Sian Dorrer (ACID PRAWN), both of band Ravioli Me Away.

The show is curated by France-Lise McGurn and Lucy Stein, who will also present work in the space. McGurn and Stein hold practices that share a similar soft and nervous aesthetic touch, which has a swirling energy around the work as much as it does in them.

Artist Alice Theobald has joined Focal Point Gallery for a three-week residency culminating with a performance at the Essex space on August 8.

The London artist joins ‘The Bear Pit‘, a purpose-built installation that operates as both studio and exhibition space, as part of a programme of events, exhibitions and residencies that each last three weeks. They’re curated by various artist-run spaces from around the UK invited to participate and for Theobald’s duration, the curator is Birmingham’s Grand Union.

Drawing from her research on ‘The Theatre of the Absurd’—a term coined by critic Martin Esslin in the 1960s and referencing a style of theatre that was consistent with Albert Camus’ existential view that “the human situation is essentially absurd in its struggle to find purpose and to control its fate”—Theobald will combine her interest in live performance, video, installation and music to explore the division between stage and life. 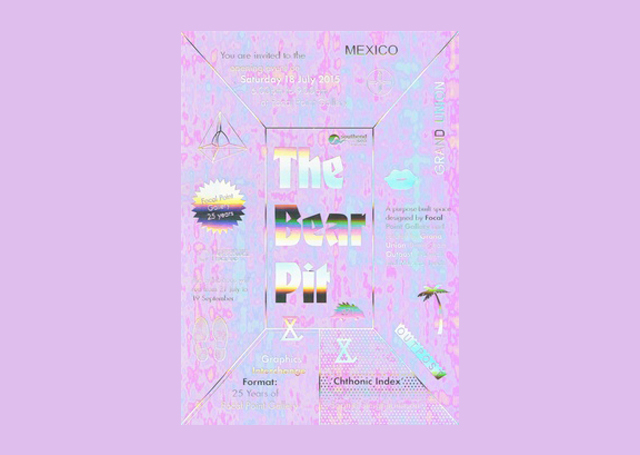 Wysing Arts Centre launches their latest group exhibition, The Fifth Artist, opening at their Cambridge location on May 23 and running until July 5.

The exhibition brings new works by four artists that had participated in live-in farmhouse residencies during the winter of 2014 at Wysing Arts Centre, residencies that were themed The Future and haunted by the spectral presence of The Fifth Artist. These artists are Olivier Castel, Jesse Darling, Julia Crabtree & William Evans, and Alice Theobald.

A recounted ghost story, they write, created a slippage between fiction and reality, a “part-believed, part-ridiculed ripple” that cast a shadow over not only their time at the Cambridge farmhouse but their post-residency work as well.

Leicester’s Two Queens is putting on the group exhibition Too Much which will be running at their gallery space from October 2 to October 25.

Taking up the topic of emotions and expression in the art world and in media at large, Too Much focuses in on the “emotive and affective properties of artistic expression”, featuring contemporary practices that work to respond to emotional stimuli, “replac[ing] cynicism, disillusion and apathy with rage, fear and love”. Based out of the gallery’s re-launch of Leicester’s collection of German Expressionist art, the exhibition aims to explore how the internet – and media or technology at large – has transformed how artists express themselves.

See the Too Much exhibition page for details. **