The fiction of the fix event at London’s Tenderpixel is taking place on June 10 running from 3 pm to 7.

Curated by Brenda Guesnet, the one day event features work by Lynne Kouassi, Shana Moulton, Diana Policarpo, Theo Turpin and Holly White. At 6 pm there will be a performance by Diana Policarpo with Marina Elderton.

The event will dive into the rituals of the everyday, mixing language, myth and their power to attract. Devoted to what we can’t quite grasp, the works as us to ‘project our own obsessions’ and give into “superstition, exaggeration, and the cliché.”

Rehana Zaman‘s solo exhibition Tell me the story Of all these things at London’s Tenderpixel opened November 30 and is running until January 28, 2017.

Curated by Borbála Soós and Stella Sideli, the London-based artists’ first show at the gallery presents a new video work across three channels of video and over two floors.

Using both monitors and projections, the installation is an accumulation of “several narrative threads drawing together intimate conversations between the artist and her two sisters, ominous animated visions of a metamorphosing body, e-learning training on Prevent, and staged, performed gestures.”

Rehana Zaman’s Tell me the story Of all these things is on at London’s Tenderpixel, running November 30 to January, 28, 2017.

Richard Healy is presenting solo exhibition Lubricants and Literature at London’s Tenderpixel, opening on October 4 and running to November 5.

The show explores “a moment of true magic in the tension between stasis and transformation” through an installation of video and sculpture, as well as a limited-edition publication. Healy refers to the publications collected from Cecil Court, and will tell a fragmented tale revolving around a fictional narrator who is both an architect and a shaman. The London-based artist often intertwines video and sculpture, each embodied within one another.

Everything can tumble twice, if it’s confused enough. This world is a confusing place! The Things That Tumble Twice group show, which took over both gallery spaces in London’s Tenderpixel gallery this spring, took the notion of confusion to heart—or rather: paradox. To examine the spheres of duality and multiplicity, the exhibition brought together three international artists: Paris-born Olivier Castel​, UK’s Ian Law, and Germany’s Florian Roithmayr​.

Using the tension of juxtaposition combined with complementarity and material interrelation (see: bushels of yellow flowers observing a dusty blue sofa), the artists try to express what Gilles Deleuze called “nomadic distribution and crowned anarchy” (presented in the exhibition’s accompanying notes). In this sense, Things That Tumble Twice is not about materiality or immateriality, it is about complexity. “Representation fails to capture the affirmed world of difference,” Deleuze wrote in the same text (Différence et répétition, 1968), and it is our inability or unwillingness to understand the world purely logistically that the exhibition addresses.

In another accompanying note, Italian novelist Italo Calvino is quoted: “Suppose we received from another planet a message made up of pure facts, facts of such clarity as to be merely obvious: we wouldn’t pay attention, we would hardly even notice; only a message containing something unexpressed, something doubtful and partially indecipherable, would break through the threshold of our consciousness and demand to be received and interpreted.”

It is the dynamic irreducibility of the whole that Things That Tumble Twice grapples with: the space between matter and its absence, between light and darkness, between what is animate and inanimate. “The works in the exhibition change, mutate, perish,” the exhibition says of itself, “they look for each other over space and time, subtly, inhabiting and influencing the perception of the gallery ambients.” Becoming, in the words of Augustine, “something that shows itself to the senses and something other than itself to the mind”.

Things That Tumble Twice ran at London’s Tenderpixel gallery from March 28 to May 6. 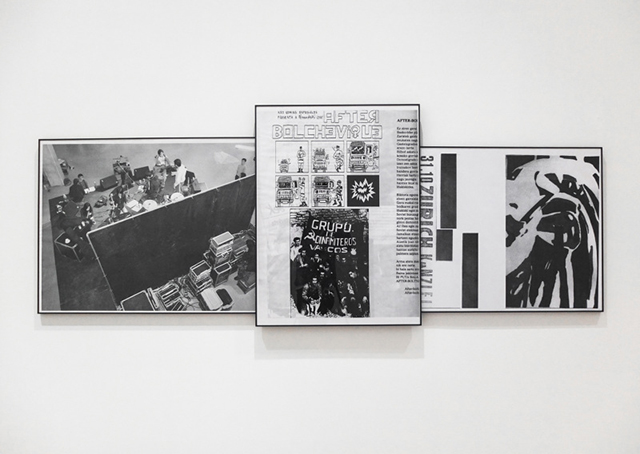 Tenderpixel Gallery is hosting a new group exhibition, titled Acting Truthfully Under the Circumstances* and running at their London space from November 13 to December 20.

The exhibition – which features seven international artists and artist pairs, including Feiko Beckers, Anja Kirschner and David Panos, Jacopo Miliani, Timothy Ivison and Julia Tcharfas, and Rehana Zaman – commences with a private view on November 13 accompanied by a performance by Beckers.

The exhibition itself takes its name from a video installation by Kirschner and Panos exploring acting exercises developed by actor (and acting teacher) Sanford Meisner, hinting to the performative “post-Brechtian and postdramatic theatre” aspect of the show. Where Beckers’s performance stages personal stories of problematic human relationships in The Exact Opposite of the Exact Opposite, Miliani’s series Folding Characters combines found footage of scene photographs from plays with a collection of folded fabrics, and Ivison and Tcharfas, in turn, created a reading room and event space after Cecil Court’s antique bookshops. 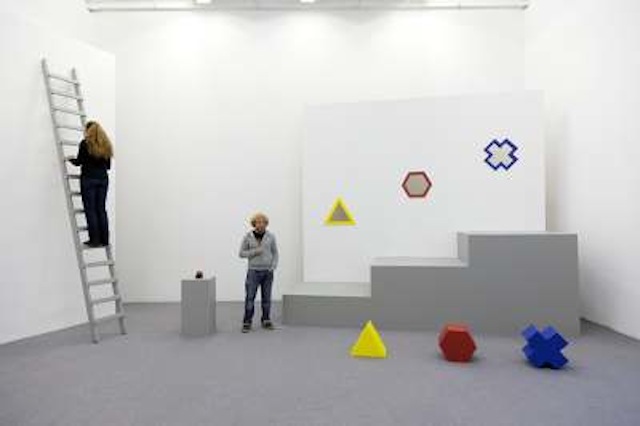 The latest exhibition to hit London’s Tenderpixel gallery is before breakfast we talked about the furthest visible point before it all disappeared, running at the space from June 26 to July 26.

The group show examines objects as they relate to time, space and materiality, and features a handful of artists working through a variety of mediums to create an open conversation between art, history and alchemy in the form of the exhibition.

Included in before breakfast… are the time maps of Cathy Haynes, Fay Nicolson‘s marginalia, the works of Kentaro Yamada and Andrea Zucchini, as well The School of the Event Horizon’s exploration of the black hole.

Working across performance, video and “printed image”, the show promises an immersive experience, ultilising online gaming, animation and communication to explore the blurring boundaries between actor, producer and spectator.

There’s a clear link to Benigson’s ongoing interests around performance and the screen, while the exhibition takes its title from last year’s ‘Sweet and Sticky‘ music video where the artist continues to profess her love for the late-night shop and its returns: “Anything sweet, anything dairy and any old meat, goes down a treat”.

Working across short film, digital imagery, performance, text and audio, Sagar explores the “messy physiological residue” of progress, specifically caused by information technology. Across films like ‘Human Factors’ and ‘Soft Addiction’, the collapse of “virtual” and “absolute” space causes internal and external languages to collide, as the body -and by extension our brains -respond to the small shifts in navigating the tools of daily life.

Running since December 6, the exhibition explores “the volatility of hierarchy and Machiavellian strategies of ambition” embedded within fictional settings and TV sitcoms. Drawing on the Doberman as symbol of power and status -from the juxtapositioning of the shiny-coated canine and its shiny-shoed owner in August Sander’s photograph ‘The Notary’ (1924) to the disturbing Greek satire of Dogtooth -the installation explores “horizontal movements within closed networks” while drawing parallels between social control and behaviour training as quoted in the film: “Every dog is waiting for us to show it how it should behave.”