Texts by Ed Fornieles, Viktoria Draganova and Rosa Aiello were published alongside on Swimming Pool’s webpage.**
The States of Flux  four-part group exhibition was hosted by Sofia’s Swimming Pool across venues, running from August 27 to October 16, 2016.
share news item

The A Mystical Staircase group exhibition was launched online on June 25, with a public presentation to happen at Museo Villa Croce on July 8.

Curated by Francesco Urbano Ragazzi in collaboration with Bari’s artist-run space 63rd-77th STEPS, A Mystical Staircase is an exhibition with 22 artists in the form of an online tarot deck.

The project takes its name from an ancient allegory describing the ascension to Knowledge, as it continues the quest for the “spiritual dimensions of data consumption”. Curatorial duo Francesco Urbano Ragazzi started in organising The Internet Saga with Jonas Mekas, which (below) featured a phone call by Amalia Ulman.

Artists involved in A Mystical Staircase will “share a vision with you” upon formulating a question and picking a ‘card’. These visionaries include Sarah Abu Abdallah, Kareem Lotfy, Fabio Santacroce, Tiril Hasselknippe, Institute for New Feeling and Eva Papamargariti.

Interestingly, the project also alludes to the rotations of our point of view on moving images, what the press release describes as a “silent revolution which is happening on our devices. The possibility of writing a new vertical cinema”.

London’s Evelyn Yard wraps up the year with a new exhibition by Tiril Hasselknippe titled Sophanes and running from December 17 to January 23.

The opening brings a performance work by artist Jesse Darling  and reading by Harry Burke, the editor behind I Love Roses anthology and the author of the newly released book, City of God, which we will be reviewing shortly.

As far as a description of either the exhibition itself or the opening’s performance and reading, Evelyn Yard only offers a string of cliché phrases and random-seeming words that has become something of a staple with London galleries.

“Tug of war.” “Into the abyss.” “So stark. You scamp.” They don’t reveal much, but the show’s single released image shows sand gradients and the echoes of an ‘organic’ installations that seem in line with some of Tiril’s previous work.

Berlin’s LEAP (or Lab for Emerging Arts and Performance) welcomes a brand-new group show, titled One step ahead moving backwards, opening October 31 and running until November 22.

The exhibition concept came out of a written conversation between Elisa R. Linn, Lennart Wolff and Hicham Khalidi, then curated into a show by Linn and Wolff, who together founded the non-profit curatorial project km temporaer.

The exhibition features 12 different artists and collaborations – including Kerstin Brätsch together with Debo Eilers, Luca Pozzi, Adriana Ramić, and Tiril Hasselknippe – and November 14 also brings a performance by contributing artists Paolo Thorsen-Nagel, while the finissage will feature a musical performance by Mariechen Danz. 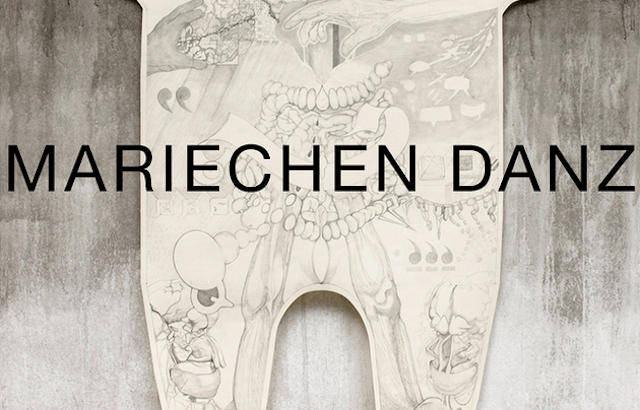