A short story on the S T OR E website contains four mini ones about each exhibiting artist and their current state of mind in their respective European towns. Pappa Modig (Kimmo Modig) Svea Holloway (Shawné Michaelain Holloway) are in Helsinki; Goran Jacotey (Georges Jacotey) is in Athens, and Jens Chan (Jennifer Chan) is in Sweden.

Each reflects on their own “exhausting realities” becoming characters in a story that is held together at the end by a simple summary that “night had fallen in Europe and the full moon stood bright”.

“The time is coming, when they all are going to board planes to that German destination and finally do what they craved for so long; hug each other.”

In Magenta Dream™, Alloro examines the concept of branding through the aesthetic of the Ukrainian borscht soup, known for its distinctive beet-derived magenta hue, using the colour (hex code #FF00FF) as her point of departure into “a deconstruction of the product’s identity”.

The project takes the form of a cooking show filmed in front of a live audience, and chef Alloro will host mystery guests and discuss the “spiritual and sensual phenomena that seemingly occurs while making borscht”. 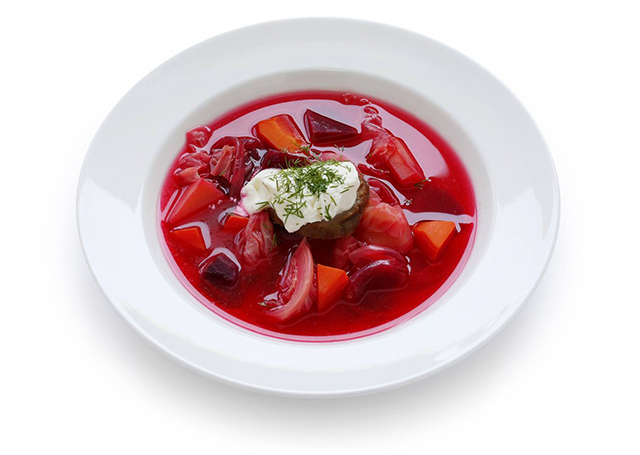 Staying true to its title, the press event announcement comes accompanied by a poem (see below) that alludes to a kind of vulture —an animal that scavenges in an urban environment for meat fallen prey to traffic and become a “fresh delivery” for those who wait.

“sitting at the roadside. inert and puffed up. watching cars fly by.

—one by one. a constant flow of noise.

instead of flying high. we spare our vigors —for whatever.

we are not lazy. we are laid back.

then just glide over. to the warm body cracked open. spiced with hot rubber and nasty surprise.

we are no scavengers. we are the new breed!” 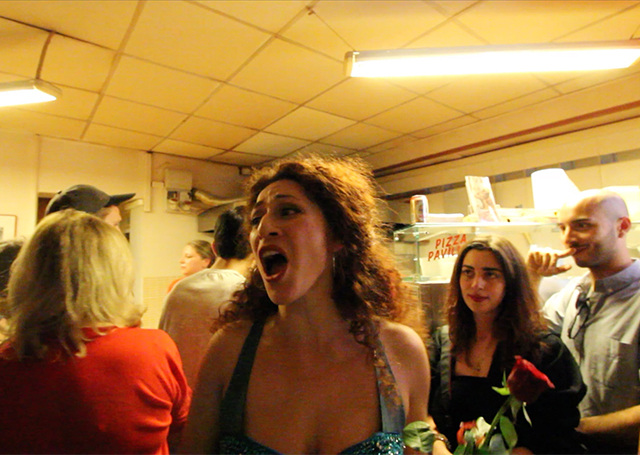 Death is a thing Life is probably most concerned about; an obsession with avoiding it, specifically. It starts with the Fountain of Youth and ends in synthetic biology and DNA mutation – anything to stay alive, or at least give the impression of doing so. At Berlin-based artist Antoine Renard‘s solo exhibition, pro.age (photos top right), running at Dresden’s S T O R E from December 3 to 13, 2014, the gallery is inhabited by clay model dinosaurs, birds and mammals and live cellar spiders. They’re surrounded by a series of UV prints of various deformation filters applied to DNA sequences and presented on wood panels, while the room is partly partitioned by a lace screen curtain featuring silver vinyl text that says “unintended”.

A 3:15 minute digital video called ‘umakemesoi’ (2014) plays on loop at the back. It features the artist vaping while watching YouTube from a corner square of the screen, looking out at his audience and back at the overlaid images, in the same way that a Skype conversation shows the image of the person you’re addressing looming large, while you’re really just looking at yourself.

A video of a 3D-rendered walking zombie hand is transposed on the opening sequence of Adult Swim’s Aqua Teen Hunger Force Colon Movie Film for Theaters, played out to a computer recording of Wiz Khalifa’s ‘So High‘ (2014). Here popcorn and hotdog parody 1953 animated musical snipe ad ‘Let’s All Go to the Lobby‘ (“don’t forget to get something to eat, deliciously and nutritiously”) in competition with metal band Mastodon’s pretzels and nachos roaring ‘Cut You Up with a Linoleum Knife‘ (2007) (“your money is now our money and we will spend it on drugs!”).

In an attempt at what the artist calls “gene design as a form of applied poetry”, the floor and walls are littered with references and materialisations of an ethos of promoting mutation. The lace curtain, ‘Tastes like muriatic syrup’ (2014) – produced together with artist Paul Barsch – takes from a substance also known as hydrochloric acid, which is used in making Corn syrup; a ubiquitous ingredient in processed foods and a driver of the US export economy.

The ‘Dog pool session’ (2014) clay models were made in a “low-fi gene designer salon” workshop with local children. The accompanying exhibition text features the consciously mistyped nonsense-poem riddled with mispelled allusions to Synthetic Biology – an extreme version of genetic engineering that’s still largely unregulated and rapidly entering the marketplace – as well as dogs and a ‘pool’, potentially of the gene variety (“Here, trun it into a dna laboratory.”).

As a body of work reflecting Renard’s interest in “the emancipation of Synthetic Biology and the rise of collaborative commons economy”, pro.age creates a space for dispersion and adaptation, where crowd-sourced binary infomation not only becomes the basis for innovation but visualises its influence both physically and affectively. In “transferring open source protein sequences on the internet and reprocessing them into 2D and 3D visual propositions”, the exhibition’s focus remains “on mutation cycles, from data to living matter”, while asking, in all this evolution, how far forward have we really come, if we’ve not gone backwards entirely? **