Camilla Steinum opens a new exhibition at Berlin’s M.I gallery, titled Ambiguous Container for Rational Stuff and running at the space from July 29 to August 12.

The Norwegian-born and Berlin-based artist follows up Dubious Desire for Cleanliness at Rod Barton and Consume Meaning and Wash Away the Stains of uncertainty at Come over Chez Malik’s, as well as a contribution to New Scenario’s C R A S H group exhibition with a new solo exhibition at the Berlin space.

Steinum’s characteristic use of fabric and textile art, woven and suspended from metal racks, along with found object-filled sculptures, have populated her past exhibitions, particularly her one at Rod Barton. She continues her unique craft with Ambiguous Container for Rational Stuff with works that reveal spiralled writing snaking through unrolled toilet paper. 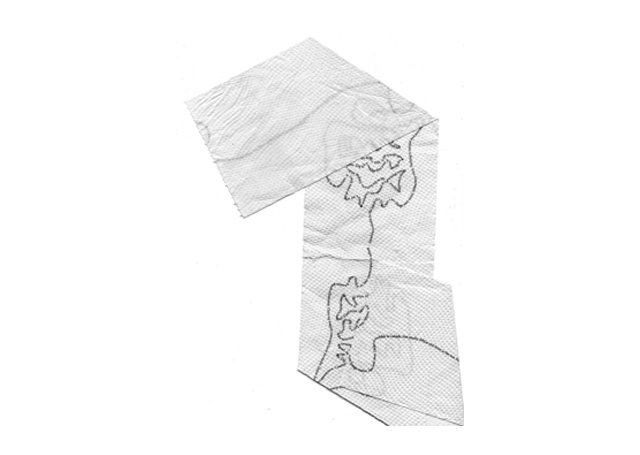