This year’s transmediale programme of exhibitions, conferences, screenings, performances and publications is on at Berlin’s HKW, running February 3 to  7.

With the theme of ‘transmediale/conversationpiece’, 2016 marks the first time the annual festival will run without pertaining to a central theme. It will instead host a series of discussions that take place each day with invited speakers and specific titles all owing to the anxiety of late capitalism.

There are four key strands that the organisers ask its audience to consider in relation to the unfolding, and in parts overlapping discussions: anxious to act, anxious to make, anxious to share, anxious to secure.

We reviewed 2015’s event here, and below have some recommendations for the upcoming week’s conversations and discussions:

‘Panic Room‘ and ‘Excessive Research‘ with Cornelia Sollfrank (both) on February 4.

‘Global Ports‘ featuring Fabiane M. Borges and Ben Vickers, who will also speak in ‘After the Sharing Economy‘, February 4 + 5

‘Fear or Silence, A Brief History of the Air Raid Siren‘ (performance) + Translating the Hyper and the Invisible with Alona Rodeh, February 5 + 6

‘Still Be Here‘ performance with Hatsune Miku in collaboration with Laurel Halo and LaTurbo Avedon, February 4

See the transmediale 2016 website for details and the full programme.**

Generation & Display is celebrating its inaugural exhibition at their new North West location with a massive group show titled K.I.S.S (Keep It Simple Stupid!) and running from March 20 to May 2.

While no description is given about the thematics or aesthetic leanings of the show, its lengthy list of participants gives an idea of what to expect. Included in the line-up are Paul Kneale, Jesse Darling and Ben Vickers, who are simultaneously participating in the Berlin Lunch Bytes conference that weekend.

In fact, the line-up features many familiar names, from Holly White and Huw Lemmey, to Takeshi Shiomitsu, Leslie Kulesh, Mat Jenner, Megan Rooney, Harry Burke, and Hannah Black, along with about 15 others.

Inspired by recent exhibitions at Serpentine Galleries, the Goethe-Institut in London is putting on a study evening titled An Evening on the Great Pacific Garbage Patch on March 19.

Organised by curators Lucia Pietroiusti and Rebecca Lewin, it brings together a collection of writers, artists, filmmakers, and researchers to explore “global infrastructure” and the mobility and movement of people, of things, and of information across international terrain.

Amongst the participants are anthropological researcher Alice Elliot and international law researcher as well as a lecture and performance by artist Rachel Pimm. There’ll be a conversation with architect and writer Keller Easterling and writer and curator Ben Vickers, as well as a screening of artist Lance Wakeling‘s 2011 film, A Tour of the AC-1 Transatlantic Submarine Cable.

The festival and year-long project looks at the future of work, play and life through “the black mirror of data”, examining a culture that has become dependent on and synonymous with measurement, automation and optimisation, one where all work is fun and all social relations productive.

transmediale 2015, led by a curatorial team made up of Daphne Dragona, Kristoffer Gansing, Robert Sakrowski, and Marcel Schwierin, presents the artistic responses to this contemporary phenomenon, kicking off with an opening ceremony with Erica Scourti, Hanne Lippard and La Turbo Avedon, among others. The next day brings a discussion called “Glossary of Subsumption: Enclosed Athens Disclosed” with Oliver Lerone Schultz, as well as “The First Global unMonastery Summit” with unMonastery and Ben Vickers.

That Friday brings back Vickers together with Scourti and Sebastian Schmieg for “Expose and Repurpose” as well as for “Enclosures of Toxicity”  with unMonastery, and the day also features: “hybrid publishing toolkit” with Florian Cramer, ; “Appropriate and Accelerate – Art Under Algorithmic Pressure” with Jonas Lund; “Attuning to ‘Data Doubles’” with Stephen Fortune and Matthew Plummer Fernandez among others; and Evgeny Morozov at the “All Watched Over by Algorithms” conference.

Other events of the day include “#temporarycustodians” with curator Helen Kaplinsky and artist Maurice Carlin, and “Datafied Research: Capture People” with Mercedes Bunz.

That Saturday brings another handful of great events, including ones with Benjamin Bratton, Shu Lea Cheang, Lorna Mills, Aram Bartholl, and McKenzie Wark. 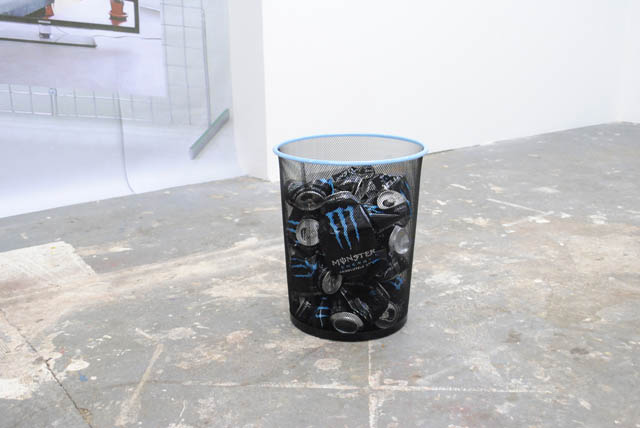 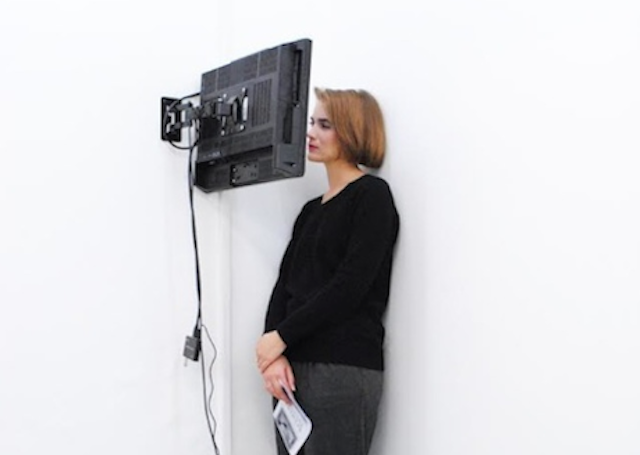 Cécile B. Evans‘ AGNES launched her residency on the new Serpentine Galleries website, in partnership with Hackney Picturehouse, on February 23.

With the concept of the ‘digital native’ being such a contentious issue, perhaps spambot ‘AGNES’ –the first ever digital commission from the Serpentine and curator of digital Ben Vickers  –is its truest incarnation.

Apparently born in ’98 and ‘living and working’ at the Gallery website, AGNES’ disembodied hands and voice leads her viewer through a personalised tour of a WWW dystopia, that can lead anywhere from a wikipedia page on sleep deprivation to a video narrative from the perspective of a sentient, English-speaking chicken. 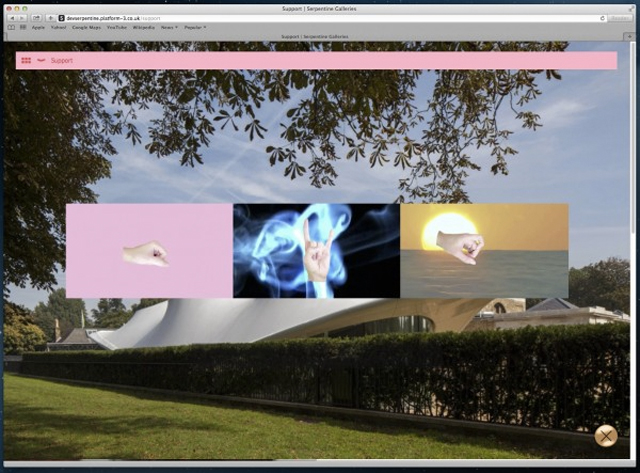 Dejan Mitrovic, Harry Sanderson and Ben Vickers have been announced as fellows for 15-month artistic and professional development placement with Nottingham’s Near Now.

As part of the programme’s efforts to critically explore the place and impact of technology in everyday life the three practitioners -including Digital curator at Serpentine Gallery and LimaZulu co-founder Vickers, RCA graduate and creative entrepreneur Mitrovic and Sanderson, who recently worked with led the Unified Fabric exhibition at Arcadia Missa, will be developing their work with Near Now’s support from January 2014 to March 2015.

Watch an interview with Harry Sanderson and see the Near Now website for details. **