Post Secret is some sort of obligated visit once in a while, for your personal soul, as a worries pacifier or as a voyeuristic window to the rest of the world’s dark secrets. An amazing blog (then website, published books, art exhibitions, international versions…) initiated by Frank Warren back in 2005. 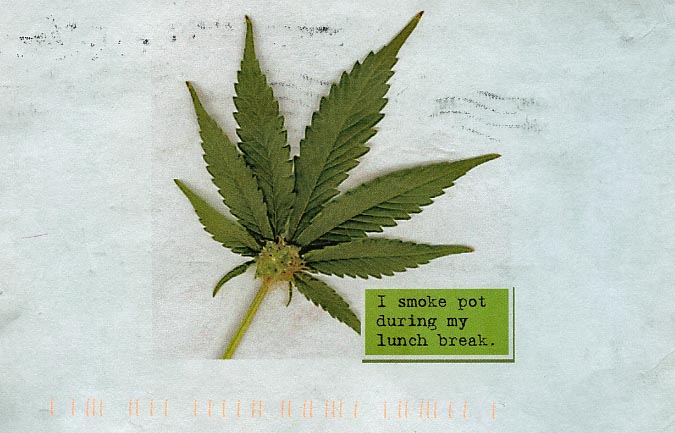 At first  10 secrets were published each Sunday, now they claim “over a half-million soulful, sexual, and silly secrets which have been mailed to PostSecret”. A phenomena which has turned the blog into a veritable goldmine, more than 1 million facebook followers and nearly 0.5 million on twitter…. but at the same time PS has become a great wall where to express many frustrations, in fact since 2008 Warren teamed up with 1-800 suicide to run some crisis hotlines on college campuses.

And because receiving secrets over mail isn’t enough Frank thought an app could be even better… and probably the best way to adapt to our digital times of ubiquitous status sharing . Released a couple of weeks ago & produced by bonobolabs the 2$ PS app (for now only on iTunes but should arrive to Android soon) brings you the possibility to discover local secrets (some dirty, some funny…) while sharing your own, reaching out anonymously or even contacting helplines if needed. Really worth downloading.

Meet the latest iOS app nonesense…. aka a time killer: CamBox. Which by just watching the above the video you’ll easily get the idea of how useful (but actually fun) this can be. Remember Cassius’ “I love u so”? 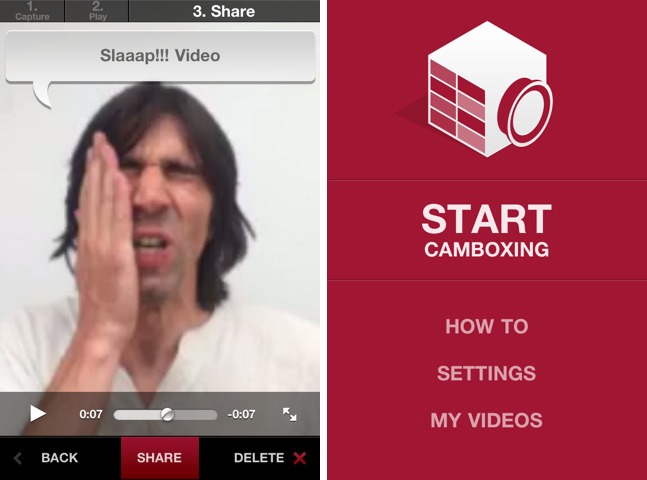 This time Amaury Hazan (the one behind BillaBoop studio) brings us an app to create your own beatbox with videos of your friends… basically each crazy sound you store (from any mate, animal, or supernatural event) is stored as a piece of video into a box. Then you can play the boxes and try to come up with a catchy remix.

The easiest way to create this type of remixes because it involves visual beats!

Mondays is always the best day to discover, download and renew your iPhone app catalogue. Because every Monday 32452345 new apps are added to the Appstore. From such figure, 99% are useless but from that figure 10% are great time funny killers!

Just like  Bla | Bla | Bla: a sound reactive application developed by Lorenzo Bravi as part of a one-day workshop held last December at the design department of IUAV of Venice and in February 2011 at the ISIA of Urbino. 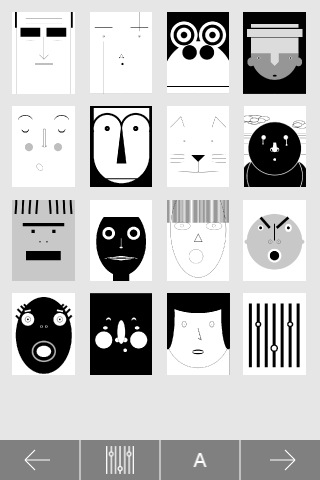 Lorenzo created the app as part of an exercise called “Parametric Mask” within the aim of this workshop called “Procedures of Basic Design”, which is willing to go beyond the classic exercises about form and perception that characterize the course of Basic Design. The programming language used in the workshop is Processing. The porting for iOs was written in Open Frameworks.

Ahhh London, always renewing your attractive but not beautiful face every year but without loosing your Victorian flamboyant spirit. And for those of you coming to the capital for the first time or even if you’ve lived here all your —- life, you may want to use this app….

END_OF_DOCUMENT_TOKEN_TO_BE_REPLACED

The day the Android platform (or any other) comes to have the number of imaginative apps the iOS platform has, then Steve Jobs may be fired (or they’ll have moved to the next best thing), in the meanwhile as it happened a few days ago with Spirits we shall only pray something like the SWC appears someday on Google’s platform….

END_OF_DOCUMENT_TOKEN_TO_BE_REPLACED

Much to our regret Apple and their iDevice platforms (Pod, Pad & Phone… so far) keep having the best community of developers supporting them. And when it comes to “artistic” gaming… (un)fortunately even more…

END_OF_DOCUMENT_TOKEN_TO_BE_REPLACED

Let’s continue with the pixel-retro gaming trend after the Monaco co-op game we mentioned last Friday…. we just can’t get enough, especially from these games designed by Francis Lam (designbusiness)….

END_OF_DOCUMENT_TOKEN_TO_BE_REPLACED

Bada Ping? We yet don’t know what the “Ping” effect will bring but Apple’s latest & sharpest move announced today wasn’t a nano with a touchscreen or an iPod touch with a front facing camera… it was the “Facebook & Twitter meet iTunes” move….

END_OF_DOCUMENT_TOKEN_TO_BE_REPLACED

We registered on MOG like months ago and never used it. Why? Because we’re mostly Europeans so basically their “All Access” is yet not available here and on the other side we had a pretty good alternative: Spotify. Now they’ve just launched (finally) their mobile app…

END_OF_DOCUMENT_TOKEN_TO_BE_REPLACED

The most famous pixely art group eboy (who became famous for their Yahoo or Coke campaigns) have now developed one of those iPhone games you shouldn’t miss: FixPix….