The True Love Over Physics group exhibition is on at Sydney’s COMA Gallery, opening November 4 and running to November 28.

The works brought together individually explore the idea of nature and creation, and the myriad of forms this can take and present “a uniform vision of varying patterns of creation and corresponding thought processes.”

Itinerant exhibition series, Emalin, is presenting the FOLLY group show at an as yet undisclosed location in Stirling, opening March 26 and running to March 28.

Meanwhile, there’s little information given on the FOLLY show itself, aside from an email and phone number to contact for details on the exact location (info@emalin.co.uk or +44 (0) 77 9464 5380) and a list of artists, including Batoeva, with Gabriele Beveridge, Charlie Billingham, Than Hussein-Clark, Jonas Lipps, Matthew Lutz-Kinoy, Cary Kwok and many more.

An essay by writer and critic James Cahill with illustrations by Issy Wood will also be published to accompany the exhibition.

The work of Gabriele Beveridge is currently online at Desktop Residency, running March 4 to 23.

As part of a curatorial collaboration between artist John Henry Newton and curator Barnie Page (of the yet to be fully-realised David Fear and now-defunct nomadic project B.C.) the site presents an artist’s rendering of a wallpaper for desktop, iPhone and iPad, free to download from the Desktop Residency site.

Read a review of Gabriele Beveridge at Fresh Trauma and see the Desktop Residency to download. ** 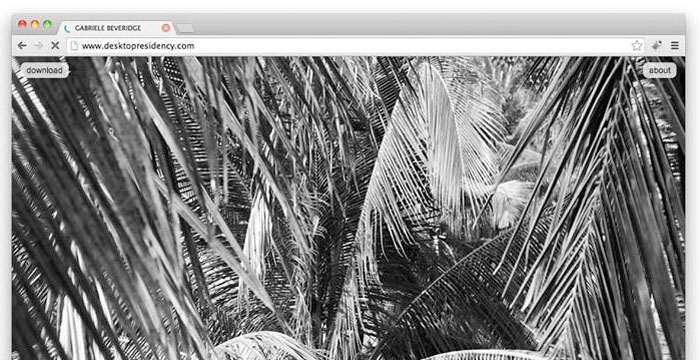