Produced by London-based videoclub and FLAMIN, the event will tour a collection of artists’ film and video throughout May and June at various locations across the UK. Having already premiered in Brighton’s Fabrica on May 4 and Glasgow’s CCA on May 16, future locations include Nottingham Contemporary on May 25, Plymouth Arts Centre on June 1 and Exeter Phoenix on June 14.

The So Natural! group exhibition is on at Polignano a Mare’s Like a Little Disaster, opening March 11 and running to April 18.

In the run up to the show, we caught up with participating media artist Adham Faramawy on his video work ‘Sparkling Life, Pure Water, Healthy World,’ which was included in the show. Additionally, it featured Maria Gondek, Julie Grosche, Hannah Regel, David Stjernholm, Struan Teague, Gioia Di Girolamo and Andreas Ervik.

Through site-specific installation, painting and video, So Natural! explored the in-betweens of binary oppositions, using its structure as “a starting point to remove and reaffirm,” curating a space of diverse takes on “cultural/natural (and therefore political) value.”**


Like a Little Disaster’s So Natural group exhibition is on at Polignano a Mare’s Foothold gallery, running March 11 to April 18, 2017.   share news item

The second in a series of London’s The White Building residency programme, This Time With FEELing is culminating in a show by the artists who participated in the cycle, opening March 11 and running March 20.

Featuring Adham Faramawy, Fleur Melbourn, Holly White and Sophie Hoyle, the artists have been thinking about and putting on events that look at shifting dynamics between affect and its site of production or receivership. They take a critical approach to these boundaries, questioning “the commercial drive towards the naturalizing and subsumption of technologies that enable the trading in and simulating of algorithmic emotional capital”.

Formally ‘Workout World’ before the space became an art space, Turf Projects was once walled in mirrors and host to a showcase of exercise machines and fitness gear. The artists in Get Fit, which already has its own website, will look at how art can gather distance and abstraction from the gym world, imitating memberships, workout atmospheres, self-esteem, voyeurism, supplements and physical health-based public interactions.

Artists showing include Adham Faramawy, Claire Davies, Aoife Mullan, and David John Scarborough and Olivia Domingos (who are co-curators of the show), with music by James Murphy x IBM, who in 2014 made a track using data from U.S open tennis matches.

Adham Faramawy is opening his latest solo exhibition, Hyperreal Flower Blossom, running at London’s Vitrine Gallery from May 22 to June 27.

Its title is taken from a perfume the Dubai-born artist has produced especially for the show, described by Faramawy as “a translation of a video of vocaloid pop star Hatsune Miku dancing in a garden”. The intent is the translation of a Miku’s “hyperreal” image into an olfactory experience, taking scent as a sculptural form —”a presence without a body”.

The exhibition comes as an extension of Faramawy’s previous research on embodiment, representation and the effect of commercial forms on identity construction (you can read a review of an earlier exhibition, HYDRA, here), and the perfume will be accompanied by an animated advert presented within the installation. 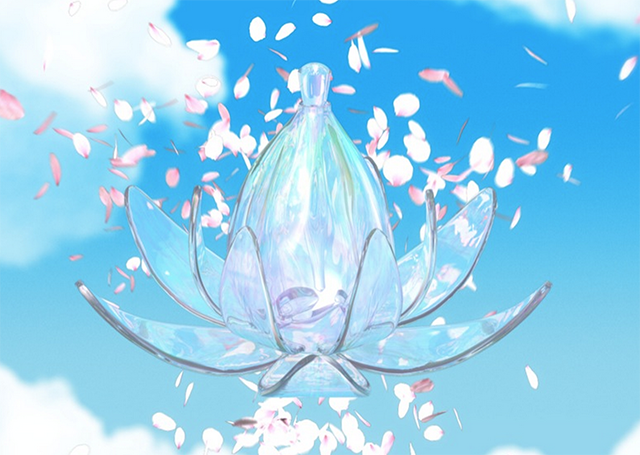 Artists Film Club‘s ’21st Century Pop’ night will be screening works by seven artists engaging with popular culture at the ICA on March 6.

Whether deconstructing, disrupting or satirising its structures, HD Boyz, Petra Cortright, Adham Faramawy, Hannah Perry, Jon Rafman, Magali Reus, and Telfar Clemens create work that is often incredibly discerning, problematic or vital in their interpretations of one of the most powerful tools for mass communication in the world.

Whether it’s self-mediation via user software, an “extremely normal” fashion line or an auto-tuned to the hilt boyband singing love songs to their computer, there’s no doubting a fairly decent cross-section of consumer culture via art.

‘All that glitters is not gold’. That’s a maxim that applies to RA graduate Adham Faramawy’s HYDRA exhibition in more ways than one. Offsetting the bright white walls of Cell Project Space is the garish future-present realities of bodies mediated through the screen. A multilevel stage-as-sculpture and its hueless fibreboard platform, lightly spray-painted with hazy circles of bright pinks, yellows and blues, is central to its exhibition namesake. ‘Hydra’ is listed in lower-case and bears a two-channel screen display to match its multiple titular meanings, across a many-headed mythological monster, a persistent and complex problem and the root of the word ‘hydrate’. Those screens feature two people, one a woman, the other a man, being flooded with the shimmering, realer than real, reproductions of water in ‘Vichy Shower’. That’s after being aptly greeted by the ‘Hi! I’m happy you’re here 1’ plaster sculpture, at eye level and featuring lumps of imitation gravel vainly spruced with shimmering silver spray paint, while crowned by a halo of LED lighting emanating from behind.

There’s something incredibly hollow and unsettling about HYDRA, where an opening night audience hovers around the aforementioned centrepiece, with its reference to the “advanced skin care product” of the ‘Vichy Shower’ title, but no sign of the product itself, and its ubiquitous watery motif, less sodden and soggy than piled up with HD pixels. No one is wet and everyone stays thirsty as our male performer greedily chugs a bottle of water between CGI water bombings on one screen, his preening female counterpart sporting a T-Zone pore strip on her forehead, across the other. The two switch screens at intervals, never sharing the same space but occasionally overriding each other and reproducing themselves across both displays that are perceivably playing the same film. They almost synchronise at points but never quite do.

Where the two participants in ‘Vichy Shower’ are spared exposure below the bust, the grime-smeared bodies of three people writhing and wrestling among themselves and their mud masks in ‘Full Body Facial’ distort and deform under the gelatinous blob of liquid simulations, trailing and obscuring the movements of its captive performers. Locked in an endless loop of abject nudity, they end up suspended in their own simulation, while becoming fragmented into a mass of body parts. Dissected and divided across the rest of the exhibition, male anatomical elements are privileged in an exquisite corpse of a waist-level framed pelvis with semi-boner in ‘Neverwet (dreama)’ at one end, and an almost-full-bodied peek into the ablutions of a man in ‘Spa Day’ at another –the screen flipped vertically like the frame of an invasive smartphone. Everything is immersed in the viscous glue of something that’s presumably meant to resemble water, but looks more like an oil slick, or, if the innuendo of ‘Neverwet (dreama)’ is to be applied, a particular kind of bodily fluid.

“Bodies flex, exhale and exfoliate,” says the blurb of the HYDRA leaflet, as if these behaviours, animal and advertised, are one and the same. Luxurious and unnatural, the omnipresent blob follows any attempt at getting clean in ‘Spa Day’, as the man, with his image cut off at the shins, wipes away a thick white foam from his skin only for a glistening CGI course to replace it. Focus on the phallus far outweighs its conventional opposite; there are no vagina close-ups and the only pair of boobs are unceremoniously thrust into the ‘Full Body Facial’ melee. It’s unclear whether the sexual disparity is intentional, as is the race and gender difference between the characters of ‘Vichy Shower’, but there’s something to be said for the disproportionately flaccid, synthetic, archetypically white masculinity of these scenes, and the concept of HYDRA in general.

There’s no denying the sense that the audience has entered an unnatural state, confined to its screens and the concrete reality of a modern-life construction. A powerful, fashionable, aesthetic and tactile fetish pervades, the irony of it being that none of it can be touched. Whether it’s the watery droplets gathered on the waxed and polished screen of ‘Vichy Shower’ –suspended in an abstract limbo of graphic simulation that neither viewer nor viewed can reach out and touch –or the phoney gravel sculptures that are tacitly off limits, HYDRA is the very realisation of the re-mediated unreality of a two-dimensional space.

An unfulfilled desire and persistent thirst culminates in the composition of ‘Neverwet (dreama)’, its visuals not explicitly referencing but recalling the seedy self-indulgence of a superclub aesthetic, with whirling interior spotlights and a soundtrack that vacillates along the not-quite-stimulating-enough strangeness of computer-generated bass drops and syncopated drum beats. This is sexless, mechanical lounge music. Crumpled silver cellophane, hovering blocks of gradient colour and, of course, the persistent globules of make-believe water, disappear and dissolve into a weathered concrete surface in one video and the graphically reapplied rock formations of another. It’s hard to tell whether we’re watching ice melting away or water drying up. It’s probably, ominously, both. **

The scarcer the product, the more it becomes a luxury, which is why Faramawy’s collection of 3D and 2D video works focus on the most valuable resource of all. Squarely centred on consumption and its mediation, water-and-well-being-as-commodity is explored through a typically aestheticised remediation of it through an iPhone. There, neoprene-sporting performers are at turns rejuvenated and inconsolably thirsty in a perpetual cycle of “post-rave thirst aftermath”, endlessly digitised and dissolving.