The R U Still There? group exhibition is on at Berlin’s House of Egorn, opening October 13 and running to November 25.

The press release does not reveal what the show will bring, but rather sounds like promotional material for a video game, with survival tips like “the environment is not kind,” and, “How you survive is up to you.” It echoes themes of online survival game called ‘Rust‘ by The Mycological — with contributions from Kulbokaite & Gaweda’s recently ended Agatha Valkyrie Ice project, as well as Mikkola — focused on how social and physical networks support each other.

The Bread & Roses: Artists and the Class Divide group exhibition is on a the Museum of Modern Art Warsaw (MOMAW), opening February 18 and running to May 1.

Drawing on philosopher Pierre Bourdieu’s characterisation of the artist as “the dominated part of the dominant class”, the show explores the role and status of the artist within society, as one that exists between privilege and oppression: “We are interested in the process that transforms the existential and institutional figure of the artist into a medium that some use to demonstrate and modify their entanglement in the mechanisms of socio-economic divisions.”

In acknowledging “the tension that characterizes the current political and social conflicts” in Poland and by extension its art world, Bread & Roses aims to interrogate this ambivalence by placing work by Polish artists within an international context.

A background white noise awakens a feeling of being just a minimal part of something much bigger than ourselves. It acts as a subtle input to set up the mind, in order to navigate the bright quiet space of London’s LD50 running November 6 to December 3. It’s the sound of a storm on Mars: perhaps the next step within the to-do list of the posthuman subject and her new territories to colonise. In the gallery space, the works of the artists Juliette Bonnevïot and Christopher Kulendran Thomas converge in their joint From Dust exhibition, aiming to unify some inhuman traces while stretching boundaries and challenging the limits of representation.

Opposite the entrance, a series of monochrome paintings take over the wall. Everything seems quite usual until getting closer to the works and reading what materials they are composed of, on a framed white paper hung above them. Juliette Bonnevïot’s ‘paintings’ are named after the pigment mixed with several materials containing xenoestrogens; a term derived from the greek word zenos, meaning ‘stranger’ and referring to natural or artificial estrogen-like compounds. The hormonal composites surface in the form of a coloured texture deployed on long canvases.

Two sculptures from Bonnevïot’s project Minimal Jeune Fille rest on the wooden floor. On one, her own plastic waste is crystallised in four blocks of bio resin acting like table legs. The legs prop a sheet of PET (polyethylene terephthalate) plastic, on top of which lies a microfiber cloth. An empty glass bottle lingers beside it. On the other, a folding-screen structure sustains more PET plastic, folded and moulded as if it was rippling. Made with the same kind of material, two transparent torsos, PET Women, hang on the opposite wall, almost floating. There is a very subtle handwritten text on all of them, transcribing tips that so-called ‘eco housewives’ share with each other through forums devoted to sustainable households.

On the opposite wall, Christopher Kulendran Thomas’ works add a very different tone to the conversation. Trapped behind a black web, some cuts from popular vintage magazines and some drawn existential motifs create the illusion of a nature-human merge. The collages and drawings lean on a wooden framed canvas, decorated with pastel brush strokes and greyish angry scribbles. The solemn medium of painting turns into a tactic structure where diverse realities are flattened.

These works carry data from other contexts in the same way each dust particle carries the data throughout the solar system –as mentioned in the press text quoting Iranian philosopher Reza Negarestani. Materials are carriers of concepts and information, which, through encountering the gallery space, create a compound of meaning, recalling our networked, sometimes inhuman, condition. An escape to Mars would be perhaps the ultimate act of humanist hope. **

Juliette Bonnevïot and Christopher Kulendran Thomas’ From Dust is on at London’s LD50, running November 6 to December 3, 2015.

In nautical terms, absolute bearing is the clockwise angle between north and the object observed from the vessel. The nautical references don’t end there: the exhibition’s press release states that “two-thirds of the planet are already under water”, “everything disintegrates in the face of the wave”, and, finally: “The signs were everywhere; the churning of the water, the inevitability of the waves, these are all part of the same body, the same movement, a constant emergence and vanishing in an endless flow of continuous energy, an ongoing mixing and remixing with no separation and no boundaries—absolute liquidity.”

The Conch series returns with a new sold-out event tonight, taking place at the Clore Studio of the South London Gallery at 7pm.

The series brings together presentations of new works and commissioned writing by artists and writers considered emerging, using the format of an open forum to invite critical discussion and feedback in a relaxed atmosphere. 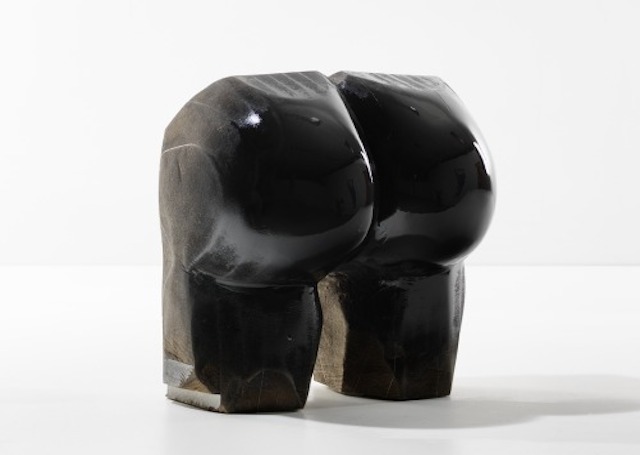 When artist and curator Mat Jenner describes the distribution and viewing of art online as a “loss of the body, in some ways,” his choice of words has a particular resonance in the space of Stoke Newington’s Project/Number. In the presence of his Foam exhibition, after all, the body (both yours and the body of work that makes up the dubplate archive at the room’s centre) is crucial. It’s dependent on participants entering the space, picking out a record and playing it; it’s entirely grounded in physicality.

The records in the archive include contributions from artists as varied as Hannah Black, Yuri Pattison and Christopher Kulendran Thomas & Amnesia Scanner, and range from experimental soundscapes and heavy metal, to spoken word poetry and a Drake cover. In practice, this endows the recordings with an unpredictability and tension that makes them the volatile epicentre of the otherwise sparse room. Jenner talks of them as “colouring” the space; each person who walks into the gallery and plucks out a record has the potential to drastically alter their surroundings.

This Friday, July 4, Foam opens at Hackney’s AND/OR gallery, where you can see (and hear) it until August 2. Watch our interview with Mat Jenner for more on the unpredictability of the Foam experience, the process behind the artists selected to contribute, the use of records (and of the space itself) as form and the re-gaining of art’s lost body. **