NYC producer and part-time conceptual artist Fatima Al Qadiri has announced her debut album, Asiatisch, to be released on London-based label Hyperdub, May 5.

Quietly posting the cover on her Facebook page, the album artwork is credited to pan-global non-brand Shanzhai Biennial. There’s been no music to speak of yet but considering earlier releases on labels like UNO as Ayshay and Fade to Mind, as well as her work with Future Brown and the GCC, there’s no doubting it’ll be both excellent and culturally relevant.

Not only that, but the signing to Hyperdub isn’t so surprising, considering the Kode9-founded label’s history with Grime and dubstep, which is a visual aesthetic and sonic palette that has had an undeniable influence on Al Qadiri’s expanding catalogue.**

I first came across Babak Radboy, or at least a concept of him, online. A mysterious construct connected to the Shanzhai Biennial website, forever “COMING SOON”, an avatar of the appropriated Bad Boy logo on his Twitter account, an illuminating and amusing Q&A with Fatima Al Qadiri.

“We could talk about the elephant in the room which is the application of so much Marxist methodology to what is essentially advertising,” says the real Radboy, artist, art director and, from where I’m (figuratively) standing, neo-Marxist. It’s true that, between the slightly unsettling “offness” of art collaboration-as-reapplied branding strategy of Shanzhai and his art direction in Kanye West’s ‘Power’ video, you could be fooled into thinking that Radboy’s is an embrace of capitalism, despite its unworkability becoming increasingly clear. But, in the same way that the irreverent wit of Middle Eastern art and culture magazine, Bidoun (where he is Creative Director), points to the inherent prejudices of Western ‘compassion’, Radboy critiques and subverts the capitalist system through his apparent collusion but actual subversion of it.

That’s no more explicit than in his most recent work with Yodit Ecklund on the marketing strategy for sustainable and fair-trade African surf wear label, Bantu. There, with some clever ideas and no ad budget, the project manages exposure through editorial spreads, at the same time as drawing attention to condescending and inaccurate Western perceptions of the African continent –namely as one blighted by famine, poverty and disease –by reclaiming and playing with these misconceptions through slogans like “Surfering Africans” and “End Hunger, Eat My Shorts”.

Because, as Lucy Chinen says in a recent interview with aqnb, “being subversive now doesn’t necessarily mean [being] controversial”, and for Radboy at least, he saves the scandal for his interviews. 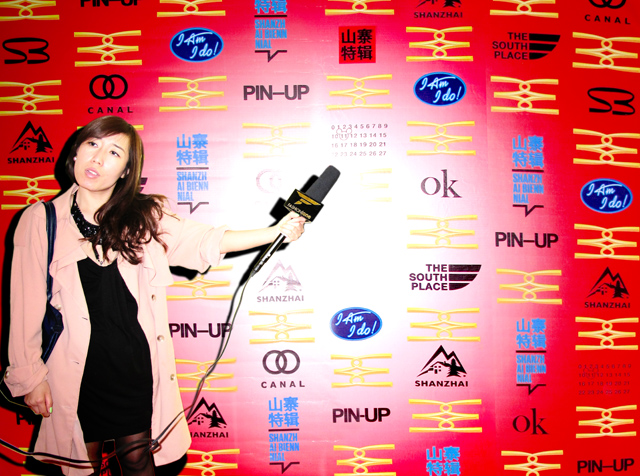 It’s interesting that you’re marketing Bantu through editorial. Do you see it as a subversion of current systems that function on so-called “immaterial labour”?

Babak Radboy: Yeah sure. It’s, in some ways, an application of my formal work with Shanzhai Biennial: the basic thesis that if you do something interesting enough you don’t need an ad budget (or any budget, up to a point).

But I think the notion of subversion and also ‘immaterial labor’ have become a short-hand that doesn’t refer to very much any more. When financial services operate at 145 per cent of the US GDP, there can be nothing subversive about immateriality. Also, if this particular work is subverting the gatekeepers and bypassing protocol to gain visibility, then it is also subverting the space allotted ‘real’ artists who’s work is ostensibly not instrumental in selling something; unicorns who trade in glances and inspire us all with their special visions.

I honestly think this is basically just decent advertising, fitted to a certain scale and market. It ignores the protocols, which do not serve it and invokes the ones that do.

What’s your personal interest in places like China and Africa?

You’ve been to China but have you been to Africa?

BR: All parties agree Egypt is not in Africa, so no.

I was in China launching Shanzhai Biennial when I first saw CCTV [China Central Television]’s only English language channel, Africa News. They presented a specific narrative about Africa, it was, of course, a kind of propaganda, it just happened to be quite a bit less stupid than everyone else’s propaganda.

Here is Africa, with over one billion people, under 20 [years-old], who need almost everything. From a certain angle it looks a lot like 100 more years of progressive capitalism. This is, of course, nothing to celebrate but when I say progressive I do mean it, however grudgingly.

Of course, I’m aware that it is not so simple to imagine the continent is a real fix for the labour crisis of capitalism or the extinction of the western middle class… I’m aware that the ‘development’ of Africa is not inevitable, and that there is an equal amount of ugliness in both its success and failure… 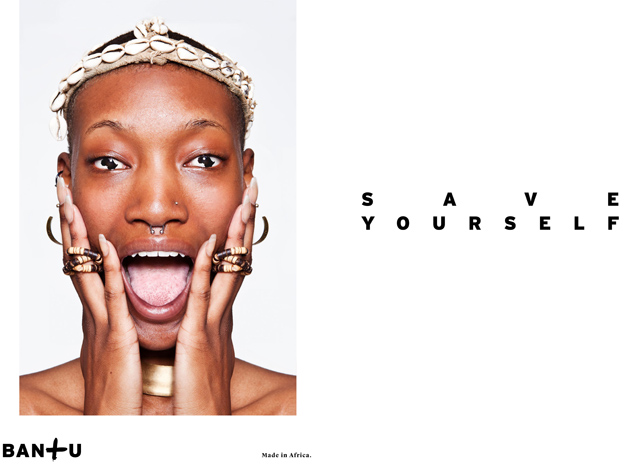 What is the goal with this new Bantu campaign?

BR: Well, for me it was about articulating a different vision of Africa, in terms of how it is perceived, how it operates, in shorthand, in images and the imagination. But, to be clear, we are talking about images and not a place. It is not about being true to form, the relationship between something as undesirable as a continent of nation states and the genius of the people who live there can never be resolved in something like a narrative or image. For me the point is the current image of Africa being hustled is an insult, an embarrassment for everyone involved, profoundly harmful and, conveniently, also completely inaccurate.

You’ve mentioned that the focus would be on playing with pre-existing notions about Africa. Do you think there’s an element of condescension in these well intentioned, though patronising, attitudes toward ‘developing’ countries?

BR: Yes. Most of what Oscar Wilde said still holds. The entire discourse of human rights and philanthropy is deeply anti-political and besides that a pretty complete failure. The object here is to avoid at all costs the personal agency and political power of the polis, even if it takes half your personal fortune. In that sense African aid has been a success.

In your experience, have you seen a similar attitude in other cultures or do you think it’s specific to the West?

BR: It is not specific to the west ethnically or geographically, just historically. It is the moral outlook of neo-liberal capitalism making bedfellows of activists, corporations, governments and academics in one giant, boring sublimation of class struggle.

The thing I found most profoundly striking about China, that I was amazed I had never heard before from travellers, was the complete absence of this specific and seemingly universal “soft-left” complex of guilt and condescension. Not only on the side of the ‘privileged’ for the poor but the other way as well. It is a breath of fresh air. This is why you cannot get service in a Chinese restaurant. It is not some kind of primordial aspect of the Chinese character, at the beginning of the 20th century there was probably no polis more servile than the Chinese. It is an effect of the Cultural Revolution, pure and simple. Class struggle is still on the surface, for now anyway. 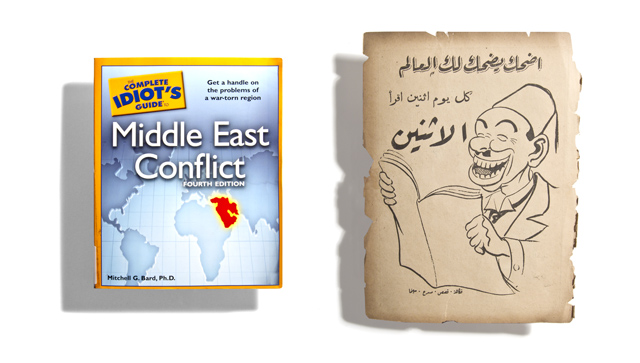 With Shanzhai, when you say the pedagogical model of exploring it would be more exploitative than your particular process of value creation, do you mean that in terms of isolating it from this dynamic exchange that makes things like Shanzhai so exciting, or in terms of Western condescension?

BR: I think a lot of people in my field get confused at this distinction — and think racism is like a truffle hidden in texts and images. Third stream readers of writers like Edward Said, who we call post-Marxist, forget that it’s post-Marxist in that it is after Marx; that they were applying his methods to changing circumstances. There was a real political content and a real economic critique and all we take from it is this identity thing. Especially now, when the west is slipping so quickly, it starts to become ridiculous to worry about Chinese feelings.

So this is my grossly simplified pro-racism argument: give me money, power, mobility, equal standing under the law and sovereignty and you call me whatever you want. Khaleeji’s are the best example of this, someone who can trace their family back a millennia and buy your house a few thousand times over can stand to be bemused by your racism or your charity.

But it isn’t actually a simple matter. There is definitely a failure of the imagination at work. I would point out that it is precisely the most compassionate and diversity hungry Westerners who will surprise you with a rant about the inhumanity of the Chinese, on human rights, the environment, ‘character’ etc. It is uncanny to observe how perfectly this ‘lefty’ perspective fits into state interests in global capitalist competition. 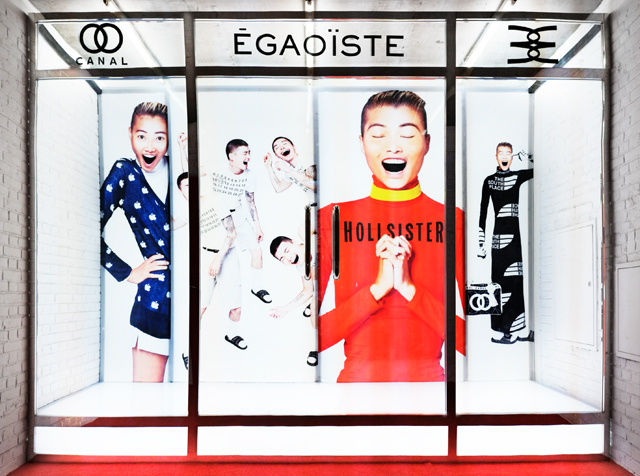 It makes me think about assumptions made about the perceived totalitarianism of other non-Western governments. Not that I necessarily agree with those political systems but there are many parallels between the attitudes and the uncritical embrace of, say, Communism and the highly problematic approach to democracy in countries like the US, UK and Australia.

BR: This is another very contentious and long conversation to have. I will risk scandal and say that in my personal view there is no discrepancy of freedom between China and most western nations, just a radically different arrangement of pretty much the same amount of freedom.

Most of the people I met in China disagreed strongly on this point, they were deeply pessimistic about their government, but, then again, the people I spoke to spoke English and hung around galleries. Almost by dint of this fact alone represented certain class interests and/or aspirations.

I think the prevailing narrative puts a truly disproportionate emphasis on freedom of expression when considering the freedom or un-freedom of a place or people, and this serves a truly instrumental function in international relations. This is how the state and business interests have effectively colonized the left.

In the case of China, especially, we are fed the worst kind of propaganda in terms of how news is filtered. Chinese state repression includes many policies, which are downright heroic when compared to those of western nations. The government has fought a pitched battle, for example, against speculation on real estate because shelter is what you might call a human right. Rents are to be proportionate to wages. The monumental gains of organized labor in China is completely ignored  by the western press who are, I imagine, waiting for one on free speech or religion.

In any case it is not simple and betrays not only a soft cultural bias but concrete national and, or corporate expediencies.

What are your thoughts on the appropriation of Middle Eastern cultural tropes, for example, do you take particular offence to it?

BR: Not really [laughs]. It’s like the Seinfeld joke where Jerry is not offended as a Jew, but as a comedian… I’m offended as an artist by someone like Olympia Scarry, but not as an Iranian.

Do you think that, as political and economic power shifts towards countries like China and Africa, that those attitudes will change? Do you see those shifts happening already?

BR: I really don’t know. I see more evidence of increases in overt identitarian conflict. The gist of it is that multiculturalism has always been a supplement to superiority. I’m not sure it can survive without it. I think the best we can hope for is the rise in a healthy and sincere apathy towards ethnic and national differences.**