The Being There group exhibition will be on at Vilma Gold, opening June 30 and running July 30.

Alongside a simultaneous solo show by artist Brian Griffiths called Bill & Vilma at Vilma Gold, curator Matt Williams has brought together several artists for what promises to be a strong and bold mix of material and political practices that mostly seem to deal with structures and their building or unbuilding.

As is often the case with the East London space, there is little by way of information prior to the exhibition opening itself save for a photo of someone tuning a TV that is broadcasting a moment between Sesame Street’s Big Bird and a young woman.

The Mo’ Tile group exhibition is on at London’s Union Pacific, opening March 18 and running to April 23.

‘Motile’ is a word used to describe tiny organic forms of life that are able to move by themselves, i.e —spontaneously —as well as the movement of mental imagery that arises with bodily movements as position as opposed to as a reaction to images and other more externally sensory receptions.

Artists in Mo’ Tile are Neïl Beloufa and Cooper Jacoby whose solo show Stagnants is on at Berlin’s Mathew Gallery until March 19 and aqnb reviewed earlier this month set out to continue his exploration of “forms of capture nestled in ubiquitous interfaces”. Also involved is São Paulo-based artist Erika Verzutti, along with Marina Pinsky and Melanie Matranga, the latter of whom described her work as using and understanding “emotional structures” after installing a solo show at Palais de Tokyo. 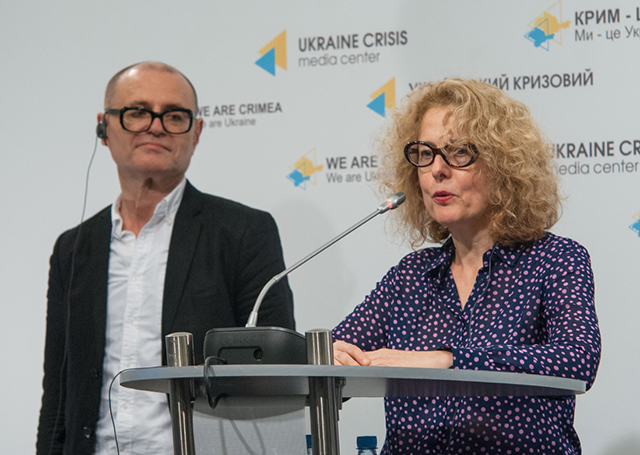 The Athens/London-based art, research and curating platform, founded by Pegy Zali, Petros Moris and Theodoros Giannakis, opens this new exhibition with an abstract text about light, darkness, wooden coils and metallic rails – “Each time that a beam hit the copper spiral, the warm light of the sharp reflections colored the crushed stone with which the ground of the tunnel was paved” – that gives away little else about the exhibition.

The location, however, is known, and taking place at V4ULT’s new Kiefholzstrasse location. Throughout the duration of the show, the curators are introducing two interventions, The first is Neïl Beloufa‘s 2011 film, titled ‘The Analyst, the researcher, the screenwriter, the CGI tech and the lawyer’ (2011) and takes place on December 19, with the second intervention yet to be announced.

NEIL BELOUFA – Excerpt from “The Analyst, the researcher, the screenwriter, the cgi tech and the lawyer” from Balice Hertling on Vimeo.
share news item

Neïl Beloufa‘s solo exhibition Counting on People is on at London’s ICA, opening September 23 and running to November 16.

Billed as the first “UK institutional exhibition”, Beloufa’s 2007 film ‘Kempinski’ was exhibited earlier this year as part of The Sunday Painter’s Fulfilment Centre group show in London. This one will feature two new films, including ‘Data for Desire’ (2014) and ‘VENGEANCE’ (2014), along with a commission a from Palais du Tokyo,  ‘La domination du monde (World Domination, 2012)’,  as well as ICA and Canada’s The Banff Centre co-commission ‘Home is Whenever I’m with You’ (2014).

All these forms explore socialisation via networks by disrupting an audience relationship with the screen in a show spanning the Theatre and Lower Gallery of the ICA; a collection of new sculptures and live video works looking at the role of images in constructing our environment, physically and virtually. 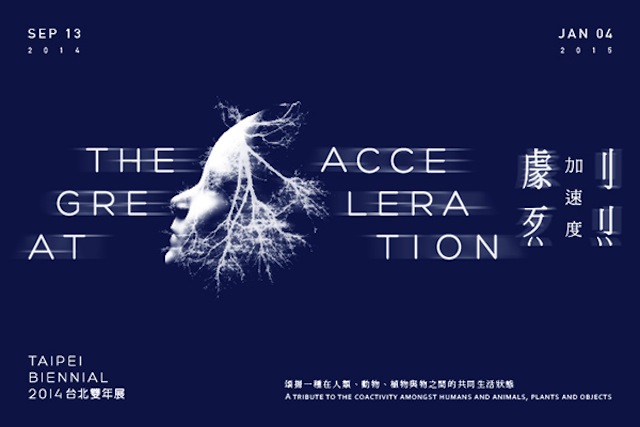 Welcome to 2014, where ‘Fulfilment Centres’ are places that help you sell stuff. As Amazon puts it, you just have to send your items to them and they “[deliver] the products to your customers from our network of Fulfilment centres.” In a month-long exhibition for The Sunday Painter, London collective N/V_PROJECTS trace a link between the hyperbolic name for these warehouses and the literature on “Wellness” and “New Age” lifestyles that “occupies a surprisingly large portion of storage racks” within them. We live in an age where enterprise uses signifiers of spiritual betterment to sell you things that detract from it; where many try to buy access to self-realisation, to their own centres, by dropping The Power of Now or Reiki for Dummies into their virtual baskets.

Fulfilment Centre is an exhibition with its focus on this friction between ‘self-improvement’ according to Capitalism and the Eastern philosophies it borrows from to meet its own ends. The first work to be seen in the space, Lewis Teague Wright’s ‘Suspicions In, For, Without Paradise’, embodies this contrast sharply with its thin twists of copper plated bronze entwined around a pillar of corrugated galvanised steel. These copper rings set off a theme of adornment and appropriation, like “healing” copper bracelets bolstered onto Western wrists, making it even more affecting to realise that the sturdy, industrial pillar they’re attached to is of course a sheet of metal: completely hollow.

Appropriation is explored even more explicitly in two pieces that sit in conversation with one another, Timur Si-Qin’s ‘Deliver me from dipolar spirits’ and Christopher Kulendran Thomas’ re-contextualisation of Prageeth Manohansa’s painting ‘Ganesh XI’ in an extract from his When platitudes become form series. With this ongoing work, Kulendran Thomas explains, “I reconfigure, for the Western art market, artworks by some of Sri Lanka’s most celebrated young artists. This radical re-marketing of the island’s contemporary art raises funds to resist the oppression of communities displaced by civil war, channelling resources that are not under government control to the formerly Tamil-occupied territories of the North and East of the country.” The result of that mission in Fulfilment Centre is a somewhat phallic painting of the Hindu elephant-headed god Ganesh placed over a Nike t-shirt canvas, the iconic tick set jarringly off-kilter in a way emphasising its masculine shape.

The t-shirt’s positioning suggests the exact outline of the “perfect” male torso, sculpted in seams; opposite, Si-Qin’s ‘Deliver me from dipolar spirits’ counter-acts with an extreme close-up of a man’s chest and stomach, all muscly and hair-free. In Si-Qin’s work, the torso (which is displayed on his staple aluminium X-banner stand that could have been taken straight from the conference room) is next to a mirror-image of a woman’s face, airbrushed into the uncanny valley and framed by her delicately manicured hands. In Si-Qin’s installation, “dipolar” qualities are both separate from and inherent to one another, and so these gender ideals are presented together, both propping prop up the flipside of a display promoting “PEACE” with the star and crescent and crucifix of a Chinese yin and yang symbol. The fusion is crude, as is the commodification of Eastern and religious philosophies. This piece more than any other walks the “fine line between cynicism and sincerity” referred to in the Fulfilment Centre press release, directly appropriating its object of critique to form the crux of the space, the other pieces orbiting.

The most dynamic, immediate work, though, is that of Julie Born-Schwartz, whose mixed media installation ‘I had an expectation that it would fade’ creeps off the wall and across the space, its disembodied arm taking agency as it claws out of nothingness. Formed of hard unfeeling gold and peculiarly skinless, the arm is presented on a backdrop of what looks like skin cells under a microscope, digitally rendered and printed on paper that spills from wall to floor. The fingertips touch lightly on a pyramid; the hand reaching for spirituality, or at least a symbol of it.

Elsewhere along this cycnical-hopeful spectrum of belief and self-improvement are Tyra Tingleff’s painting on raw linen, ‘Respect pop but we’re broken up’, the rough and dense quality of which reveals its shapes slowly, and Neil Beloufa’s award-winning 2007 film ‘Kempinski’. Seemingly named for the luxury hotel chain, the film sees actors in a variety of suburban and rural spaces in Mali talk about their ideas of the future under the buzz of artificial light. “Once you think about something, you have it in front of you,” says one of Beloufa’s subjects. That future is now: think of anything you desire, and it’s probably waiting to fulfil you in a centre not too far away. It’s a hollow, steely promise. Be careful what you wish for. **

N/V_PROJECTS’ Fulfilment Centre is showing at The Sunday Painter, running March 1 to 30, 2014.

Header image: Julie Born Schwartz, ‘I had an expectation that it would fade II’ (2013). Mixed media installation. Detail. Image courtesy The Sunday Painter.