When it comes to Klein, the first listen is a hard listen. A frenetic medley of cut-up of keys, field recordings, live vocals and other internet ephemera, the London-based producer has become known for going deep into the mire of misshapen experimental noise music that’s haunted by a pop education.

Tommy, out via Hyperdub on September 29, will be Klein’s first release on a label, its unsteady assemblage of eight acutely emotional mishaps clocking in at just under 25-minutes. A fifth of that is devoted to a studio conversation-come-woozy sleepwalk through looping, discordant clamour and vocal harmonies in the heavily-credited “Prologue ft atl, jacob samuel, thisisDA, Pure water, eric sings.”

Half-finished and a work in progress, the tracks of Tommy feel cobbled together from a desktop folder with file names that sound like stand-ins — “Runs Reprise,” “Cry Theme,” “B2k.” These are heavily sampled, layered and glitch-y songs for a track listing that reads like an incomplete script, which is also out of order. “Act One w embaci + jacob Samuel” comes first, and its “Prologue…” appears five songs later. Klein opens the latter track with a half-joking a capella of 90s RnB icon Toni Braxton’s “Unbreak My Heart” before leaning into a mention of Mariah Carey, while other banter comes in and out of reach of the microphone. It repeats and replays underneath blown out and manipulated samples. The whole thing looks and sounds like chaos and, yet, it’s somehow oddly tranquilizing.

An only child of the mid-90s with an arte povera aesthetic, Klein’s complex and highly intuitive approach to music and soundscaping had already been infecting the London electronic scene – often live, but also on YouTube – for a couple of years before 2016’s Only album, and her Lagata EP especially, made an impact on the press circuit via Bandcamp. Before that she’d been the younger charge of the older South London post-grime scene of the likes of Kwes and Raisa K, performing on bills with Micachu, while producing, then deleting a vast catalogue under a different name. For a brief time after that she went by Yung Klein before coming into her own as just Klein.

Lagata confirmed the Lewisham artist’s peculiar position at the intersection of an unabashed love for pop, soul and RnB, as well as a profound respect for the influence of performers like gospel’s Kim Burrell and even opera’s Pavarotti. Melodrama played a major role in the music, as well as the evocative emotional power of a simple key change in what was a fairly impressive display of vocal range. Klein’s by now signature guttural moans (most recently lent to a couple of tracks on Laurel Halo’s Dust EP) met the more melodic elements of an easy alto melisma in songs like “lover” and “with u.”

Those pieces’ lyrics were more recognisably tuneful – amidst all the atonal drops in pitch and irregular rhythms – while on Tommy the words are almost completely incomprehensible. What’s not been swept up into this tumult of millennial musique concrete, though, is the residue of profound emotional resonance. The jerky, arrhythmic cutups of myriad groans, gasps and grunts in “Farewell Sorry” are made all the more affecting for the track’s understated title. “Cry Theme” is a trimmed recording of a piano that stumbles alongside the repetitious loop of a haphazardly clipped, pitched and distorted sound byte of the phrase, “I never cry.” It spirals out of control, while reminding the listener that its speaker is fooling no one. Fragmented and cacophonous, it’s hard to maintain focus on which track is which in Tommy, its discordant but never violent noise inducing a peculiar sense calm.**

Imagine a pixelated virtual club, vibrating with a spectrum of neon-tinted pastels, resembling a Limara deodorant commercial, filled with dancers whose holographic Swatches match their bright VR helmets. It’s 1987, and computer game designers are aiming to create a convincing a near-future venue, filling it with vibrancy via a combination of bouncy Chicago House and brisk, synth-rich disco-pop in the vein of Whitney Houston’s ‘I Wanna Dance With Somebody’. Ikonika‘s ‘Aerotropolis’, just released on Hyperdub, would make the perfect alternative soundtrack.

It’s been quite a while since we heard from Sara Abdel-Hamid, aka Ikonika. After releasing a series of well-received singles, and an LP which marked the shift from auteur dubstep towards a dizzying, rollercoaster-ride combination of chiptune and bass music, the London-based producer focussed mainly on DJing and her own Hum+Buzz label. ‘Aerotropolis’, Ikonika’s second full-length, shows further transitions in both technical and stylistic terms. Replacing her earlier software of choice, Fruity Loops, with Logic Pro, the resulting sound has a more polished, smoother quality.

Far glossier than its 2010 predecessor ‘Contact, Love, Want, Have’, ‘Aerotropolis’ offers the soaring sensation of lavish synth passages, instead of wonky 8-bit melodies, a jet-set edge replacing the rough and slightly disquieting tone of the debut album. At times, it’s almost mid-1980s airbrush illustration translated into musical language; riding a glitter surfboard, champagne in hand, towards a Miami sunset; the joys of discovering the then-novelty of the personal computer; or the sheen of sky-scraping glass castles in an imaginary Metropolis 2000. Ikonika herself suggests that the proximity of Heathrow airport, coupled with her fascination for the imagined futures visualised during past decades, contributed to the spacious, elevating mood pervading Aerotropolis. This blend reaches its peak on the baroque ‘Mega Church’, which echoes the cathedral-like, spacious tropes of early 90s techno a la 808 State, as much as it invokes video game soundtracks, resulting in a mental image of ‘Lawnmower Man’-era computer graphics. Many tracks have an illustrative, filmic or library music tinge to them, which together with retro-futuristic ornamentation make ‘Aerotropolis’ a distant, more cheerful relative of Kuedo‘s Severant.

At the same time, the album contains a number of potential hits. The poppiest tracks, vocal-led ‘Beach Mode’ and the infectious ‘Mr Cake’ share a sensibility with the chillwave trend of 2009: a neon-toned, synthesised hint of end-of-summer melancholia. References to a style which has now been pronounced ‘dead’ make Aerotropolis a temporally-confusing release and provoke thoughts about the Moebius loop of retromania: here we have an album that alludes to an already-outdated aesthetic, itself the revival of a bygone style. Does this mean that stylistic recycling has suddenly accelerated, or rather that chillwave and neo-90s house have yet to be fully explored?

Ikonika’s Aerotropolis is out on Hyperdub today, July 29.

Delivering his audience from the evils of anticipation, London-based performer and artist extraordinaire Dean Blunt has dropped his second solo album proper, The Redeemer on Hype Williams label World Music and LA’s Hippos in Tanks.

Littered with subverted pop cultural references, Biblical allusions and samples of very private-sounding answering machine messages the album makes leaps in fidelity and composition. A typically cryptic baring of his soul and a wistful lament over modem love, pastiche and collaboration abounds, with a dedication that reads as follows: 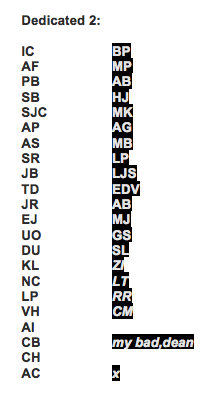 Make of the what you will, buy the album and pay particular attention to ‘Demon’ featuring Joanne Robertson. Hands down, album of the year. **

Not many people were expecting this… The Spacecape (Stephen Samuel Gordon), Kode9’s eternal collaborator and friend provides today with this night-dark clip after going into trance for “On the run”. Besides the obscure confession Hyperdub aren’t sharing many more details on this new potential solo project by the London MC.

The clip has been directed by Hiroo Tanaka (aka Inumikaku) who had previously directed the King Midas Sound documentary for Steve Goodmans’ label last year and who funnily enough gets a new clip for FunkinEven released today too.

When it comes to music with a global perspective, you can’t go past an outfit like LV. An amalgamation of minds raised in the heady metropolis of London, the UK production trio of Simon Williams, Will Horrocks and Gerv Gordon have been producing a frenetic mix of genre-crushing hybrids, often flippantly tossed under headings ranging from garage and funky, to house and digi-dub, for years. 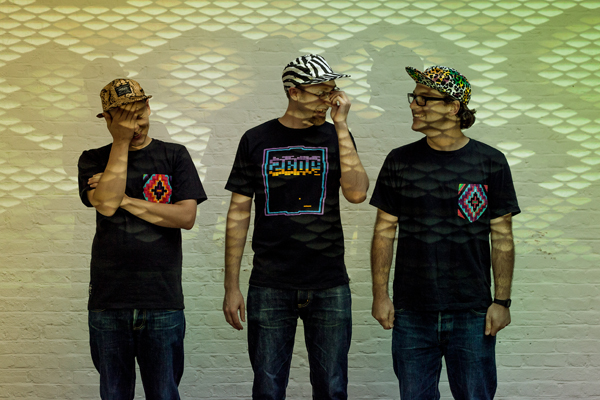