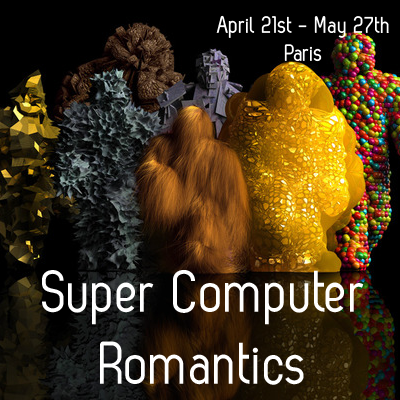 Who needs to pay Frillions to Publicis, WPP or Omnicom when you can have the God of brand refreshment and image “coolization” for a far more affordable price? (ok, this may no longer apply).

You all probably remember the summer 2009 MTV relook or last year’s AOL crazy logo relaunch… because all brands need some surgery from time to time and if it can make decades-old institutions look as new born stars, even better.

Matt Pyke is responsible for these and many of the most innovative and positive campaigns and motion art lately (Nike, Primal Scream, Chanel, London Olympics, Nokia, Mtv, Nokia, Mtv, Nokia or … the MTV). His approach can be described as both scientific and holistic, as the name of his design studio, Universal Everything, suggests. The striking variety of his artistic practices (product, print, branded art, tv idents, interactive design, shop installations, arts), has positioned Pyke as a global contributor in the diffusion and popularization of design and motion design. Forever, his generative audiovisual installation for the V&A museum, propelled him in 2009 to the forefront of relevant contemporary art.

Whether commissioned to do mass branding or experimental pieces, immersive environments or shop installations, Pyke’s creative process aims to blur the boundaries between genres and disciplines, labels and categories, arts and sciences. As such, Pyke is the poster child for the digital revolution, the hybrid resulting from coupling online communities with open source philosophies. His electronic parents are hacking and remix culture. Like many artists of his generation, Matt Pyke sows the seeds of a cultural renaissance based on sharing knowledge through his blog Everyone Forever.

And because this London-based artist & his team resemble a bit like Midas, La Gaîté Lyrique (you know… our new favorite Paris digital culture hub),  will be dedicating them an exhibition that concentrates the artists’s shared keywords : aestheticism, romanticism, optimism, science, love and infinity. “How far can we push ultra-positive, super-optimistic feeling ?“, was the question posed during the preparation of the exhibition. Obviously, Pyke wants to explore the potential for gaiety in new technologies by creating conceptual but lush pieces which are meditative and colorful, abstract, sensual and poetic while striving to be intellectually stimulating.

The new pop master & his works will be shown for over a month from April 21st to May 27th. So if you happen to be around Paris… pop in, pop out and tell us what you think, we will.