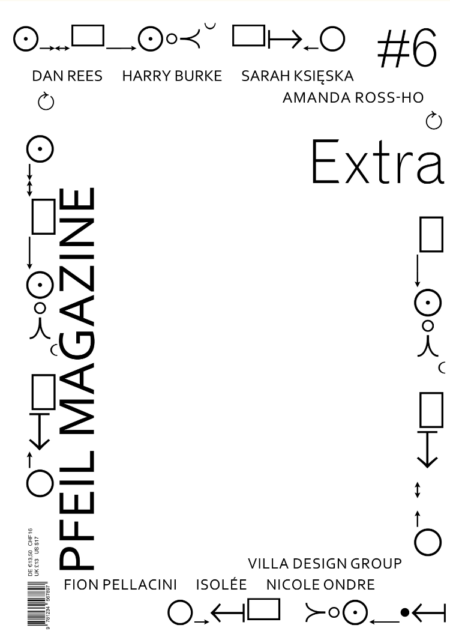 Mathew Gallery is welcoming Villa Design Group for a retrospective-like show titled One Blow In Anger (Evidence 2011-2014) and running at the NYC space from its opening night on January 8 through to February 22.

The show at Mathew NYC comes as the first presentation by the design trio – made up of Than Hussein Clark, James Connick and William Joys – and features a range of photographic works, new sculptural pieces, and hand-drafted technical drawings.

Following in the vein of their absurd(ly good) VDG Manifesto in the SALT. Manifesto issue, the design group “pictures the scene of collaboration not as the site of collegiate bonhomie, but psychosis”, and the archival exhibition is introduced “not as the site of potential, but the grounds for murder”.

See the Mathew Gallery website for images from VDG’s archives. ** 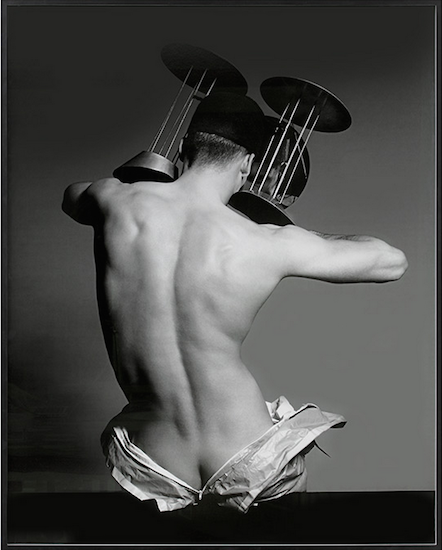 One night a few weeks ago, I sat at a beat-up table in Neukölln across from two friends and said to them in a subdued but resolute tone that if a man raped me, I would castrate him. The two men almost choked on their beers. No one laughed. If they can’t control their dicks, I continued, paraphrasing an essay by Sarah Nicole Prickett, they don’t deserve them. They looked at each other uneasily, thought fleetingly about arguing back, then quietly settled back into their chairs, albeit with a different posture, one more dormantly aware of a part that could be lost. Good, I thought, women have lost so much already.

There has always been an undertone of wild and unwieldy rage to feminism, a bra-burning, misandrous disquiet that alienates those not immediately within its purview. The primary feeling one gets reading SALT.’s recently launched Manifesto issue is of rage, at once focused and untamed, cleverly instrumental and yet unapologetically tempestuous. The thin book, less than 50 pages in total, reads like a punch to the face. Does my rage scare you? it seems to ask. It should.

There is no revolution without free love, as Milena Dravic’s character yells from her courtyard in W.R.: Mysteries of the Organism, but there is also no revolution without bloodshed, and sometimes the blood shed is of language itself. “What SALT. does, wants to do, and encourages, as a political project, is a wilful misreading of dominant culture to serve our own ends,” write its editors in a manifesto-like editorial letter that precedes the tangle of manifestos that follow. “To wilfully misread is to deliberately defy,” they continue, referring to the “writing out” of feminist work throughout history and at the same time to the very nucleus of revolution, which is nothing if not a wilful misreading of future possibility.

Abandoning the potential of physical violence, perhaps not so much ideologically as logistically, SALT.’s Manifesto turns to language as the site of revolution. “In a climate where traditional modes of articulating refusal through physical action become criminalised or dangerous,” the editors write, “language, and furthermore what can be done with it, becomes the only potent weapon left.” Instead, SALT. turns (or returns) to José Muñoz’s conception of utopia as the acts of failed speech, as the incomprehensible speaking in tongues that epitomises all of history’s witches and all of pop culture’s women under the influence.

In ‘Notes on Wildness: Towards a Manifesto [1]’, found in SALT.’s Manifesto, Jack Halberstam writes: “The Wild, in this manifesto, will stand for an unrestrained, un-civilised, disorderly, ferocious and anti-colonial relation to thought and to being.” If patriarchy subsists as structural violence, Halberstam continues, the first move, it follows, is to dismantle the structure, to upset the imagined order of language so that the “wild may arrive and touch you, wound you, find your core”.

The wild that Halberstam invokes knots its way through the poems of Vicki Tingle – a savage ode to castration called ‘i dare you to oppress me some more (a think-piece on dick-chopping)’, the quietly devastating ‘Play Pussy and Get Fucked’, and the brilliant ‘GPOY’, which brings the totally faultless line “um excuse me, would like some hetero sex with your oppression? – through Hannah Regel and Freya Field-Donovan’s ‘Parasite Manifesto’ and Eve Lacey’s ‘Manifesto Medusa’, and through the methodical absurdity of Villa Design Group’s ‘VDG Manifesto’.

It abandons the clear narrative structure of language, turning instead to the unrestrained glossalia of writers like Clarice Lispector. They are, as Mali Collins writes in her poem ‘On a Manifesto’, only responding to what the world gives them, which “isn’t that much”. When Field-Donovan and Regel write in Parasite Manifesto “the ways in which we…relate to our futurity resembles a performance of disclosure; a betrayal of good faith. We understand that this seems cruel, and it is,” it is a necessary cruelty of which they speak. It is a quiet, defying one in response to the deafening cruelty women live, echoing the sentiment of a post-it note found towards the end of Manifesto that simply reads: “Her work was to be but one long scream.” **