The Arka Group creative collective opens a new solo exhibition called Votives for Art Licks Weekend 2015 this week, running at London’s Space In Between from October 1 to November 14.

The collective—made up of Ben Jeans Houghton and Matthew de Kersaint Giraudeau —has a habit of dipping in and out of media; producing films, creating sculptures and composing sound works about fringe science and philosophy.

Their new show, Votives, comes as the result of an intensive month-long period of collaboration and research into the “sculptural possibilities of non-traditional materials”. 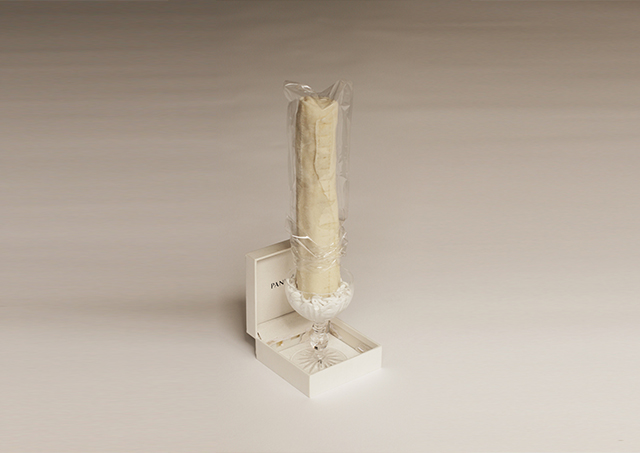 Space in Between presents a new event with artist Sarah Bayliss titled Nothing More Than Image, taking place at their London location on August 1.

Nothing More Than Image comes as one of the five contributions to Space In Between’s project responding to the 1975 video piece ‘The Eternal Frame’ by two San Francisco-based artist collectives, T.R. Uthco and Ant Farm, which depicted a reenactment of the JFK assassination. The project, titled What it is, is figuring out what it is, is curated by Hannah Barton and, along with Bayliss, will has featured contributions from David Raymond Conroy, Jessie McLaughlin, Tim Steer and Emily LaBarge.

Bayliss’s particular showing is described as “[a]n encounter between screen, media and live/pre-recorded feeds, which mainline the viewer in to the image-video-device that refers to itself to itself to itself, in pursuit of breaking point”.

Overlooking the canal and gas towers, tucked in between trendy Broadway Market and Mare Street, Matt Ager’s Suzuki Montage was on at London’s Space in Between, running November 21 to December 13. In his last year at the Royal Academy Schools (itself a barometer of standard, with its 17 students-per-year, its second year show rather shamelessly called Premium) the artist’s remit lies in the “subtle interactions between people and objects”.

‘The Cashier’ (2014) sees a big, slightly shaky, letterman-style O centered over a screen-printed motif. The prints themselves are like pages torn from the sketchbook of a charcoal obsessive; the rough and ready clashes with the high-street ubiquity of the Varsity lettering. These pieces are for the most part self-contained, neatly delineated from the walls or space of the gallery. While ‘The Cashier’’s black overspill of its bounds is anomalous, it sits within the show’s broader materially contiguous nexus.

It is one of two works utilising melamine; a semi-toxic compound, it is used both in the production of Formica plastic and as an illegal additive to certain foodstuffs, offering a quick and easy way to ostensibly boost protein content. Ager’s MO of “selecting raw and found materials, which have a specific hook… as a starting point” alleviates some of the snideness in the suggestion that perhaps here it is used to bolster content in a different way.

The works are largely wall based; ‘Throw That Mango’ and ‘Put Down That Mango’ offer another exercise in material cooption, using roofing sheet and a line to present a form evocative of the office space, cabling and a certain high-street electronics supplier’s logo. ‘Slow and Steady’ (2014) and ‘Coaching in Comfort’ (2014) constitute two main deviations from the rest, in colour and interaction with space, respectively.

‘Slow…’ returns to the Melamine, its red coming as something of a relief against the monochromatic austerity of the rest. ‘Coaching…’, the only non-wall-based sculpture, functions as a kind of screen. Situated by the black front door, its also black sheets hang from the ceiling. A white, imperfect resin sphere sits on one of its neat curls like a full stop. The hanging material delineates space; anti fatigue mat, this one. Close up, it is ridged, like corduroy. Like corduroy it seems weighty.

The artist’s attempt here at a “transubstantiation” of material is strong enough to also transubstantiate the .jpegs on which this piece of writing is based into a sense of the physical, but only just. Really, images here are only tantalising hints. The success of the show’s exploration of people’s interaction with the material object must surely be best measured physically. **

Matt Ager’s Suzuki Montage was on at London’s Space in Between, running November 21 to December 13, 2014.