Artist Simon Denny will discuss hacking, surveillance and power in a panel discussion, Culture Hacking at the RCA in London on January 28.

A group of international speakers will gather for a symposium Owning the immaterial: art, technology and culture at Colchester’s First Site, on May 30.

As part of Aleksandra Domanovic and Simon Denny‘s respective exhibitions, Personal Effects of Kim Dotcom and From yu to me showing at the gallery until June 1, these artists’ work presents a starting point for a dialogue about ownership in the internet age.

The panel of writers, artists, and academics will examine notions of property and theft, how they change between material and immaterial worlds, and how power structures shift with the flow of digital media. 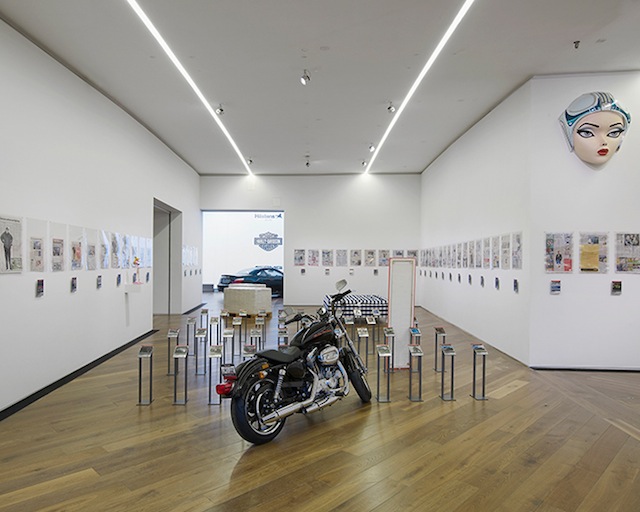 Simon Denny and Aleksandra Domanović will be speaking for the Culture Now Friday lunchtime series at London’s ICA, Mar 21.

They’ll be discussing their upcoming exhibitions at Colchester’s firstsite including Denny’s The Personal Effects of Kim Dotcom, exploring the Megaupload entrepreneur’s rise and fall among charges of copyright infringement. Building on these ideas of the personal as political is Domanović’s From yu to me, looking at the history of Yugoslavian domain ‘.yu’ in parallel with the violent dissolution of the state in the early 90s.

There will also be a coach to Denny and Domanović’s exhibition opening at firstsite that afternoon from Bethnal Green’s Museum of Childhood.

Read a review of Denny’s ‘All you need is data’ installation at Hamburger Banhof and see the ICA website for details. **

Mapping the rapid change in relationships between “image and text, language and body, body and space, subject and object”, the Speculations on Anonymous Materials group exhibition at Berlin’s Fridericianum will be presenting the work of some of the most interesting contemporary artists practicing worldwide, September 29 to January 26, next year.

In the realm of post-internet art, there seems to be an underlying desire to somehow actualise the internet in the form of concrete art-objects. From the digital collages of artist’s like Harm van den Dorpel to the Kenneth Goldsmith-initiated project attempting to print-out the internet such artworks suggest a desire to physically manifest the intangible world online. In his recent work, ‘All you need is data’, inspired by the 2012 Digital-Life-Design (DLD) conference in Munich, Simon Denny goes a step further. The work looks at the tech companies who dominate online media and draws upon both a generic “internet aesthetic” and the visual structure of the DLD conference to represent them. In Denny’s work, the physical world behind-the-scenes appears as flat and unreal as the web itself. 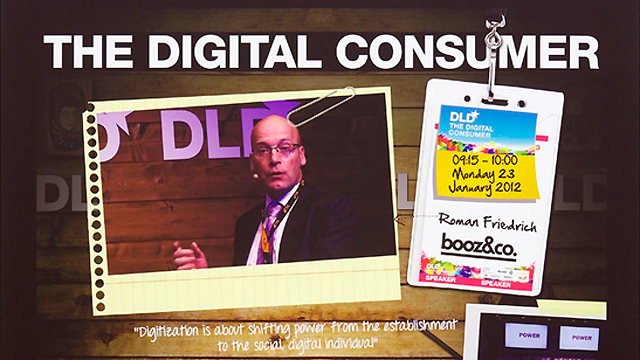 Currently displayed at the prestigious Preis der Nationalgalerie für Junge Kunst exhibition at Hamburger Bahnhof, Berlin, ‘All you need is data’ takes the form of 90 printed canvases that together create a rough timeline of the DLD conference. Images include Sheryl Sandberg bearing a heartfelt smile with her hand to her chest, a cheesy airbnb powerpoint slide with the words “access is more powerful than ownership” and a well-lit stage where a privacy panel is being conducted. These images are collaged together into didactic boards that wouldn’t look out of place at an advertising pitch. While the boards are informative, they are still only snapshots, a poor substitute for experiencing the actual conference or even hearing a recording of it. In the same way that we consume material online, the installation invites us to swiftly process small chunks of information. It’s just one of the ways the work tries to approximate technology in its form and structure.

During an artist talk at the exhibition, Denny suggested myriad ways in which the work discursively addresses computer and internet-based technology. He explained how each panel was based on the user-friendly icons of iOS, and how the layout of the installation, with many of the canvases mounted perpendicular to the wall in rows, was based on the Cover Flow interface used by programmes like iTunes. Such parallels risk making the work overly literal, and left me questioning what there is to gain by simply allegorising digital technology in an analogue medium. Denny’s explanation was that the shift from one medium to another provides clarity. Describing a canvas in an art gallery as “user-friendly”, he clearly wishes to transfer his information to the art viewer in a simple and direct manner. While some parallels drawn seemed a little clumsy, overall the work is effective – giving a spatial and object-based dimension to the familiar and superficial experience of scanning screens for information.

Simon Denny is one of four artists nominated for the Preis für Junge Kunst, which will be awarded on September 19. The other artists are Kerstin Brätsch, Mariana Castillo Deball and Haris Epaminonda. The exhibition will run until January 12, 2014.