The PAF Festival of Film Animation and Contemporary Art is on at the Czech city of Olomouc, across venues from December 3 to 6.

Going under the theme of ‘What is Animation?’ the festival’s focus is on what the press release calls an “updated view of the history of film animation and the current trend of connecting animation with spatial-light experiments.

The programme follows the recent Festivals of Live Cinema held in New York and the Norwegian city of Stavanger – PAF New York and Screen City Moving Image Festival respectively – and will host a number of events, including exhibitions, screenings, lectures, presentations, workshops and live audio-visual performances.

PAF also welcomes guest curator Pavel Ryška, with his Wild ’60s section of the programme that is one of several other ones that include the Other Visions Czech animation competition, Aport Animation and PAF Art, as well as Animation Beyond Animation, which will include contributions by Lotic, Vessel, Samson Kambalu, Takashi Makino, and TCF.

See the PAF Festival of Film Animation and Contemporary Art website for details.**

Nicholas O’Brien is an artist interested in processes of becoming. Working in a range of primarily digital media he situates himself at the intersection of the virtual and the physical world, arguing for the breakdown of such an easy binary. Through his writing, filmmaking, curatorial practice and research based methodologies, he explores this burgeoning terrain of not only production online but also the politics of networked culture that surrounds it. From attempting to learn an Irish accent online, to performing karaoke in an empty room and a 2013 series of images revealing his facial expression when the beat drops during a four hour dubstep listening marathon, O’Brien sees the construction of digital identities as work akin to more traditional conceptualisations of labour.

A recent visit to London commissioned by Opening Times saw O’Brien directing his attention to the emergence of online art as a practice of its own accord in his piece ‘You Alright?’. With some humour the artist responds to the need to create sustainable funding and commissioning models for primarily online based works in the UK via the dissection of a common greeting ”you alright?’. As the frame moves through a sparse CGI space populated by nothing by whiteness and columns, a  deep-voiced narrator declares a state of plateau in the traditional push-and-pull of creative resistance as the “rate at which those pop up alternatives have been clamped down by leading systems of domination that have  increasingly intensified.” The new market economy of scarcity of access, as opposed to space, is identified and intensified by the rapid privatisation and commercialisation of the internet: “We are not alright”.

Hence, on the eve of presenting a range of old and new work for PAF New York at the 7th floor loft of  59 E 4th St on November 6, aqnb spoke to O’Brien over Skype to discuss his own becoming as an artist, the research methodologies which unify his work, as well as the rich terrain inherent in the blurring of virtual/real and the labour that it hides.

It’s apparent from you work you have a lot of interests and practices, I’m wondering what you would say is the central preoccupation of your work?

Nicholas O’Brien: I think a particular quality that excites me in my own work is that I’m not tied down to a particular thing. I think it’s more about methodologies. It’s more about approaches to things that I become interested in. I tend to think of my work as being fairly research-orientated, whether it be work that’s reflecting on a place, or a space or a community, or a history, or an art historical moment.

I think that the research methodology, even if the content is quite disparate, is quite similar. It’s an initial curiosity and then kind of delving in further and trying to do what I call “pattern recognition” – trying to find ways of building associations which are drawing equivalences between the things that I’m looking at and other experiences that might be more familiar to me, or universally, or broad.

Do you feel that, with a research-based project, there needs to be an end product, something you produce?

NO: It’s particularly interesting because the end product for a lot these things tends to be digital information, right? Which is not as product-oriented as a painting, let’s say. There are also loads of things that never came to fruition and there are always abandoned projects that are still of interest but never quite manifest…

I wonder if that’s something to do with quality control?

NO: [laughs] When you get curious about a lot of things at once it becomes hard to manage them and you tend to gravitate towards things you can put a period on as opposed to the more meandering, gibberish at the time of thinking about it as it were. 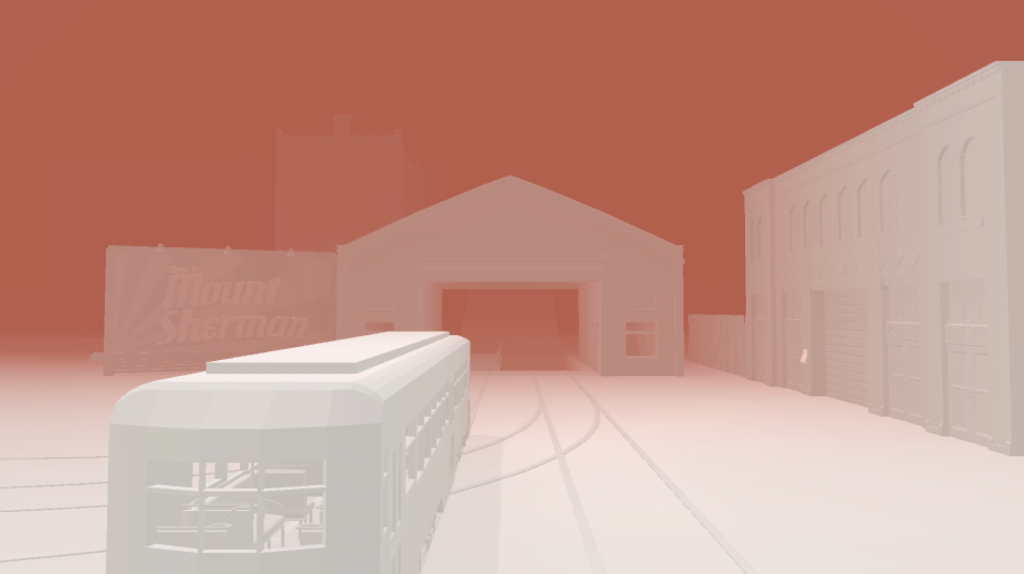 You mentioned earlier your frustration with the use of the term IRL to exclude digital or online action. In a previous job of mine at a digital campaign organisation, we’d have lots of discussion about what the best term was for offline activism, whether IRL was appropriate etc. So it’s interesting that even the language for the relationship between digital and nondigital seems up for grabs.

NO: I do think those relationships are being worked out. I feel it’s always been in a state of becoming. Without being too philosophical about it, how the corporeal self deals with the virtual has been an ongoing process of becoming more aware, or understanding of that which is immaterial, or that which is virtual.

I think digital technology heightens the awareness of that process but the language we have kind of gravitated towards is a little too ambiguous. The whole process can feel a little wishy-washy but perhaps my work is trying to articulate a better or more precise language of thinking about the conditions of virtual existence, as it were, through network culture.

Alongside the physicality of the digital you also seem to foreground the labour of producing digital works, where the labour is visually tangible in even the most basic designs. ‘As Much as We Sweep’ suggests a futility that comes with labour. I wonder how deliberate this is and how it fits with your own labour as an artist?

NO: For me I think it’s tied to physicality, or the notion of what we do, and the tasks that we perform. The way we present ourselves in network culture is a form of work, a form of labour. To recognise and to pair that type of work alongside what would normally be considered work or labour is an important process or recognition to make.

So in terms of how that manifests in the actual creation of things themselves, I think I’m really interested in the handmade, in the craft of making an environment and I’m really interested in also how to learn new things. Every new project I take on brings on a new challenge that I haven’t accomplished in a previous piece. With ‘The Trolley’ I was motivated by getting my hands on this material and walking around with it in an essayistic form. 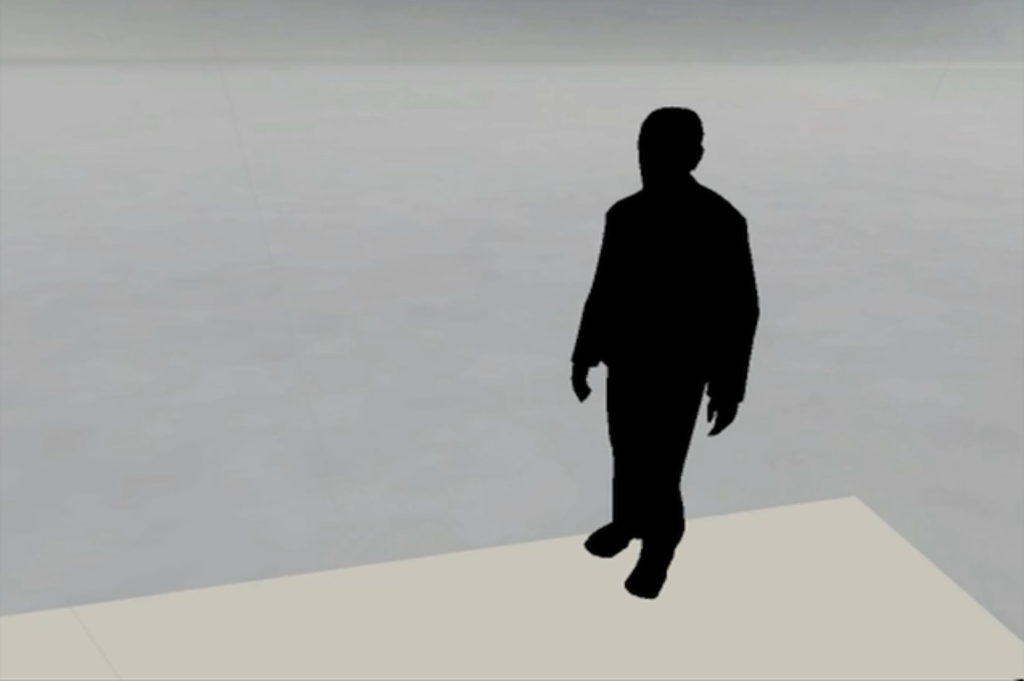 There’s this melancholy of work, work as wasted time or work in the service of someone else, but the other thing that comes through is this sense playfulness of working. And this is the progressive side of work right? Work as fun, as engaging…

NO: Totally! I think there’s a joy in work. You know when I was a kid I worked as a carpenter assistant and the satisfaction that comes from finishing a job, having a plan, setting a plan in motion and completing a plan is really unsung in art. I think that’s because art is often thought of as a process but it’s also process of work. Excuse the pun but when you hit the nail on the head there’s great satisfaction in that.

NO: Exactly. It’s at that point of invisibility that the excellence of craft really shines. It’s a weird paradox right? So for me, delving into the craft of making something is a way of creating agency that otherwise would not happen in a digital framework or would not happen within other types of digital labour. Having something that I know for certain exactly how it works, how it functions, how it was built, everything down from the polygon that’s in it to the code that’s been put it into it. Knowing all those layers of information creates a sense of agency that I wouldn’t get from appropriating material – or maybe that’s a different type of agency. 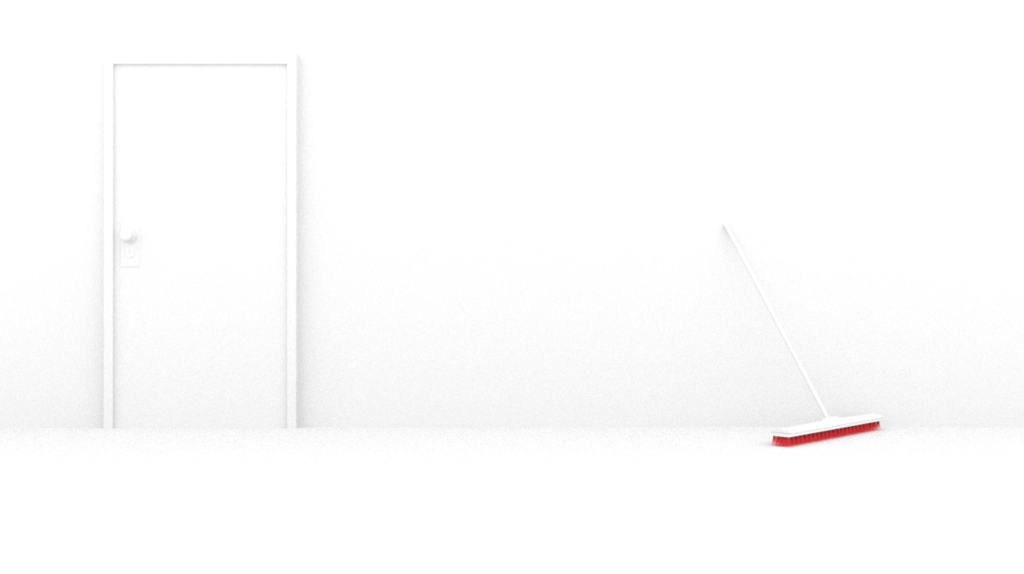 One final question. There’s a great quote in one of your pieces where a character says, “It was the best way of being alone in the company of others.” I wonder if that stands a little bit for our current predicament within networked society, or is that too long a bow to draw?

NO: [laughs] Ah no. You know I think that I do think about that – it’s something that people are starting to recognise. How do we actually catalyze the networks that we have online? How do we galvanise those groups of affinities, or those groups of camaraderie, or sympatico in network cultures. How we do make them more real, in other ways more tangible, or more alive, more active?

I think in lots of ways, when we create communities online we have these, how can you say, spurts of energy, these flash in the pan moments of excitement and forward thinking but then the question becomes how do we sustain that momentum, how do we create a sense of purposefulness that extends just beyond the network association and into something tangible? That tangibility doesn’t necessarily have to be physical but it has to be something that’s sustained. So I guess the question becomes, as I say, networks can be the best way of being together while simultaneously being alone, but it also can be an extremely good way of creating communities that last longer than you could have ever anticipated. **