The site-specific installation will be in the gallery’s new temporary space in Bermondsey, and will involve a new video-sculpture and continued performance inspired by Capaldi’s time spent in the American West, and explores the relationship between a Utah cowboy and his horse.

Through the vast landscape that makes up the background for the exhibition, Capaldi looks at how “power is constructed and understood”. 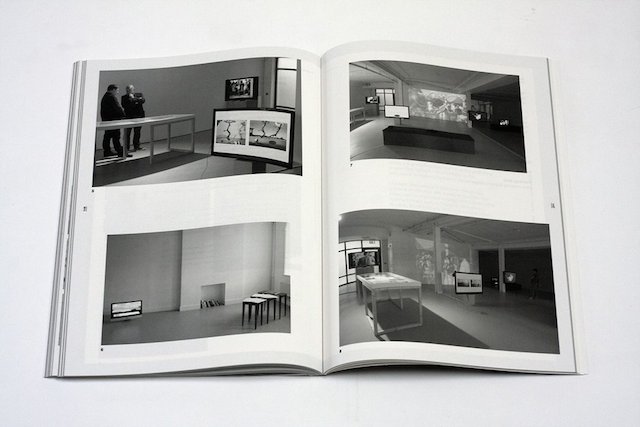 Richard Grayson‘s latest project, titled Nothing Can Stop Us Now, will be running at London’s Dilston Grove, running May 23 to June 15.

The multiscreen sound and video installation is the first in a series of collaborations between Matt’s Gallery and Dilston Grove, and explores the “ghosts of solidarity and aspirations of agency” that still haunt contemporary art.

In a move that is part flash mob, part utopian collective, Nothing Can Stop Us Now reworks the old WWII song ‘Stalin Wasn’t Stallin’‘, originally written by Willie Johnson in celebration of Stalin’s stand against Hitler’s invasion of the Soviet Union.

With musical help from Leo Chadburn, Greyson turns the anthem into a contemporary meditation on the role of art in activism, ripe with the layered vocals of Bishi Bhattacharya, Tom Herbert, Laura Moody, and Sophie Ramsay.

Benedict Drew presents solo exhibition Heads May Roll at Matt’s Gallery in London, opening on February 16 then running from February 19 to April 20.

Whether inspired by the popular idiom or a reference to a revolution that could but might not happen, the large-scale installation draws on the essay ‘Why I Am The Author of Sound Poetry and Free Poetry’ by Henri Chopin in exploring the subliminal effects of digital mediation and consumerism both physically and psychologically by constructing a “fantastical future world in which the image, word and body are exhausted”.

Included in the blurb is a pertinent Chopin quote well-worth pondering:

“all-powerful Word, the Word that reigns over all…(we) listen to it everywhere describe us and describe events, tells us how to vote, and whom we should obey”

Video artist Jordan Baseman‘s ‘Deadness’ launches at Matt’s Gallery, London, with a private view on Sunday, May 26 and runs from Wednesday, May 29 to Friday, July 21.

With an interview-based practice centred around creative non-fiction Baseman’s homonymous experimental film explores the historical, cultural and sociological relationship between photographic portraiture and embalming, by providing insight into contemporary practices and their significance in providing peace to the bereaved. Exhibited alongside will be a collection of images from the wildfires in Tasmania, Australia, earlier this year with February 09 2013 , while artist Stuart Brisley appears in The Last Walk, experimenting with the materiality of film and transience of life. See the Matt’s Gallery website for more info. **

Florida-born, London-based artist Susan Hiller has her fourth show, Channels, running at Matt’s Gallery until Sunday, April 14. As one of the early exhibitors at the east London gallery running since 1979, Hiller’s 1991 show, An Entertainment, featured the first multi-screen video work in Europe. Much has changed since those days and in a world where a multiple interface experience of the world is the norm, her current exhibition is a vast audio-visual installation that is no doubt as immersing as the technological era that surrounds us.

Yet, no amount of scientific research can figure out what exactly is the cause of that age-old phenomenon of the ‘Near Death Experience’, which is something Hiller questions through the disembodied voices -spanning time, people and cultures -describing their experiences with the ‘other side’. Rather than offering an answer to the conundrum, the exhibit promises an unbiased exploration of NDEs, while examining the contradictions and shortcomings of our modern belief systems. **

Skip blockbuster Prometheus. If you want to see a truly great sci-fi film head straight to SCHOOL OF CHANGE, British artist Jennet Thomas’ latest offering. Currently showing at Matt’s Gallery in suburban Limehouse, SCHOOL OF CHANGE is sharp social satire that interrogates our education system. The 40-minute musical is being screened within a huge sculptural installation that transports its audience to its dystopian world on screen.