Fiona Anderson and Laura Guy are presenting the ‘Cruising the Past’ at London’s LUX Moving Image on August 13.

The one-day workshop will explore “cruising as a method for tracing the queer past and surviving in the present and future,” and is part of the summer-long program at LUX-titled ‘CRUISING GROUND. CRUISING GROUND.’ It brings together a disparate set of queer perspectives through screenings, workshops and events to engage with the 50th anniversary of the Sexual Offences Act 1967: which “decriminalised private homosexual acts between two men over the age of twenty-one.”

Anderson and Guy, who lecture at Newcastle University and Glasgow School of Art, respectively, are holding the event to draw on their research into ‘queer social and sexual cultures.’ The program is developed in collaboration with Cruising the Seventies: Unearthing Pre-HIV/AIDS Queer Sexual Cultures (CRUSEV).

Malcolm Le Grice and Matthew Noel-Tod are presenting Co-op Dialogues: 1966 – 2016 at London’s Tate Britain on May 16.

The evening is a part of a month-long programme of screenings and conversations hosted by Tate Britain with LUX Moving Image that marks the 50th anniversary since the founding of the London Film-Makers’ Co-operative (LFMC).

Le Grice has been making experimental film works since the 1960s, favouring abstract and experiential footage and narrative over concepts and working with live moving images in art presentation contexts —perhaps a little like this one. Noel-Tod, who also works with experiential moving image —often employing the act of reframing by referencing past thinking on cinema in philosophy in his films —recently paid tribute to Le Grice’s seminal expanded cinema work ‘Castle 1’ with his video, ‘Castle 3.0‘ in 2013.

Both artists will show a selection of their moving image work and afterwards will discuss their practices in relation to the history of the cooperative.

LUX Salon brings a new event titled Network Pessimism. Welcome to the New Dark Age! with screenings from Louis Henderson and Isaac Julien, followed by a conversation between Henderson and Zach Blas at its London location on December 15.

The evening of “utopian speculation on the possibility of alternatives to the ‘networked state of mind'” features screenings of Henderson’s two most recent works—’All That Is Solid’ (2014) and ‘Black Code/Code Noir’ (2015)—which offer “materialist readings of the internet and digital technologies to reveal certain sedimented processes of exploitation”.

Alongside Henderson’s films will be Julien’s early super 8 film, ‘Who Killed Colin Roach?’ (1983), which despite being shot in the 80s documents the protests following the death of a black man in police custody as though it were made yesterday. The screenings are followed by a conversation with Henderson and artist and writer Blas on network pessimism and “the potential of the ‘paranodal'”.

ALL THAT IS SOLID – TRAILER from louis henderson on Vimeo.
share news item 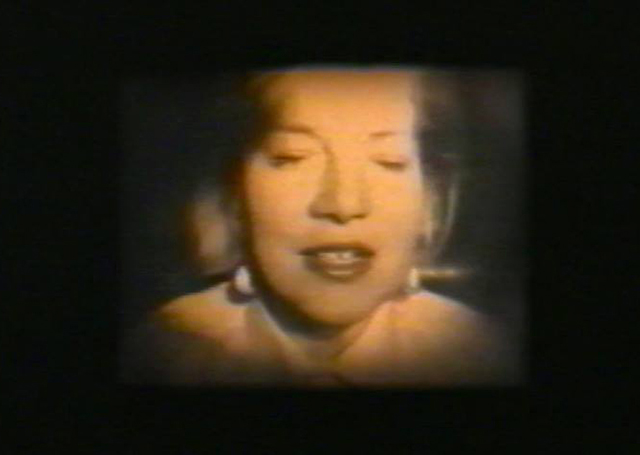