Montreal-based producer d’Eon is releasing their Foxconn/Trios album through the Kuedo and Joe Shakespeare-run KNIVES label, on November 27.

Recorded in 2012 while still with the influential but now-defunct LA-based label Hippos in Tanks, the album features track titles like ‘Samsung India Software Operations II’ and ‘Satyam Integrated Engineering Solutions’ alongside what the press release calls a “mutated micro-strain” of the artist’s lo-fi pop oeuvre they’ve hitherto been known for.

Here, the sometime Grimes collaborator features fragments of previous work among tracks cut up and scattered across through an impeded machinic flow. The album cover comes with art work by Berlin-based Swiss artist Tobias Madison.

Future Artefacts, the “future of physical media” takes over London this week, running at Shoreditch Studios from October 23 to October 25.

The inaugural fair will see international musicians and record labels, artists and arts publishers, and fashion and tech companies presenting (and selling) some of their latest products. Things you can expect to see: 3D printed music totems, exclusive vinyl pressings, fabrics patterned by sonic algorithms.

Among the long list of participants are AnOther magazine and Baron, Ditto Press, Knives publishing, LuckyMe, PAN and Super/Collider. 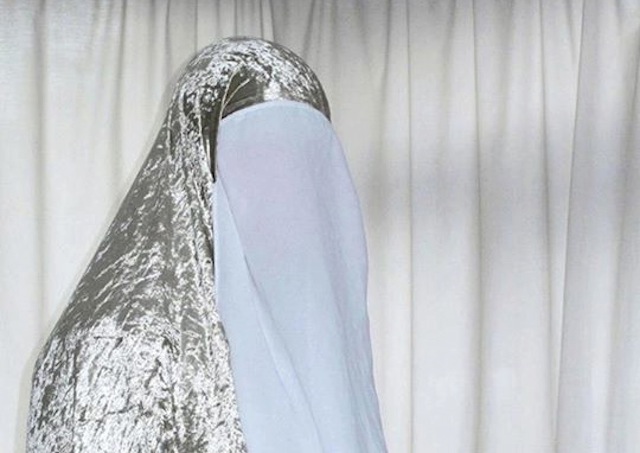 Lithuanian producer J.G. Biberkopf’s Unthinkable segment airing at midnight on a Friday of every month on London’s NTS Radio represents the work of both sound and visual artists with pure sonics and an accompanying concept. It’s a unique approach to public broadcast that goes beyond just an hour of listening pleasure to a deeper contemplation of ideas and theories that merit closer examination across platforms.

That’s why aqnb has partnered with Biberkopf to follow each show with a short text to contextualise the ideas behind them and the guest presenters they feature. For the segment that aired on July 10, KNIVES label founders Joe Shakespeare of Motto and producer Kuedo presented a mix, along with producer Club Cacao. The track listing, which includes additions from Biberkopf himself, as well as artists like LA-based producer Sentinel, Montreal’s D’eon, and Berlin-based artist Timur Si-Qin with Elysia Crampton (previously E+E).

Listen to the mix and read the text below:

Whether it’s the human body, a CPU, a biological cell, or the internet, by their own nature, complex systems are uncertain. It’s customarily unfeasible to predict exactly how they will act regardless of whether or not we understand the nature of their individual parts. Still, they are hardly accidental. We can understand a complex system as both particular and virtuously systematic. For one, they are graduated — characterised by varying degrees — whereby the individual behaviours of components and collective relationships are scattered at ever-shifting rates.

Because of their dynamic character, it is largely impractical to reduce complex systems based on an idea of fixed, independent parts. The basic dynamics of perceptual organisation, however, are stirred by spontaneous shifts between the various percepts of individual stimuli — each open to having several possible meanings or interpretations. Perceptual shifts arise as a result of continual changes that at times stir the system from one pool of interest to another. In the case of noise, useful connections become blurred, but the development of perceptual shifts carries on.

The same dynamism instills complex systems with a memory, or hysteresis, whereby past modes have the ability to impact today’s — a hysteretic reliance is affected by the system’s previous responses to change. Metamorphic rocks, for example, contain individual grains that together inform elastic, recollective behaviour, while memory also exists as hysteretic loops in socioeconomic and biological systems. For the individual, responsiveness to stimuli can bring out physiochemical shifts, such as the establishment of fragments of memory, which are capable of reshaping future responses.

Relationships within a complex system are non-linear, meaning its totality cannot be understood merely as a sum of the behaviours of its parts, i.e., the total response to a collection of stimuli is not an aggregate of responses caused by each individually. Rather, a slight disturbance can motivate a sizeable outcome. Large-scale forms and gestures may arise instinctively from small-scale behaviours and the interplay between them, while such gestures are always vulnerable to crack as a result of convoluted responses and the self-augmenting mesh of give-and-take.

Importantly, complex systems are not essentially the same as complicated ones. As opposed to complicated systems, which might utilise sophisticated expertise or doctrines, complexity implies a multiplicity of moving parts with no deterministic core. These mechanisms also afford complex systems the ability to adapt their makeup according to changes in their surroundings. At the same time, it is difficult to discern their outer limits — how far do they extend and at what point does their environment begin? **

J.G. Biberkopf’s Unthinkable radio show airs at midnight on a Friday each month at London’s NTS Radio. This latest one aired July 10, and featured Kuedo and Joe Shakespeare of the Knives label and Club Cacao.