It’s easy to spot the Gallery Weekenders —they’re dressed mainly in black, brandishing the programme’s teal coloured fold-out map and trapped anxiously in the car park of a residential block because the space they seek, but can’t find, is actually a floor above them through a small unmarked door to the left. It’s a great way to meet people.

This year’s edition of Gallery Weekend Berlin, running April 29 to May 1, includes an impressive 54 official galleries, 17 private collections and museums, and a stream of satellite programmes spanning installation, intervention, performance and exhibitions across the city. Thank goodness the map also highlights partner gastro centric businesses to keep our energy levels up throughout the weekend.

First stop on AQNB weekend is Potsdammer Strasse where Arratia, Beer invites you on a journey of self exploration with British artist Ed Fornieles and his exhibition Der Geist: Flesh Feast. The artist is protagonist in the film of the same name, present in the shape of his recurrent animated fox avatar. We sit on low orange plastic lounge chairs and listen to a woman’s voice tell us how to successfully create ourselves, while images move across the screen like flashes of memory or components of personality.  The fox (artist) cuts in after a few minutes to talk about coping with life and the spiritual routine he is trying out. Fornieles calls it his diet —controlling input to control output —and discusses food consumption and processing. It’s part of the revival of spiritual manifestation and empowerment —or Harvard Business Review —but it is his website which offers the most insight into the project. The film was a highlight, but other works include small 3D-printed models of the fox in various corporate/ every-day environments with banal affirmations emblazoned on the base and illuminated in glass cabinets, plus ‘Last Days in the Desert’, a large food cart full of fresh vegetables laid out into playful humanoid shapes.

Around the corner at Tanya Leighton ‘Buri’ and ‘Spotigy’, two bulls, stare back at us from two-meter tall chromogenic prints in Aleksandra Domanović’s installation. These documentary photos were taken on site at the University of California, Davis, where two bulls have been genetically modified to remove their horns using CRISPR technology. The most interesting part of the show is the accompanying interview with animal geneticist Alison L. Van Eenennaam. In the text we learn more about the genetic tools used to manipulate DNA and the extensive research currently happening there. The artist also tells us that part of her interest in the project is due to the main scientists on the project being female. The Votive series of three sculptures are human height cuboid structures made from variations on PA plastic, foam and polyurethane. The structures have protruding human arms, which cradle an animal.

Micky Schubert gallery on Genthiner Strasse offer a sensual selection of works by Berlin-based artist Ketuta Alexi-Meskhishvili. I’m drawn instantly to the abstracted neon hues and layered pastels in the photographer’s images which keep my attention with occasional recognisable forms: a leg here, an iPhone there. Working at the intersection of digital and analogue, Alexi-Meskhishvili creates a world of suggestion and mystery, almost to abstraction, alluding to a deeper narrative with the figurative and personal interactions with objects. Her works are constructed with painterly attention to surface and process whether using a found image, or staged photographs, and the colour saturation is reflective of the oversaturated climate.

Upstairs Société present LA-based artist Petra Cortright with her deconstructive/reconstructive installation die Rose. The show includes two recent examples of her ongoing webcam collaboration with Stella McCartney, in which the artist wears the fashion designer’s items as the video is filtered through distortion software. Sporting a floral handbag, Cortright moves around the screen to switch on the process, first imitating a pictorial slider game, and then pulsing in linear waves to a background of loud electronic music. Her digital paintings and printed flags, all constructed from the same PhotoShop file, stand strong in another room, depicting abstracted floral layered surfaces, created using various in-built and self made PhotoShop brushes.

Stepping in to Alice Channer’s installation at Konrad Fischer Gallery there’s a warning that one does so at their own risk; the polished concrete gallery floor is covered in an inch-thick layer of tiny black plastic pellets! My smooth-soled brothel creepers are highly inappropriate for this endeavour, however as I awkwardly glide over to the table to collect the exhibition text, it says that the pellets are Polyester Regrind, continuing the artist’s interest in materials, matter, and waste product. And the audience loves it. Elongated rock formations, ‘Burial’, float in the sea of black plastic, cast from aluminium bronze, concrete and corten steel, which are formed in layers resembling topographical survey maps. There is a feeling of movement, and flow, an alchemy and history of material that connects all of Channer’s works. Her more delicate circular molecular drawings in gouache hang at varying heights in both the upstairs and downstairs gallery, with names like ‘Filter’, ‘Inhaler’, and ‘Membrane’. The gouache is mixed with Silk Cut cigarette ash.

This selection of work from GWB is very process-driven, with artists shifting between producer and consumer in a sometimes playful and engaging way. My only wonder is when an artist points at something, where does the audience live in relation to the work — are we participating in something, or are we observing a show and tell?**

Gallery Weekend Berlin was on in venues across the German city, running April 29 to May 1, 2016.

Gallery Weekend Berlin is back for another run in Berlin this weekend, running at various locations throughout the city from May 1 to May 3.

There’s a lot to see, both in terms of events and exhibitions. Anna Zett, Mikkel Carl and Pakui Hardware are among the artists taking part in the Gislind Köhler-curated Crystal Readings at Soy Capitán. Other great shows include the fascinating (and poisonous) *Echoes* by Marguerite Humeau at DUVE, as well as Darja Bajagić and Aleksander Hardashnakov‘s Softer Than Stone And Sick In Your Mind at Croy Nielsen.

Other not-to-be-missed ones include: Ape Culture at HKW, Alex Vivian‘s Scenes at Sandy Brown, the High Pressure Systems group show at Konzulat, Field Vision by Christian Jankowski and Jon Rafman at Future Gallery, and Windowlicker at Center. 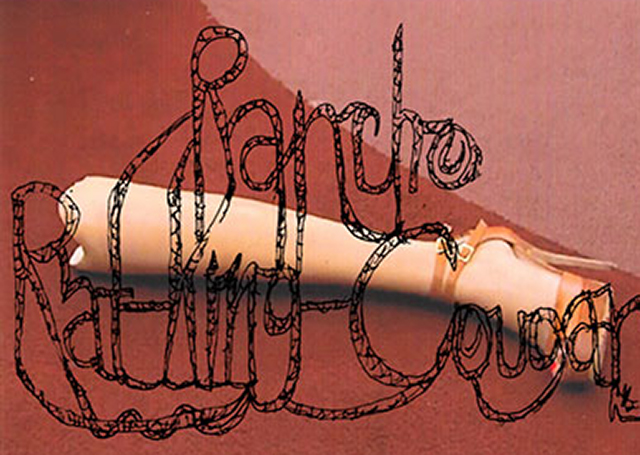 From May 2 – 4, all the nooks and crannies of Berlin were filled by 50 pop-up exhibitions as part of the annual Gallery Weekend Berlin, now in its 10th year. The celebrated contemporary art event, supported by prominent partners like Tate London and the Centre Pompidou Paris, consistently attracts collectors and patrons from across the world, with over a 1000 visitors rolling in this year for the short weekend programme. Hopping from gallery to picnic to gallery again, I spent that weekend roaming Berlin like a tourist, trying to find hidden gallery spaces tucked behind the greyscale walls of banal DDR-era buildings, and my favorite artists among them.

We walk the edges of the single exhibition room around walls strewn with flattened collage-style works sliced and sporadically fitted into structural shapes littering the floor. All the pieces are comprised of stock images, for example, five to be exact, which are duplicated and layered into a single Photoshop file and exported into the physical exhibition pieces shown in the gallery. The works on the wall appear swarming, the five stock images echoed repeatedly and layered over the smooth rounded lines of one another.

I immediately recoil, having always been taught to look for acute angles and generally more drawn to sharper geometric shapes, but there is something soothing and innocuous in Steciw’s work, like a blue popsicle on a hot summer night. The stock images dart on the canvas, the low hum of pop culture blended and bent into a singular piece that says everything and nothing at the same time.

When I ask about Steciw’s inspiration, Blomfield points me in the direction of The Overloaded Man, a short story J.G. Ballard in which the protagonist, suitably named Faulkner, narrows his perception of the world which in turn becomes nothing more than an array of abstract forms and colours. As Ballard writes:

“Gradually these too began to lose their meaning, the abstract masses of colour dissolving, drawing Faulkner after them into a world of pure psychic sensation, where blocks of ideation hung like magnetic fields in a cloud chamber.”

The death of affect, which forms the moral thread of Ballard’s tale, is how one feels walking through Steciw’s work. The bland, saccharine images of the stock archives compete weakly with one another, losing all representational meaning through their composition. At times, they disappear into each so completely that all one detects are the skeletons of patterns, infinitesimal fractions of the whole.

But once completely devoid of meaning, they begin to find it once again –in the rose petals that hang suspended in the corner of the canvas, in the netted image that curls across the bright orange of an indeterminate shape. The abstraction obliterates shape as experienced every day, blurring and distorting it and giving it the freedom to become something else. Tentatively, then joyfully, the shapes begin to tell a story outside of their own contours.

We see a different means of freedom in the upper floor of the gallery space, where Steciw and Rachel de Joode have set up studio for the day with the third installment of their performance and installation project Open for Business. In the attic-style studio we find the two artists –de Joode curled before the glowing screen of her computer, Steciw floating across the studio in a state of arrangement. In the far corner rests a tripod with a camera fixed firmly in place, and on the opposite walls are the products of the day, now coming to a close. Trading roles, the two artists spent the day photographing objects, everything from clay moulds to close-ups of their hands holding various objects.

“Is that sushi?” I ask incredulously, leaning in to take a closer at one of the finished pieces displayed on the wall. “Yes,” Steciw answers matter-of-factly. “We had sushi for lunch.” The whole thing feels a bit silly and thrilling, and we all giggle, because, sushi. Later, de Joode spins around in her chair to tell us that Open for Business is about the de-mystification of art more than anything else. That taking the process and opening it to the public acts as a means of connection, as a way to counter the insulation of artists within the cocoons of their industries.

We loop the small studio space a few more times, playing Paint By Numbers-style games with the various objects scattered across the studio, threading pieces of salmon to the disembodied fragments that span the wall, the clay mould to every echo of grey, the fingers of a hand directly back to Steciw’s own wrist.

It’s like the Internet itself, I say half-aloud, and Steciw jumps to agreement. Dynamic, hurried, leaving traces of its earlier self behind like shed skin, the studio space seems like the physical representation of the digital process. As we filter out of the space and say our goodbyes, I think to the end of “The Overloaded Man” where Ballard writes:

“Steadily watching it, he waited for the world to dissolve and set him free.”

I think back over my life to the ways in which I’ve invariably chased the abstract, devouring poetry, obsessing over expressionism, and I feel at that moment that I know exactly what he means. **

Kate Steciw’s Actife Plassity is running at Berlin’s Neumeister Bar-Am Gallery from May 2 until July 19.