Mirak Jamal and Santiago Taccetti are presenting a fourth iteration of the Stoneroses group exhibition at Stockholm’s Minibar on July 23 and 24.

The location of the works is described as an area “scouted for its features of equal parts composited and of un-composited concrete” with various nooks to be inhabited by “leaking materials”. The area sits nearby the highest natural point in Stockholm, “an artificial high built from the excavation spoils of the Stockholm Metro”.

A series of posters will line the walls of Minibar as placeholders with the intention of eventually being filled with remnants from the guided tour. Though the gallery “encapsulates a set of norms”, for this event it will attempt to find a sense of balance by adopting the outdoors as an exhibition space and emphasizing the gestures it implies. The gallery becomes “a placeholder for a map indicating gestures being activated at a different location”. 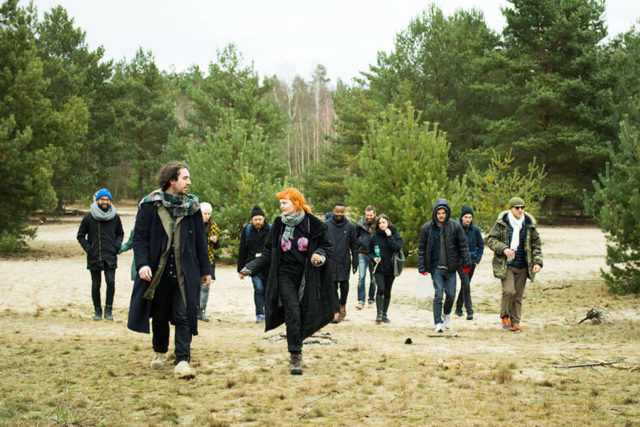