Appropriate, perhaps, to the gallery name, the Rotterdam-based artist will present a series of illustrations with ink, graphite and coloured pencil on paper, along with some publications, under the acronymic show title and umbrella term for his drawing and painting practice conceived of by the artist in 2013.

Scaling back from recent immersive installations, CGI, video games and rule-based performances —such as his ongoing Proxyah exhibition series or late last year’s Lament of Ur joint show with Joey Holder —the press release says the meaning of Timofeev’s S.T.A.T.E. is deliberately ambiguous and multi-layered: “truncated unknowns; a delineated space governed by a unifying structure; a psychological platform that engenders an introspective mind-set; a variable condition used to run a programmable system”.

The opening will include a 5pm tour by Jupiter Woods co-founder Cory Scozzari and a live performance for artist Clifford Sage‘s music production project Recsund.

As part of the upcoming Quantum Natives records debut, Rescund is releasing the INTELLECTUAL REJECT exhibition and performance at Health Mate Cafe on December 4.

Rescund, aka Clifford Sage of Somerset, will be presenting a series of “live concepts” for the future UK-based virtual avatar, the ‘Recsund Pro Dancer©’.

The Beta showcase at Health Mate will put on display some of Rescund’s new ideas and will give an opportunity for a trip to the Recsund Pro Dancer© academy in Scotland to join a team of engineers. The exhibition and performance is followed by a live freestyle from Rescund and sets by Joe Hart and DJ Tesco Electro Base. 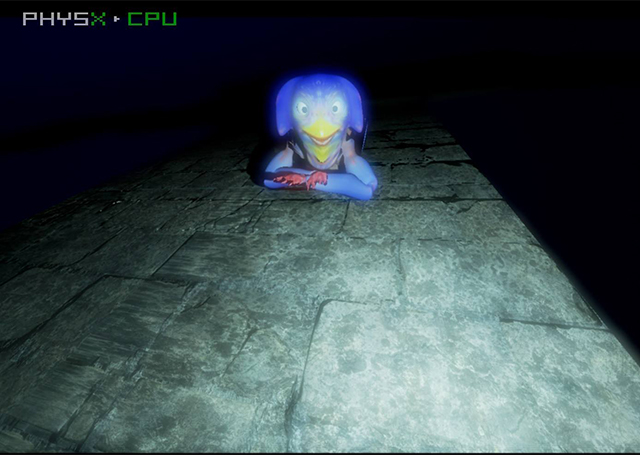 Star Chamber comes as the last of three solo shows produced by #temporarycustodians at Res., where the London-born artist and writer speaks through multiple bodies, both live and recorded, in a system of voices pointing to another, absent one. A series of closed workshops precede and continue during the exhibition, and Davies-Crook’s installation is composed of excerpts of the qualitative data gathered through these workshops.

The preview on May 29 brings a performance at 9:30pm, as well as a live set by Recsund (Clifford Sage) from 10-11:30pm, while the closing event on June 13 brings a live distributed script reading, as well as a response and research exchange between Sally O’Reilly and Davies-Crook.

Out at the boundary of Travelcard Zone 2 and Zone 3 in London’s North Acton, an industrial space-become-artist studios restored with scrap materials by sculptor Henry Krokatsis houses a sunken concrete front floor with a roller door that’s now a gallery. Nestled between food production factories and reachable through a carpark, Generation & Display is about fifteen minutes walk from the nearest overground train station and probably presents the future for the group of artists exhibiting at its inaugural show, Keep It Simple, Stupid! (K.I.S.S.), running March 20 to May 2, if they choose to stay living in the UK capital (assuming they haven’t left already). Rising rents means fewer affordable work spaces closer to the city centre, with the artists that once lived in those areas having to consider moving further out, and with that a so-called ‘scene’ of connected artists that make up the 24 peers of artist and K.I.S.S. curator Charlie Woolley.

Herein comes an artwork (almost) each from a range of artists familiar to an aqnb audience, including but not limited to Harry Burke, Matt Welch and Leslie Kulesh, Takeshi Shiomitsu, Emily Jones and Mat Jenner. An invigilator tells me the exhibition is a “highly conceptual” one, but that’s a notion that’s perhaps hard to grasp on the basis of the press release that ends by simply stating: “They are friends”. But maybe there is a link between the 24 works, which include two untitled collaborative prints by Holly White and Ben Vickers, one of which announces, “London changes. London changes everything. Everything changes”. ‘Everything’ but the bad bits it seems, as Nina Wakeford’s ‘A Poster Made By Me in 1984’ (2012) echoes the endless cycle of urban decay and ‘revitalisation’ in the cluttered text of a red and white print behind glass saying “ARE YOU A gin sippin’ fox huntin’ union bashin’ strike breakin’ thatcher adorin’ youth exploitin’ future shatterin’ rapidly disappearin’ young conservative”. Three decades later something’s disappearing, but it wouldn’t be the Thatcherite thrust towards privatisation as temporary resident Jaakko Pallasvuo‘s work comes in an email to Woolley with his ‘15 New Works’ (2010). It features ten titles with short descriptions numbered in a list that includes, “3. So No One Told You Life Was Gonna Be This Way: I asked a person to stand behind me and watch while I browsed through their Facebook profile”.

If the Facebook backlash is to be believed, a person is only capable of having 15 intimate friends, but at least all of these 24 know each other and perhaps the reference to Facebook here is important. That’s not only due the networking platform’s loose notion of what ‘friend’ means, but because the K.I.S.S. artists are of a generation who probably utilise such social media platforms, in one way or another, both out of choice and necessity, especially given the peripatetic life of the precarious artist. London-born, recently New York- and now Berlin-based artist Hannah Black‘s three printed sheets host short texts of a pained and deeply emotional ‘Scripted Reality’, while East London resident and writer Huw Lemmey presents the ‘Cumdrain’ of political resistance in a grayscale photocopy of digital space inhabited by hand-drawn riot police.

Caspar Heinemann‘s pink-hued print of tools and a junkyard totem ‘Eat Fist!’ (2015) looks across to Jesse Darling’s ‘Masc Irade’ (2014). It’s suspended almost in the centre but just off of the room, its structural steel tubing stretched out and connected to pram wheels and held precariously together by a Poundland plastic bag. It looks part mobile shopping basket for the elderly, part heavy duty hand trolley, and a lot like the flimsy budget bag is working out on a Lat Pulldown machine. That, along with the scanners and cranes of Hana Janečková‘s ‘Life Support’ (2015) video, the Argos workstation and dead roses of Sam Griffin’s ‘Stroop’ (2012) and Paul Kneale‘s interactive and untitled compact disc microwave, make K.I.S.S. seem less a show about some friends and more about artists on the edge. **

With over sixty galleries and artist-run spaces participating, the Art Licks Weekend is one of the most consistently interesting features of London’s art calendar. By dint of its disparate nature and vast geographical stretch, though, it suffers from a problem of identity. With venues pock-marking the map of East and South London, it’s difficult to impose a unifying character on it- and there remains a question of just how far a festival that celebrates independence can go towards suppressing its constituent parts into a homogenous whole.

For sculptor Lawrence Lek, the challenge was to find an imaginative solution to these dilemmas. Working in collaboration with Valentina Berardi, Clifford Sage and Andi Schmied, his response was as thrillingly progressive as it was ambitious: if the galleries can’t be brought together geographically or thematically, why not unite them virtually? Working from his studio in Hackney Wick’s The White Building, Lek and his team sought to put the idea into practice.

Bonus Levels, a first-person computer game that brings twenty of the space’s participating in the Art Licks Weekend, is the stunning result of this brainwave. Three laptops rest on perches under a crosshatched wooden structure with images from the screens projected onto the walls of the space around it. On the screens themselves, the visitor finds themselves in a hilly landscape, rendered into the stylised visual argot of 90s Nintendo games. In the middle of a digitally undulating lake stands an enormous, angular tower, of which each floor painstakingly recreates the floor plans and layout of the galleries involved.

The tower’s appearance- accurate digital facsimiles of existing galleries piled high, one atop the other- is, as Lek explains, no accident. Its jagged, unwieldy lurch is reminiscent of some of London’s more blustering new skyscrapers- apt, given that the colossally expensive Olympic development towers are a hop and a skip to the east. Jumping from floor to floor, the player can take in a view of the idyllic virtual panorama, and, if they so wish, plummet twenty storeys to the ground. The point-of-view combined with large-scale projections make for a gloriously cinematic experience. If nothing else, it must be the only computer game ever to feature a blueprint for the Elephant & Castle Shopping Centre.

The participatory aspect of the work is as refreshing as it is conceptually satisfying. Lek encourages the player to become a “digital sculptor”, pushing around gallery walls and rearranging materials. Inspired by the theories of the Metabolists, who combined architectural principles with ideas of organic biological structures, his vision is to keep the game running online in perpetuity, adding new floors and maintaining it as a ‘living’ project.

Bonus Levels’ romantic landscape- a violent contrast with the post-industrial drabness of Hackney Wick- is by no means incidental to the work either. While it may be overstating the case to call it a ‘political’ work, it functions as an intriguing comment on the plight of London’s independent galleries and artists; priced out of areas once synonymous with creative endeavour, they find themselves relegated ever further towards the city’s margins- might means one day relocate them from bricks and mortar to pixels and graphics? Brevity precludes an essay on late-stage Capitalism, but Lek articulates these worries with effortless dexterity.

Bonus Levels was part of Art Licks Weekend 2013. It will be available for download soon from bonuslevels.net.