The Wild Flowers (wildness is contextual!) group exhibition is on at London’s Narrative Projects, opening July 20 and running to September 16.

Noronha Feio is a London-based artist whose practice is focused on, “transcending the limitations of any single culture through the introduction and inclusion of multiple cross-cultural visual vocabularies.” He often works with performance, video, drawing, painting, photography, rug works and multimedia installation.

share news item
The Futures group exhibition is on at Vilnius’ CAC (Contemporary Art Centre), opening April 14 and running to May 28.
Curated by Gerda Paliušytė, the show includes work by Cory Arcangel, Pierre Bismuth, Carlos Noronha Feio, Ulijona Odišarija and Shimabuku among others, as well as a performance on the opening night by JL Dianthus.
The exhibition takes its inspiration from Joshua Rothman’s article ‘The Nostalgic Science Fiction of The X-Files‘ (2016) in the New Yorker that relates “the rebirth in popularity of retro-futurism with the confused political policies of the current age, and our anticipation of global catastrophes.” Commenting on these ideas of cinematic nostalgia, the work brought together asks questions about our fears and desires for the future, and the processes that construct our ideas past and present.
See the CAC (Contemporary Art Centre) website for details.**
share news item

Carlos Noronha Feio is presenting solo exhibition As you do on earth… at Moscow’s Galerie Iragui, opening September 6 running through October 1.

The exhibition is co-hosted by London’s Narrative Projects and is the first solo show in the Russian capital by the London-based artist. The title comes from the 1924 Soviet silent sci-fi film Aelita. It quotes the intertitle from the scene where ‘Aelita’, who lives on Mars, first encounters ‘Los’, a visitor from Earth. She asks him ‘Touch my lips with your lips – – as you do on Earth’. In this poetic manner, Noronha Feio “underlines the gap in communication inherent within any form of intercultural exchange”.

The artist’s practice is focused on “transcending the limitations of any single culture through the introduction and inclusion of multiple cross-cultural visual vocabularies”. He often works with performance, video, drawing, painting, photography, rug works and multimedia installation. 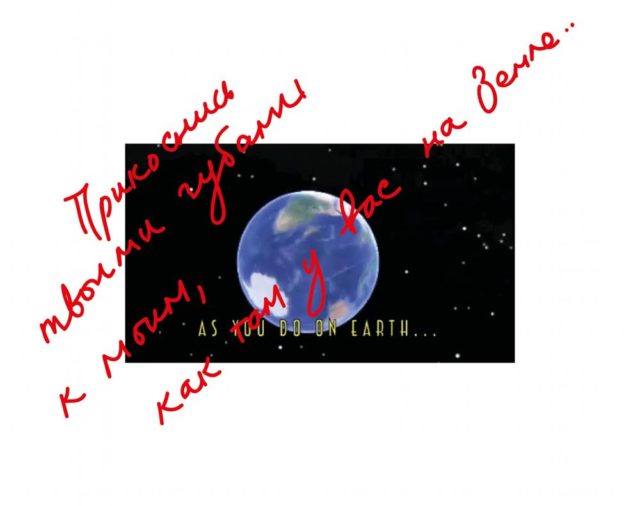 Curated by Paul Carey-Kent, the exhibition intends to emphatically celebrate, “somewhat mournfully”, the current diversity of the London art scene by focusing on what’s being made by artists who come from EU countries, but live in the British capital.

The Lisbon-born, London-based artist is a member of ‘anonymous’ contemporary art collective Pelican Haus with Richard Parry and has taken part in the AFA group show hosted by 63rd-77th steps in Bari.

This solo exhibition comes introduced by an excerpt of a text responding to the Feio’s work by writer and art historian Yvette Greslé, where his ongoing preoccupation with “questions of nation, nationalism and identity” emerges in the “visual, sonic and associative worlds” of objects, images and sounds that are “from the points in space and time to which they are imagined to belong”.

Here’s an exhibition curated by project “staircase” founder and artist Fabio Santacroce, whose 63rd-77th STEPS usually presents its works on the last 14 steps of an abandoned 20th century building in the cosmopolitan ‘Quartiere Libertà’ in Italy’s Bari. It moved off-site to occupy a deserted bank over three days for AFA, from September 25 to 27, as part of a festival promoting a temporary revitalisation of the defunct businesses on Via Manzoni. The symbolism of reinhabiting a financial institution with art is unmissable, particularly in light of the recent GEC; the ‘occupy’ movements and soft selling gentrification to follow. The result is a dynamic and politically conscious global art community to emerge and the rather depressing awareness of the role these very artists play in the regeneration and corporatisation of online and offline space within neoliberal markets, thus effecting their own eventual eviction.

Hence the temporary positioning of AFA at the center of this derelict monument to late-capitalism as  Joey Villemont‘s ‘relaax.in‘ website is projected onto a wall. It promises “a soothing atmosphere” for expelling the anxiety of internet connectivity, without simply disconnecting. Wavy images and soundtracks from artists like Hannah Lees, Rachel de Joode, Joey Holder and Ian Swanson provide a digital remedy for a digital problem, keeping its audience online at all costs. Much like YouTube channel GentleWhispering, a woman exhales “I am creative” over the undulations of a cushion-covered car in Antoine Donzeaud‘s ‘I Choose to Awaken’, mimicking the market-making mechanism of fixing its own malfunctions.

“Create new oceans”, announces the opening voice-over for Daniel Keller‘s ‘Blue Ocean Strategy (Eclectic Offshore)’ mix, playing through an iPhone hanging from a bit of Bari driftwood. It’s financial advice from a disembodied man’s voice that declares companies should be generating “uncontested marketing space” rather than competing head-on in one that already exists. This is no doubt instruction best heeded by a bank’s ‘Triple A’ clients – those ones with the highest credit rating and infinite borrowing capabilities, ensuring a competitive advantage and exponential growth. Thus Santacroce inserts these ‘AAA’s into every ‘a’, of every volume of Karl Max’s Capital with ‘CAAAPITAAAL’, while Carlos Noronha Feio (also of ‘anonymous’ collaborative art project Pelican Haus) materialises bonds as  luxury items for the lucky few in ‘Silk Scarfs as Bonds V and VI’.

That’s all while Ilja Karilampi‘s big finance in the labour of fun and frippery comes in android screen conversations-as-window stickers (“Apparently we had 3 way kiss ?”) greets you at the door. It’s data inserted into a display that’s visible from both sides. Filthy-rich though frugal Scrooge McDuck is looking from the “LOBBY”. **