As part of the ongoing FOREPLAY series promoting collaborations between performance artists and cooks, the “performative meal” will feature seven dancers creating a solo for their own private song which in turn inspired a seven-dish menu.

The pieces by the performers — including Jeanne Sardou, David Bloom, Rachel Bo Clark, Louise Dahl, Frederic Gies, Anna Nowicka and Jos McKain  — will be presented and served “in a dialogue combining movement and flavour – a playlist of senses.”

The Reading Bodies: A Gathering of Inner S(h)elves, a two day-long “exercise of narration composed of different voices”, is on at Berlin’s Agora Rollberg on July 29 and 30.

Ambiguously described as “a composed space as a fleshy archive, which will develop through a program and series of artifacts” and facilitated by Lorenzo Sandoval, the event expands upon Aby Warburg’s articulation of the ‘law of the good neighbor’. Which, was applied as a method in approaching unknown books on library shelves by choosing to look at the book next to the one that is familiar, in order to introduce chance and change the direction of one’s research.

The press release suggests that this proposition about libraries could be “an operative translation to the understanding of the body as an archive” that “talks about history, present conditions and potential desire”. 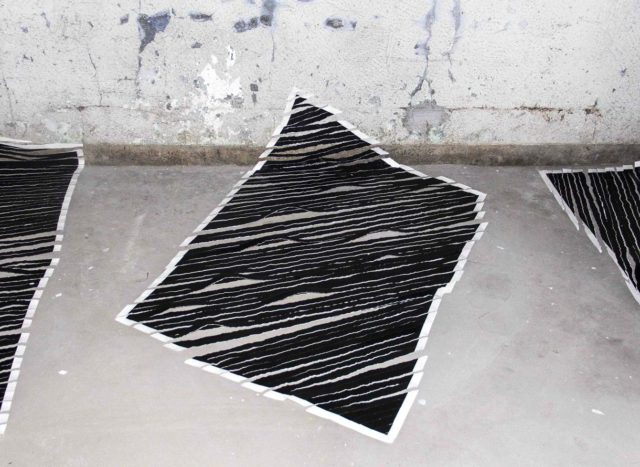 The AFFECT 1: WHILE WE WORK: A Temporary State of Affairs group exhibition is on at Berlin’s Agora project space on May 27.

Hosted by the artist run collective and curated by Judith Lavagna, the show is conceived as a time-based structure for one night. WHILE WE WORK operates as a storyteller and as a score that oscillates between the liveness and the memory of Agora’s work in relation to their building —a space in constant mutation, where working phases and changes of plans are part of its daily construction, as well as the multiple informations, stories and rumours that have been circulating.

Included in the Agora Rollberg space —the collective’s second, which the coming exhibition will ‘unveil’ and ‘witness’ —is the work of Berlin-based artists Nicolas Puyjalon, Chile-born Michelle Marie Letelier, duo Anne Fellner & Burkhard Beschow, who were a part of Comedy Club that aqnb reviewed earlier this month and Paul Barsch.

Affect is Agora’s central programme running for the majority of 2016, acting as co-host to the events that take place at Rollberg, kicking off with this show, collecting and archiving the work within Agora’s work as a whole.

A new collaborative project from Hanne Lippard and Natasja Loutchko comes to Agora in Berlin as part of ‘Everything Under the Sun’ series on October 31.

Drawing on the stages and timings of a dinner party, the artist’s unfold an array of performative actions in their new work, ‘In Your Mind, Out of your Body Experience’. The duo challenge popular conceptions surrounding discourses of ‘health’ and explore the ambiguities involved in notions of sustainability as well as ideas of cleansing. A blend of text, sounds and other media suggest new alternative ways of knowledge formation.

The event is part of a broader programme bringing together artists and specialists to consider current issues related to climate change and alarmism.

Berlin, it is widely known, is a global centre of the “emerging” artist, even if said artist doesn’t emerge from his nightlife long enough to see the sun. And the city, now nearly profligate with pop-up project spaces, has decided to dedicate an entire summer month to nothing but. In what (in retrospect) seems a curiously belated move, Berlin celebrates its inaugural Project Space Festival Berlin, inviting 30 of these sites throughout the city to open their doors with a different surprise event scheduled for each day of August.

To open the festival, the Import Projects curatorial initiative screened Austrian artist Ursula Mayer’s contemporary art film, ‘Gonda’ (2012), written by Belfast-born writer Maria Fusco and partially shot in a real-life smoking volcano. The event, titled Vibration / Frequency / Substance, was followed by a conversation between Mayer and curator Nadim Samman, discussing the artist’s approach to narrative structure and notions of the “queer audience”. Despite the seeming abundance of art events on any given night in Berlin, the screening ran past capacity, dozens of nodding heads spilling out of the small room and straining to see amid mid-20s Berlin.

As with anything amalgamating 30 distinct artistic ideologies and practices, Project Space has the potential to be diverse at best, disjointed at worst. Following Import Projects’ Friday film screening, the festival’s opening weekend introduced Agora‘s ‘Stravaganza’, a group performance installation involving, among other things, a man in a billowy white dress that stretched across the Neukölln space’s garden, as well as tête‘s culinary art event, Hors d’œuvre: The Secondary Concern.

What follows is a curious line-up of “surprise” events in the festival’s opening week: a performative lecture on the current sound installation by Eva Kietzmann and Petra Kübert for uqbar; an evening of visuals and performances titled Preview Tableau Vivant at Grimmuseum; and the new (edible) works from multi-disciplinary artist and chef, Søren Aagaard, for Kinderhook & Caracas.

The festival’s second week brings a whole other slew of miscellaneous events with LEAP‘s
LMSTFU/Let Me Search That For You, an “internet search battle” accompanied by a BBQ and music by Nadav, Kleine Humboldt Galerie‘s exhibition on the historic architecture of the Berlin Agriculture College, titled raumbestandserhebung, as well a reinterpretation of Hungarian composer Béla Bartók’s last and unfinished work for the viola by artist Daniela Gugg for Lage Egal. The week rounds out with Ozean‘s Ocean Plays, inspired by the 1998 Italian drama, The Legend of 1900 and Archive Kabinett‘s discussion on art and feminism, geopolitics, and speculative futures between Caitlin Berrigan and Beirutopia photographer, Randa Mirza. At insitu, the first artist collaboration between Tobias Dostal and Ariel Schlesinger, Magic Tricks, promises “moments of deception and illusion”, while Center‘s Stoneroses group exhibition –include Sandra Vaka Olsen and Mirak Jamal –comes close to ending the month.

By mostly only revealing events for the first two weeks of the festival, Project Space forges ahead with an air of last-minute mystery. Some of the venues –such as the Selda Asal-founded Apartment Project (one of the first artist initiatives in Turkey) –have yet to announce their events, and all that’s left to go on is the promise of eclecticism laid along the conceptual platform of the project space.