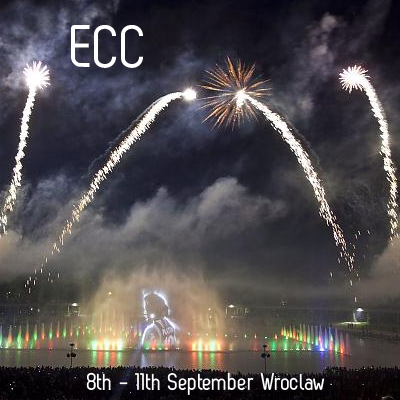 Events that inspire people…. there are quite a few in Europe nowadays… TED Talks, Offf festival, Fringe…. most of them throughout the summer so you get the opportunity to pair up your summer vacations with some good music… Sonar, Exit, Lovebox… and enter the autumn with all design shows & dedicated festivals just before cold winter forces you to stay at home.

One of those pre-autumn great unmissables  is  the European Culture Congress @ Wroclaw (at the same time Poland hosts the EU presidency), a first for this kind of event in one of the most culturally iconic capitals in Poland (situated in the south west), a beautiful landscape portrait of so many central European influences… Germans, Austrians, Czechs… they all have ruled & influenced over the city. Now it’s a perfect location of a trans-European cultural festival.

The ECC could be described as… an intensive shoot of modern culture in just four days… non-stop inspiration with exhibitions, concerts, films, theatre performances, and panels, so you don’t have much time to get bored or … get drunk.

Organized by the Polish Ministry of culture, the national Polish Audiovisual Institute and obviously the city of Wroclaw the whole event it’s still pretty much under preparation (hey… still 7 months to go) but a few big names of the whole line-up are already starting to be unveiled…

Like for example the musical collaboration between Penderecki, Aphex Twin & Greenwood. Quite a wild & interesting work has to come out from the heads of this Polish composer, and couple of Brit electro & rock geniuses.

Or the always amazing fireworks compositions of French Group F…

You’ll have debates about open culture, copyrights & the value of art with experts like Oliviero Toscani, Julia Rowntree or Larry Sanger, participate in video documentary collages competitions, or heavily reflect about the future of Europe and “this mosaic of diasporas”.

Prices & ticket modalities still have to be unveiled (we don’t think this is coming cheap, especially a global pass), but given that it’s a publicly financed event, we really hope it won’t be too expensive. We’ll keep you updated (more info on their website of course).

In the meanwhile (besides buying your tickets to go to Wroclaw) you can start dribbling by looking at the already proposed agenda. Quite something.